Roger Federer is through to his 12th quarter-final at Roland Garros after a serene 6-2, 6-3, 6-3 victory over Leonardo Mayer on Court Philippe Chatrier.

The win sees Roger make his 54th major quarterfinal appearance and he was never troubled by the Argentine as he broke five times in the match to come through in just 1 hour and 42 minutes.

The Swiss will next face Stan Wawrinka who came through a five-set epic against Stefanos Tsitsipas in a match that lasted over 5 hours. 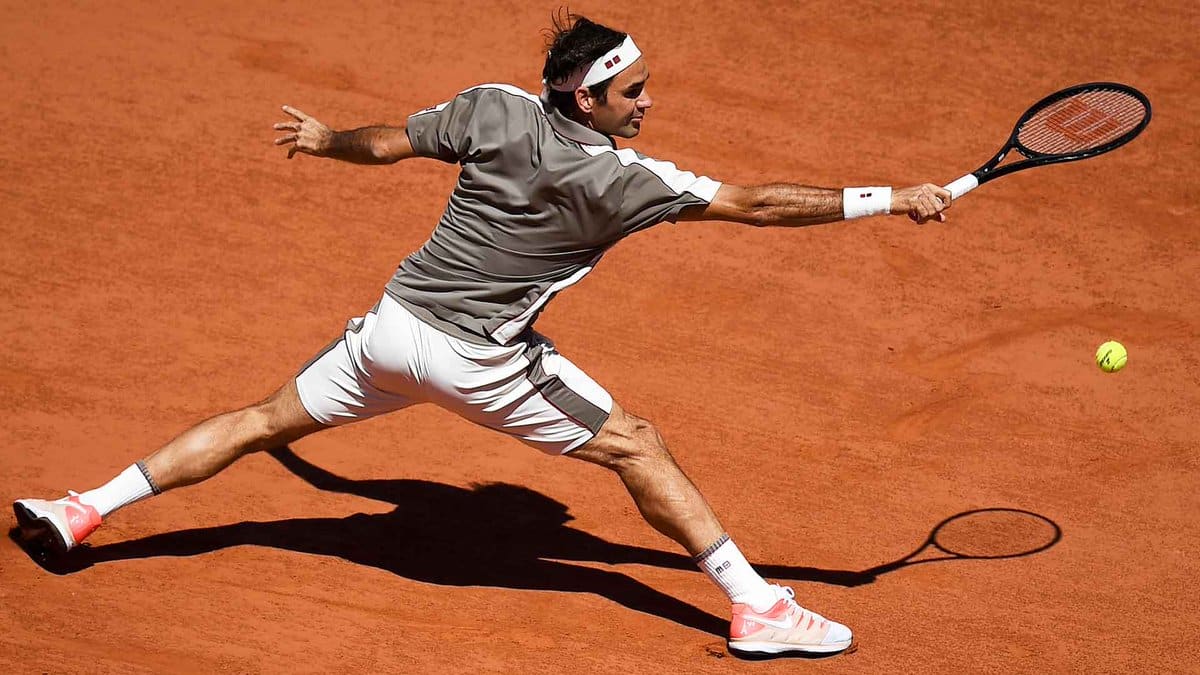 Mayer won the toss and elected to serve. Roger won the first point and although Mayer had game point at 40-30 he was broken after a drop shot and backhand pass from the Swiss.

Roger was then pegged to deuce, but he came up with a crisp serve and volley play to hold for 2-0. Mayer got on the board in game three but he was in more trouble by game five as Roger took away his time and the pressure saw him commit a double fault on break point.

Into set two and with Mayer looking all at sea he was immediately down a break, again undone by the short slice.

Roger consolidated to love for 2-0, and from there he was on cruise control for the remainder of the set, with the only real danger when he was forced to deuce in game eight.

However, Roger held and then broke Mayer to take a two set to love lead which saw the disconsolate Argentinian sky a ball into the stands.

With Mayer having never beaten a Top 5 opponent in his career the odds didn't look great for him at two sets to love down, but he did try to make a fist of it in set three; saving four break points in game four.

However he wasn't able to ever find any breathing room on the court, and in game six Roger took control, crafting a brilliant point on break point with the slice and forehand to lead 4-2.

A love hold consolidated the break for 5-2 and although Mayer held for 3-5 his stay on Chatrier was soon over as Roger served it out to love to move into the Quarter Finals. 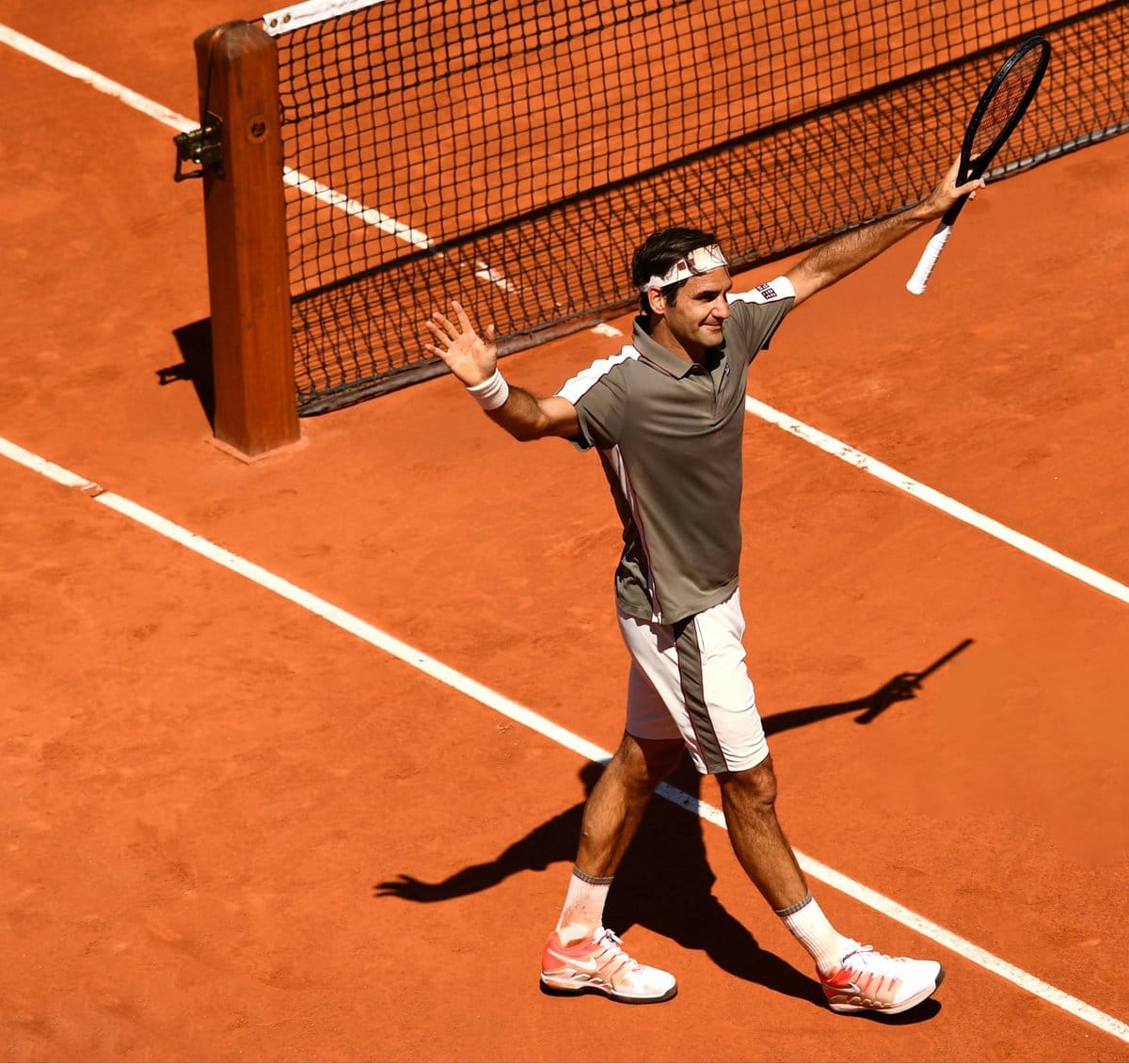 When it's these kinds of conditions, it's fast, it's swirly, especially on one side, you have a lot of wind in your back. It's like you're serving from sort of a tree, from a mountain. And from the other one, you feel like you're playing up the hill. so I feel like it's about focus, I did that well, and I'm very pleased with the game.Federer on his win over Mayer

A cruise control win here for Roger against an opponent that had no real answers on the day to combat his suffocating style of tennis.

I hadn't quite realised how bad a matchup Roger was for Mayer, perhaps the Shanghai thriller skewed my perception, but the Swiss gave him no time on the ball and rushed him throughout.

The Argentine has huge looping swings on both wings which means he can generate power but he needs time to wind it up, take that away, and he doesn't have any go to plays to win points. Combine that with a warm but relatively breezy Parisian afternoon, and they're not the sort of match conditions he's going to enjoy.

I did also read before the match Mayer was suffering from a muscle tear in his leg, which may explain a below-par performance and he certainly never had the look of someone who believed he could win.

As for Roger, it was another ultra-efficient match; it's the first time he's made the Quarter Finals in Paris without dropping a set since 2011, and so far his four matches have lasted an average of 1 hour and 47 minutes each.

Just like his previous three matches, he again exploited a player who can't handle the short slice and is able to take over with his forehand off the reply that sits up nicely in the midcourt. He lost just five points on serve in the opening set, didn't face a break point in the match and won 45% of his return points to create ten break points and convert 5 of them. Rock solid.

The only negative if you can call it that? He's not had any real tests so far apart from the third set against Ruud. Other than that his opponents have either been overawed or flat so I think it's impossible to say how well he's playing, other than his level has been far too good for what has been put in front of him so far 🙂

Next up is Stan the Man who overcame Stefanos Tsitsipas in 5 hours and 10 minutes. I watched a good chunk of the match and it was a high-quality affair from both players.

Stan looked the stronger of the two in the early part of the match but I thought the Greek looked like he had more in the tank in the fifth. However, Stan dug deep and converted his second match point on a defensive slice that curved in and clipped the line.

I'm sure Tsitsipas will rue the fact he had 27 break points and only converted 5, 8 of which were in the final set and he won 1 more point in the encounter but it was one of those matches where both guys deserve to win.

Stan now has a day to recover but I'm sure he'll be feeling some of the effects of the match when he faces Roger on Tuesday in the Quarter Final. That gives Fed the advantage as you need to be on your game physically against Roger as he will make you work for every point.

Wawrinka can be hugely destructive as he proved in 2015 against Roger but I think Fed is the favourite to come through given freshness.

What are your predictions again Stan? Let me know in the comments.