Roger Federer's US Open Series is finally underway after the Swiss saw off Peter Gojowczyk 6-4, 6-4 in the second round of the Western & Southern Open in Cincinnati.

It was his first competitive outing since the loss to Anderson at Wimbledon and the recently turned 37 year old needed 72 minutes to defeat the German and setup up a tie with Leonardo Mayer in Round 3. 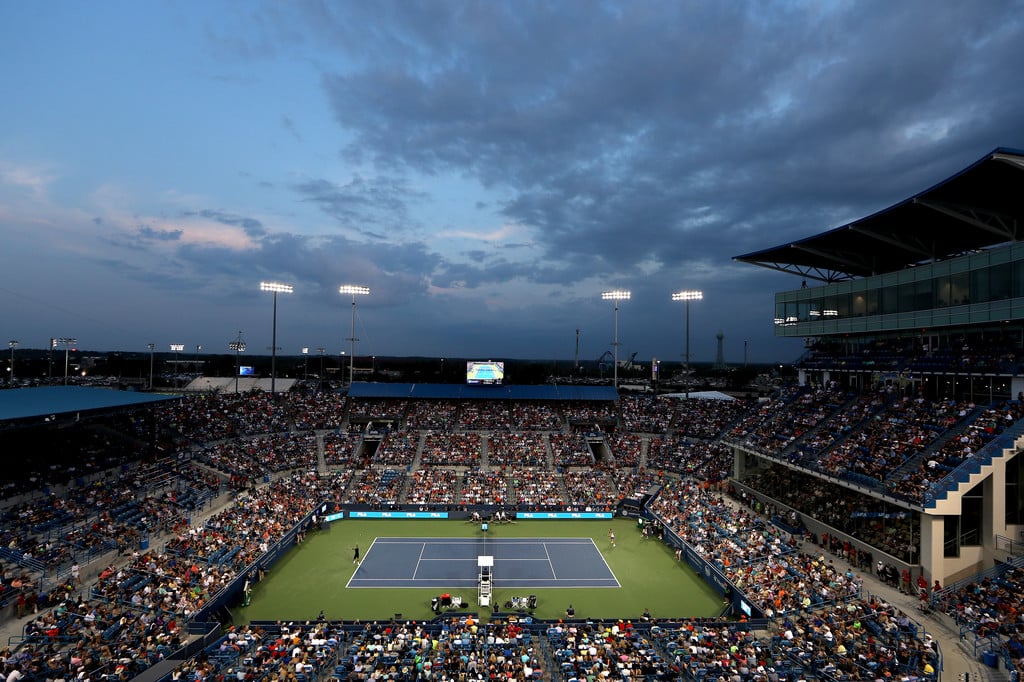 Federer won the toss and elected to receive. Gojowczyk held to fifteen before the Swiss came through a ropey opening service game, saving two break points after throwing in two double faults.

Gojowczyk was then pegged to deuce en route to holding for 2-1 but in game five he relinquished his serve. Roger then held to love for 4-2 but had to save two more break point in game eight for 5-3. He went onto secure the set 6-4.

Into set two and Gojowczyk got off to a poor start, double-faulting to give Roger a break point which he converted for 1-0.  The break was consolidated despite another double fault at 40-30 and from there Roger settled holding his next four service games without any trouble to take it 6-4 in the second.

A reasonable start here from Roger who played well enough when required; a bit rusty as you'd expect especially on serve but by the second set he found his feet and was the better player. He certainly looks fit and lean, moved pretty well and came up with the goods when down break points to save all five of them.

I've not seen much of Gojowczyk before but he hits a very flat ball and goes for his shots. From the camera angle, the court looks to be playing quickly which aids his game style and it wasn't the sort of match where Roger could settle in on the baseline to find a rhythm. Had the German had a bit more about him and didn't have the added pressure of playing the GOAT in front of a full house of Federer fans he could have probably sneaked the first set; he did have chances but his game is fairly low margin and once Roger got the lead he was able to front run nicely in the second set to come through untroubled.

Next up is Leonardo Mayer who defeated Lucas Pouille in straight sets. The Frenchman had seen off Andy Murray in a topsy-turvy match on Monday and doesn't seem to have much consistency of late. Mayer, on the other hand, is on a bit of a run at the moment, making the final in Hamburg recently where he lost to Berrettini.

Roger leads the H2H 2-0, the most recent meeting being at the US Open in 2015 which was a routine win. However, the more interesting math was the one in Shanghai a year earlier where Mayer had match points and ran Roger very close. The Argentine has a big game so if he's got a hot hand he can be a danger to anyone; he played well against Nadal last year at the US Open, for example, winning the opening set but consistency isn't really his strength. He seems to like quicker courts though but I think Fed wins in two tight sets, maybe a tie break.