Roger Federer is into the Dubai Duty-Free Tennis Championships quarterfinals after battling past Fernando Verdasco to record his 50th match win at the Aviation Club.

Despite being dragged to three sets for the second time in as many rounds the Swiss came through 6-3 3-6 6-3 and will next face Hungarian Marton Fucsovics who beat Jan-Lennard Struff 6-4 6-2. 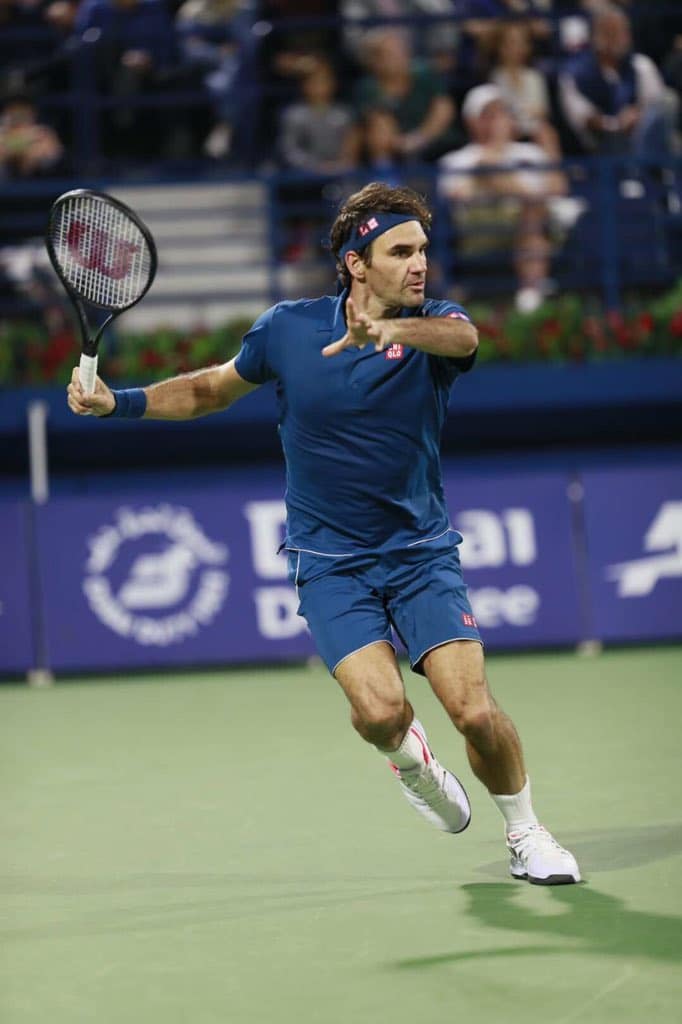 Verdasco won the toss and elected to receive. A 71-second hold put Roger on the board before the Spaniard responded with a love hold of his own to level.

Verdasco's confident start was soon derailed when in game four he framed a second serve into the stands to drop serve. That put Roger 3-1 in front and he accelerated away, serving and volleying into Verdasco's backhand which could only float in returns and he held with ease.

The set ended 6-3 with Federer losing 5 points on serve, two of which were double faults. He hit 15 winners to 11 unforced errors in what was a solid 27-minute opening set.

Into set two and Roger had an immediate chance to finish Verdasco off with a break point but the 35-year-old saved it to hold for 1-0.

Buoyed by the hold, Verdasco upped his game, Roger's, however, went backwards and he switched up his service strategy completely, going into Verdasco's forehand. That tactic didn't pay off and he was broken for 2-0.

A quick hold to fifteen put Verdasco up 3-0 and from there he was able to play freely, teeing off with some trademark forehands to maintain the break and take the set 6-3 without any trouble on serve.

With Verdasco winning just his second set in seven meetings against Roger he must have felt confident heading into the decider and he was able to maintain a high level in the opening exchanges, holding a break point chance in game three which Roger saved with an ace.

While Roger's level of play had dropped off in set two, he slowly began to crank up his game again in the decider and after holding to love for 4-3 he put together his best spell of play in the match; capitalising on a lucky net cord before firing off a forehand after a lengthy rally to break for 5-3. The Swiss then served it out to love  in  style to move into the Quarter Finals. 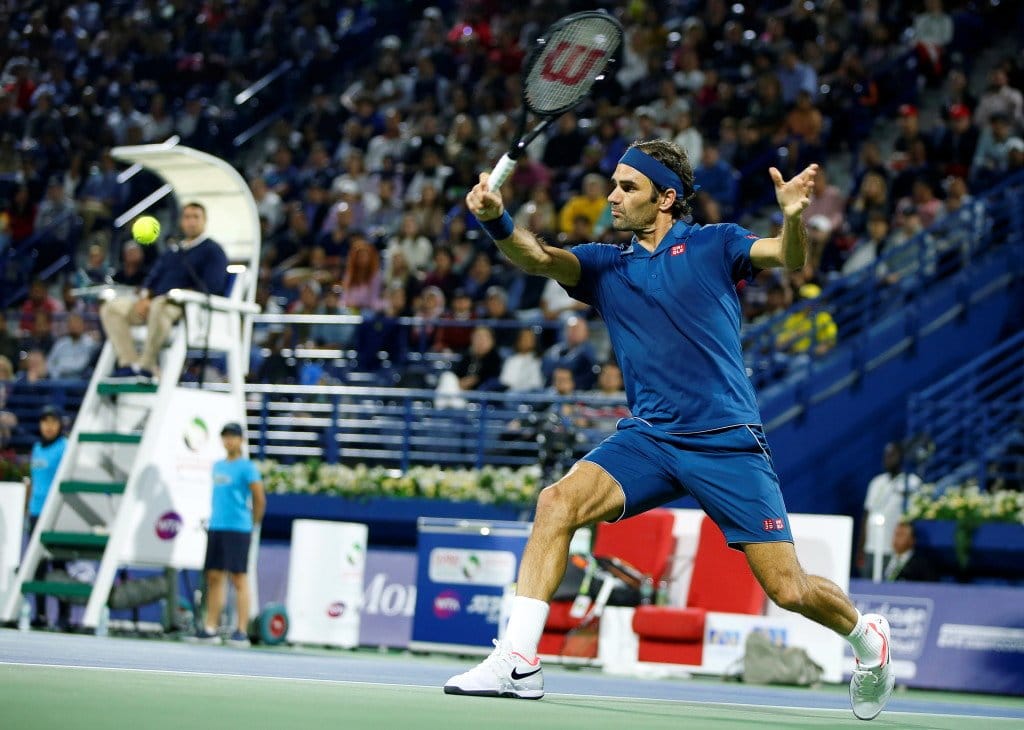 I'm happy I actually stayed calm throughout the game. I felt like I was having a good feeling out there. Even though I wasn't playing my best, I still felt like it was going to fall my way when it really mattered. I think that confidence is kind of important in sports or tennis. I'm happy I had it today, I played good at the end. I had the serve when I needed it, had some good shots, a good point on break point when I needed it. That was nice to win it that way.

After looking untroubled on serve in the first set it was a weird decision in the second set to switch tactics completely when he was having so much success by coming in behind serves into Fiasco's backhand.

The Spaniard was getting hugely frustrated when he could only float returns into play then all of a sudden Roger was serving to the forehand which game gave him some rhythm. That loosened him up, helped him move better on the baseline and he started going for his shots to take the set.

Fortunately, Roger managed to get it together in the decider and although he was lucky with a net cord to set up break point, he played a well-constructed point to break through. If you're being uber critical he could have pulled the trigger far sooner in the rally but Verdasco also refused to go big when he had the chance and Roger finally nailed a forehand to break.

As for Verdasco, he played a reasonable match too but he just clowns up at the wrong time. He has the game to beat anyone but often beats himself with wild serves and balls he should never miss. Even in the penultimate game after looking solid for most of the set he lost the first point off an easy forehand putaway by firing it long. A shame really as the guy has all the weapons to be a multi-slam winner. 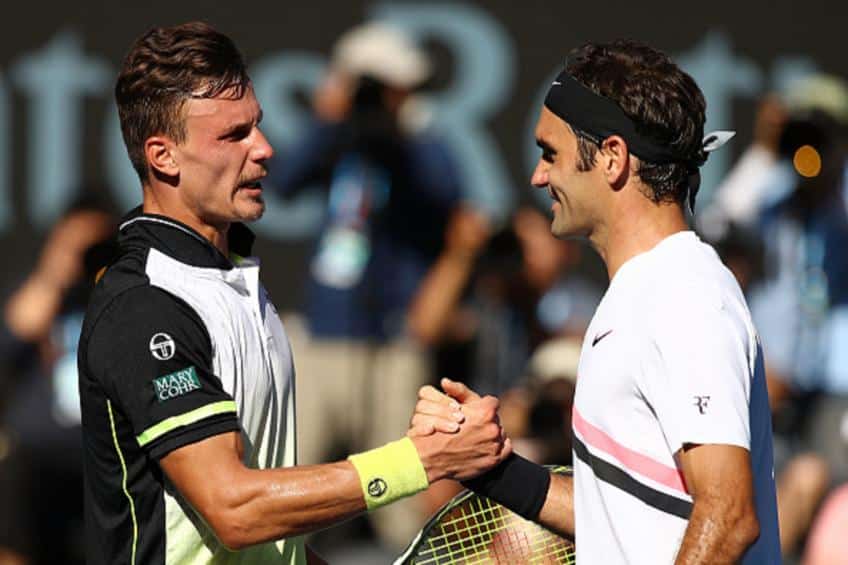 Next up is Marton Fucsovics who beat Jan Lennard Struff in straight sets. The Hungarian has been in good form this year, taking a set off Djokovic in Qatar, making the final in Sofia and the Quarter Finals in Rotterdam so he'll be a stern test for the Swiss.

Roger has played him once before at last year's Australian Open which was a fairly tough match despite the scoreline and the two have practised together in Switzerland so they know each fairly well.

Fucsovics was hyped when he turned pro as he'd been the #1 ranked junior and won Junior Wimbledon but he's not had a great deal of success on tour with his career-best ranking been 35 in the world which he achieved this season.

Based on Roger's level so far I could see him dropping another set as Fucsovics covers a lot of the court and will make a lot of balls. The good news is though that he doesn't possess anything out of the ordinary and plays a fairly standard brand of tennis that Roger has seen thousands of times over so he should have enough in his repertoire to come through.

What are your thoughts on the Verdasco match? Predictions against Fucsovics? Let me know in the comments.