We're underway in Monte Carlo and Roger got off to a blistering start defeating Radek Stepanek 6-1 6-2 in just 51 minutes.

It was cold, breezy and Federer's first match on clay since Gstaad last year but he was in fine fettle from the first point right through to the last. The Swiss converted all 4 of his break points and won 88% of points behind his first serve in a clinical performance, his first at the Monte Carlo Country Club since 2011.

For one reason or another Stepanek couldn't get his game going out there and Roger just took advantage by moving well and playing smart tennis. He never had to push hard to find the lines and going up an early break in each set was the peRFect buffer to relax and play freely. Cruise control. 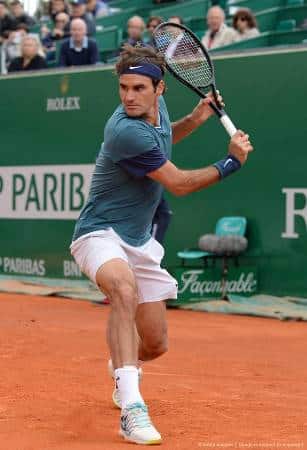 Unlike the meeting in Dubai against Stepanek where Roger got broken first game in each of the 3 sets, he was the one who got off to the flying start – breaking in the 2nd game to lead 2-0.

Stepanek found himself 40-0 up in his next service game but was pegged back to deuce after some erratic play before being broken for 4-0 after hitting a horrific double fault.

4-0 soon became 5 and all Stepanek could do was prevent the bagel before Roger served it out to take it 6-1.

It was an absolute clinic really, just 22 minutes and Roger made 90% of his first serves. I don't think Stepanek played particularly badly he was just forced into errors.

The second set was almost identical with Federer breaking in the opening game before holding to lead 2-1. The early break was always going to be enough and despite Stepanek having 2 break point back chances at 3-2 Roger saved them both with aplomb reeling off 4 straight points to hold. Another Federer break soon followed before he served it out 6-2 to make serene progress into the third round. 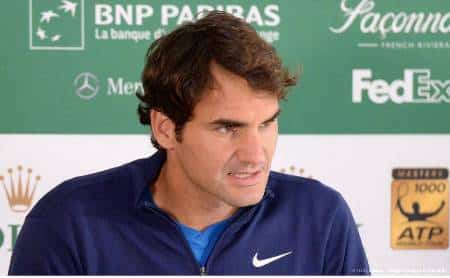 Not a whole lot to say on this one, just a clinic from Roger; never troubled and never tested against a former top 10 opponent.

Fed did a great job of nullifying the type of game the Czech likes to play and he dominated in all 4 areas – serve, return, baseline and at the net.

I don't believe Stepanek played poorly either, sometimes you can only play as well as your opponent allows you to play and that's the case here. The Czech just crushed Karlovic 6-1 6-2 in the 1st round so wasn't exactly out of form but here he never got a look in and that's primarily due to how Roger approached the game.

Fed was patient in all the rallies, played aggressive when he needed to, didn't give up too much ground on the baseline and used his offensive weapons in the right moments.

The stats paint the picture rather well with 4 out of 4 break points converted and his return game on song. The serve was again blemish free and it was the sort of efficient match we saw week in week out from 2004 to 2007.

Getting the job done in 51 minutes is a great way to ease into the tournament and keeps the confidence high for later rounds. His form has been very consistent this year so far and it looks set to continue here. Hopefully he can do deep at a tournament that he's historically underperformed at. 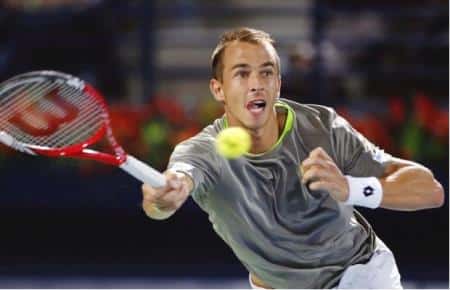 Next up is Stepanek's Davis Cup partner from last weekend, Lukas Rosol, who defeated Llodra in straight sets which is an impressive victory.

Rosol looks like he's adding a bit more consistency into his game lately so I think he will put up a better showing than he managed against Roger in Dubai where he only 4 games.

I fail to see how gets the W though but in 3 sets I suppose anything is possible with how he strikes the ball. Roger has too much though I think and will be able to mix it up plenty to throw Rosol out of sync. I'll pick Fed in straights 6-4 6-2.

Elsewhere most results have gone to the script and Fognini will likely face Roger in the Quarter Final. The Italian has been his usual self in terms of dropping serve from nowhere but he's winning matches he used to lose which is a big improvement for him.

Wawrinka surprised me a little today when he crushed Cilic 6-0 6-2 but this is one of his best surfaces and he always does well here so I hope he can be a factor at the weekend. The only other surprise was Monfils crashing to Carreno Busta but he's always been on my radar ever since Fed played him at the French.