Roger Federer is through to the fourth round of the Miami Open with a dominant 7-5, 6-3 victory over Filip Krajinovic in 1 hour and 30 minutes.

The Swiss improved to 52-14 at the second Masters 1000 event of the season putting in a solid performance that saw him land 14 aces and accelerate away from his opponent after a closely contested opening set.

The win sees him set a date with Daniil Medvedev who overcame Reilly Opelka three tiebreak sets in 2 hours 22 minutes. 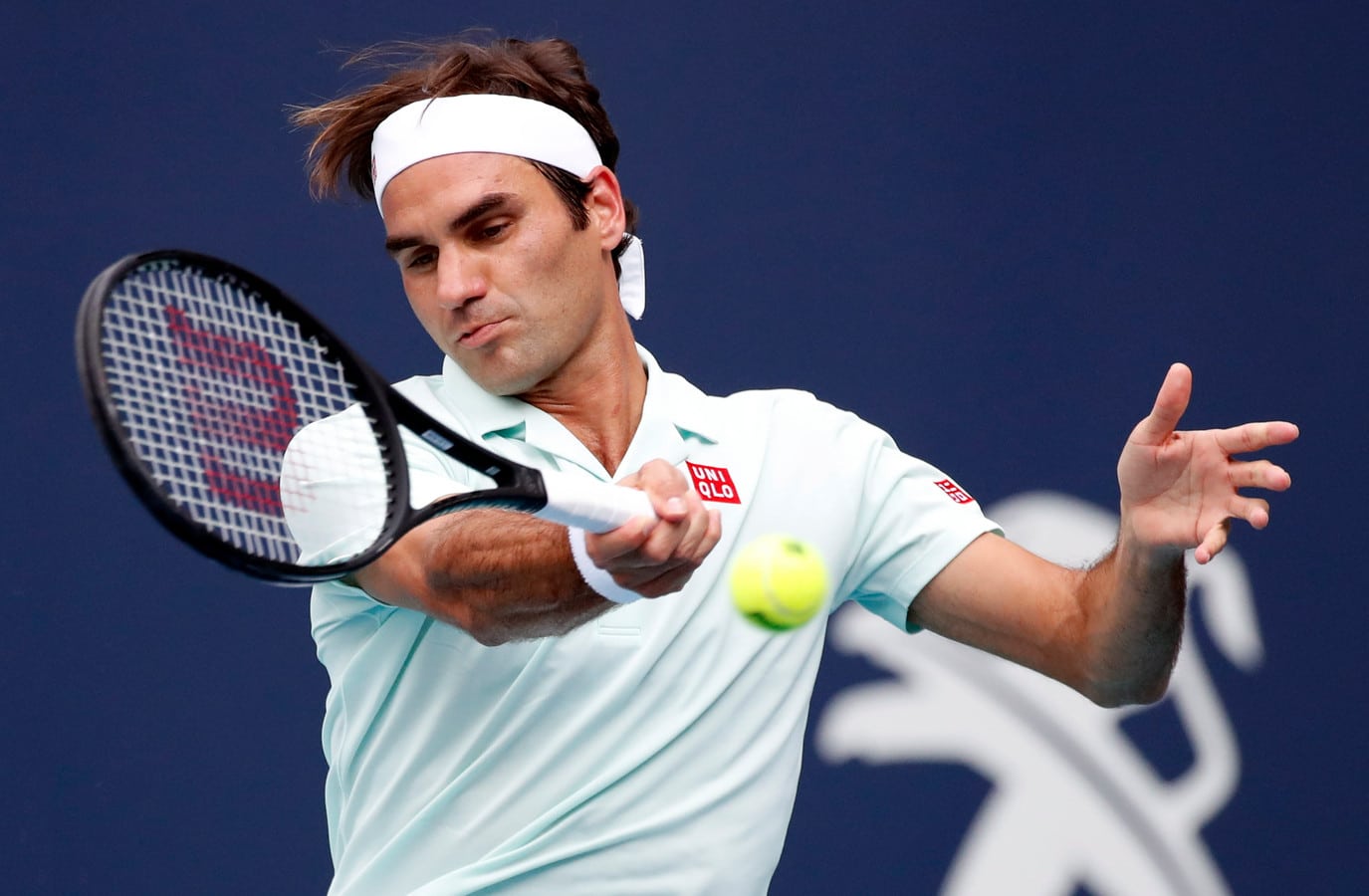 Krajinovic won the toss and elected to receive. Federer kicked off with a solid hold, featuring 2 aces and a successful Hawkeye challenge.

The Serb then levelled but had to save a break point and come out on top of a 25 shot rally to do so.

Roger then found himself in trouble, after Krajinovic showed great foot speed to track down a volley to give himself 0-30,  quickly dropping serve to love after missing back to back forehands into the tramlines.

The Swiss struggled to recover the early break in his match against Albot but he had immediate chances in game four, creating a breakpoint after forcing deuce. Krajinovic saved it, and a further two but he couldn't convert his own game point and Roger broke on the fourth attempt to level at 2-2.

A solid hold put the 3-time champion up 3-2 before a couple of well-executed drop shots got him in another return game before Krajinovic levelled at 3-3.

Roger then fired down a speedy hold to fifteen to lead 4-3 and fashioned a breakpoint at 30-40 thanks to a quality rally finished with a forehand winner. The Serb saved it with a solid 1st serve and saved another break chance before holding for 4-4.

Another easy hold put the Swiss up 5-4 and put the pressure straight back on Krajinovic. However, the former Paris Masters finalist eased it with a confident hold to fifteen.

It was then Roger's turn to survive a test, slipping to 30-40 but he raised his level just in time with three big serves to lead 6-5.

That gave Roger a nice shot of extra confidence and he was able to translate that into his return game, firing a solid return before Krajinovic double-faulted for 15-30 and Roger reeled off two more points to take the set.

Into set two and Roger kicked off with a solid hold for 1-0. Like the back end of the first Krajinovic was under immediate pressure, having to save a break point at 30-40 but he couldn't stave off a second as Roger broke for 2-0.

Roger then consolidated the break for 3-0 and by now he was in the groove, making inroads in virtually every return game and holding with ease.

3-1 was quickly 5-3 and Roger served it out in style, nearly playing the peRFect game missing a fourth straight ace by a whisker but he still served it out to love to move into Round 4.

Point of the Match 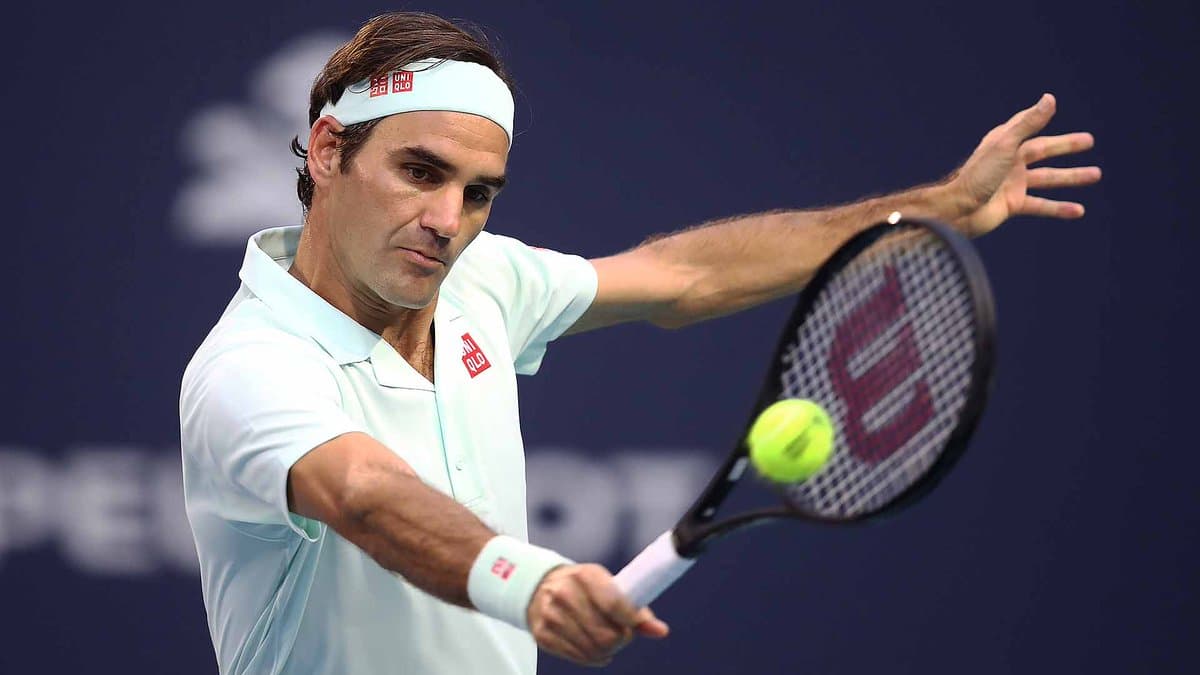 Yeah, I'm very happy. Especially because he’s been winning a lot of matches here and in Indian Wells. You can always feel that in a player like with Albot in the first round. They know what they want to do. They stay calm till the very end. They believe they can turn it around. But I was able to serve it out perfectly.

I think it was a good second match for me. Much more humid so I’m happy I played through this kind of conditions and I felt like I played a little bit better knowing the conditions.

A high-quality performance from Roger here and a much-improved display compared with the opening match against Albot. I think he looked far more au fait with the conditions and even though the court is not exactly tailor-made for his game speed wise, he's able to craft well-worked points and use angles + spin to cause opponents problems.

He again slipped down an early break which is risky business but this time recovered it instantly and from there was by far the better player.

Roger's return looked sharper today too and he was able to apply a ton of pressure by holding serve easily then going to work in his return games, mixing it up nicely with drives and chips to ask Krajinovic a lot of questions.

The Serb competed hard, for the most part, saving plenty of break points but winning just 63% behind your first serve and 43% behind the second doesn't often get it done in the pro ranks. In fact, he had to play 23 more points on serve than Roger which tells the story of the match.

Roger's numbers, on the other hand, all look top notch and he fired 14 aces, hit 35 winners to 23 errors and won 74% behind his first serve to come through in a dominant performance. 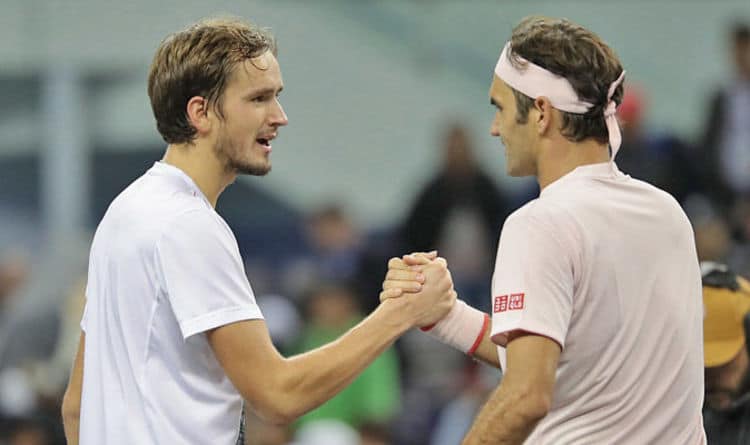 Next up is Daniil Medvedev after he defeated the big-serving Reilly Opelka in a match that saw all three sets end in a tie break.

Federer leads the H2H 2-0 with both his wins coming at the back end of last season. The first was a hard-fought win in Shanghai that could have gone either way, the second a more comfortable win in Basel en route to his 99th title.

So the good news is Roger has played him before so is relatively familiar with his game and I'm interested to see how this one pans out.

I think it's a tough one to predict as the surface and conditions in Miami in terms of speed don't really suit the Russian's game but they do allow him a lot of time on the ball and he likes to play deep behind the baseline to take bit cuts at the ball.

We know his style can cause Roger a few problems but if Fed comes out with the same sort of tactics as he did today against a similar albeit less powerful opponent I like his chances.

What did you guys think of the win against Krajinovic? Predictions vs Medvedev? Let me know in the comments 🙂