Roger Federer is through to his 17th Wimbledon Quarter Final with a mauling of Matteo Berrettini on Centre Court that saw him drop just five games.

The young Italian has been the one to watch on grass this season winning in Stuttgart and making the semifinals in Halle before progressing to the fourth round here but he offered little resistance, bowing out 6-1, 6-2, 6-2 in just an hour and 13 minutes.

Roger will next face the impressive Kei Nishikori who came through the tricky Mikhail Kukushkin in four sets over on Court 2. 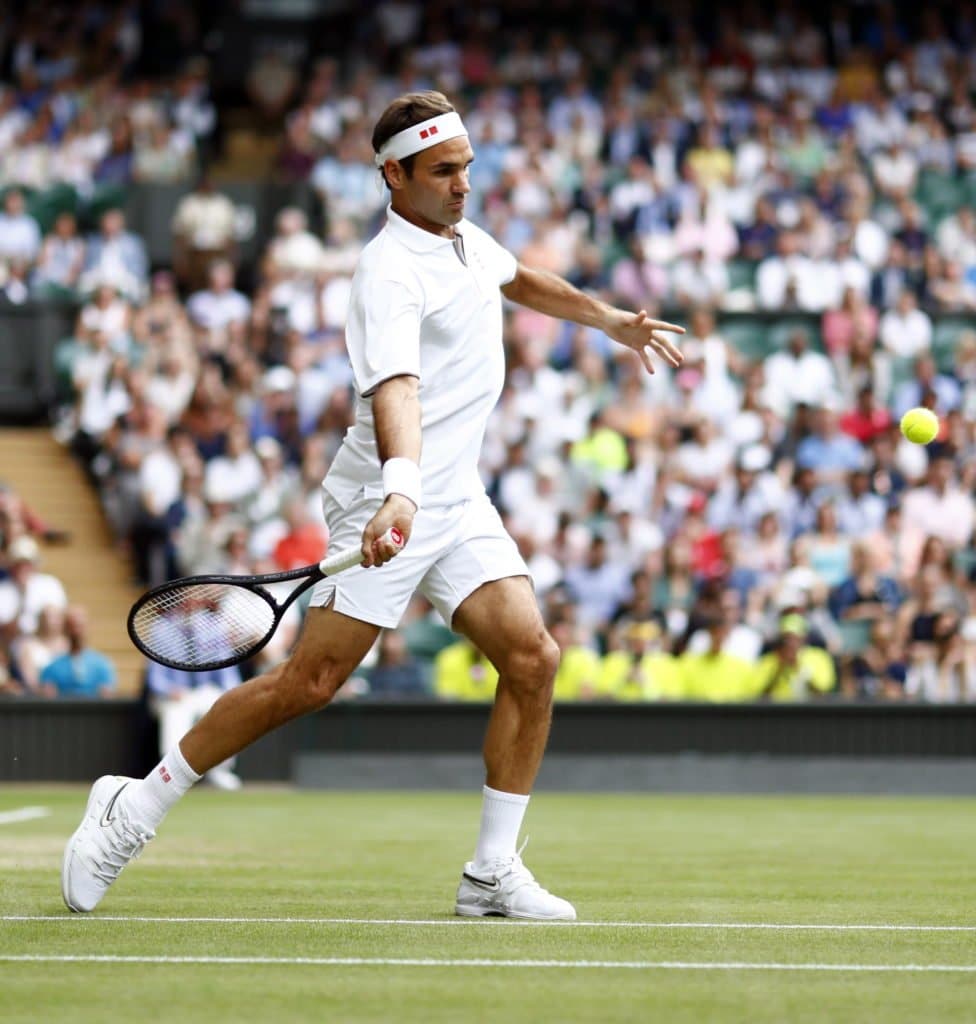 Berrettini won the toss and elected to receive. Federer kicked off with a love hold but the Italian matched him with four quick points to level at 1-1.

Another love hold put Roger up 2-1 and in game four he took advantage of some tame Berrettini errors to break for 3-1.

The Swiss consolidated to fifteen for 4-1 and a nervy-looking Berrettini wasn't able to handle Federer's short sliced returns and slipped down a double break at 5-1. Roger then fired an ace on game point to take the first set in just 18 minutes, winning 24 points to his opponents 8.

Into set two and the Italian started with a much-needed hold for 1-0. Roger then held to thirty for 1-1 with Berrettini chuntering to his camp that he was having trouble seeing the ball.

A wild smash saw Berrettini get himself in trouble at 15-30 and the Swiss broke for a 2-1 lead. A love hold consolidated the advantage for 3-1.

Berrettini was able to hold to love in the next game but with Federer cruising through his service game he was soon asked to serve again and he couldn't find the court, slipping down a double break for 5-2. Federer served it out to fifteen for 6-2.

The Italian then took a bathroom break to try and compose himself ahead of the third set but a disaster miss down 0-40 saw him lose serve immediately.

Roger again consolidated in the blink of an eye for 2-0 and with some slick court coverage set himself up another break point in game three. Berrettini fired down a bomb of a first serve but Federer's blocked backhand return landed flush on the line which checked the ball and Berrettini was left in a heap on the baseline after he lost his footing trying to readjust.

After looking imperious on serve, a couple of slack points gave Berrettini a chance to recover one of the breaks at 30-40 but Federer erased it to hold for 4-0.

The pair then exchanged holds before a love hold from Berrettini asked Federer if he could serve it out which he did to love to make serene progress into the last eight. 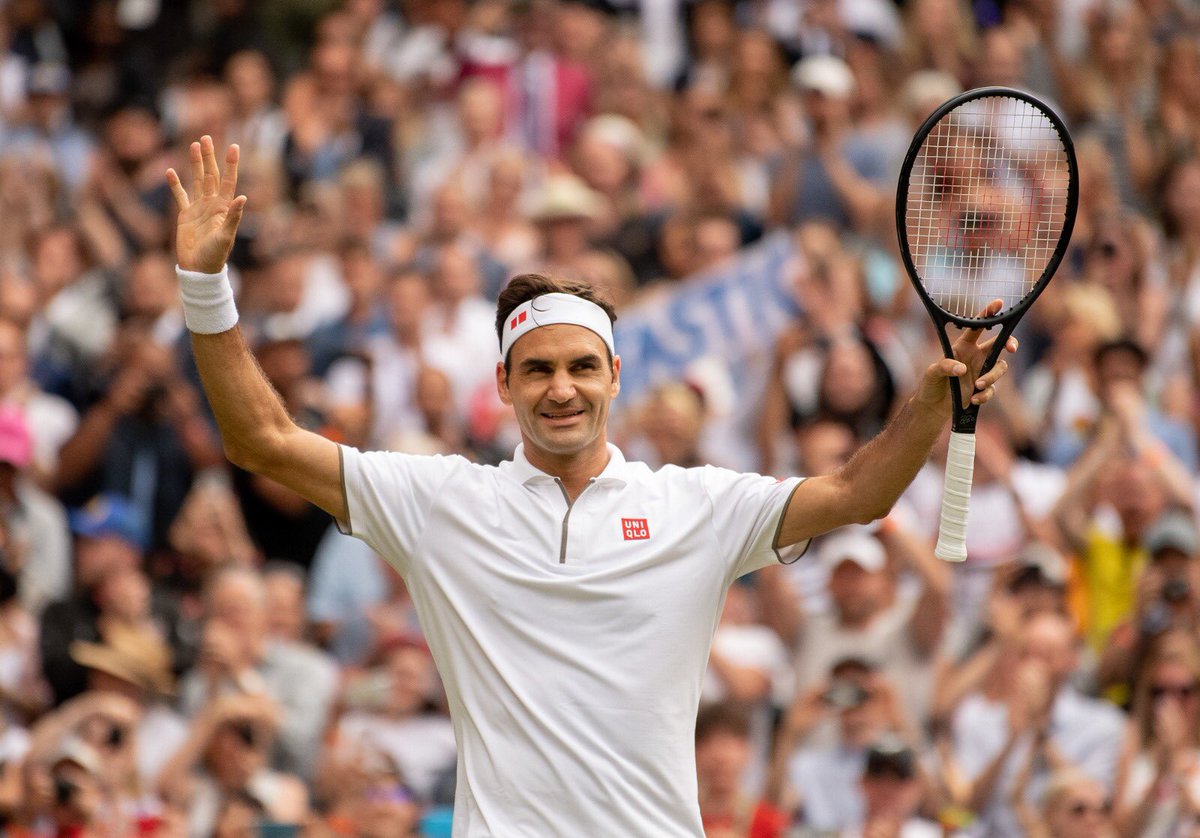 I'm very happy, I really got into a great groove, today I was really able to read his serve a bit, get enough returns in play and take control from the baseline, I thought it was a great match. It's amazing how little aces we see, he only hit a few even though he's serving over 130-mph, I'll take it. I'm interested to see how it's going to be against a stronger baseliner getting so few aces as well, just getting used to the conditions still a little bit but I'm very happy.  Federer on his comprehensive victory over Berrettini

A great win here for Roger and he made Berrettini look like a weekend hacker for the most part. I thought he came out right on the money, handled the Italian's big serve with ease and used his variety to cause Berrettini all sorts of problems.

For the Italian, it was one of those days where it never rains but it pours. He came out looking a bit nervous which cost him the early break, Roger got on a roll and trying to avoid embarrassment cost Berrettini crucial energy which he didn't have after playing for four hours on Saturday.

From there his footwork got sloppy, he had no rhythm due to Federer's changes of paces and everything just compounded to zap his self-belief. From reports, he was also complaining that he was struggling to see the ball due to the low-ish light levels and he was also seen massaging his calf during changeovers so that compounding effect really took it's toll and saw him produce a pretty whack performance.

However, take nothing away from Federer. He played great tactically, nullified the serve and was able to show off so many areas of his game that Berrettini will have rarely, if ever, seen before on the tour against previous opponents and it showed.

Next up is Kei Nishikori after he defeated Mikhail Kukushkin in four sets. The Japanese has had a solid Wimbledon so far and before today's match had faced the least breakpoints of anyone still left in the draw.

That's rare for Kei but in today's match he was broken three times and his serve will always be his Achilles heel so if Federer makes enough returns then I like his chances.

No secrets on the matchup, Kei has to return well, take Federer's time away on the baseline and hope his own serve holds up enough to get him over the line. Roger has to serve well, abuse Kei's weak serves and get on the front foot where possible from the baseline. Should be an interesting match, he faced a guy who looked clueless on the backhand today, next is Kei who has one of the best but I think Fed wins in 4 sets.

What did you guys think of the match? Predictions against Nishikori? Let me know in the comments.