The 3rd seed headed into the match as a heavy betting favourite given Stan's 5-hour marathon in the fourth round, but he was forced to work hard for the victory that came in 3 hours and 25 minutes.

After taking the first set, a string of missed opportunities caught up with Federer as Wawrinka levelled but by winning a crucial third-set tie-break and playing with more intention after a rain delay in the fourth he came through to advance into the last four for the first time since 2012.

The Swiss will next face longtime rival Rafael Nadal on Friday after he overcame Kei Nishikori in straight sets to make his 12th semi-final at Roland Garros. 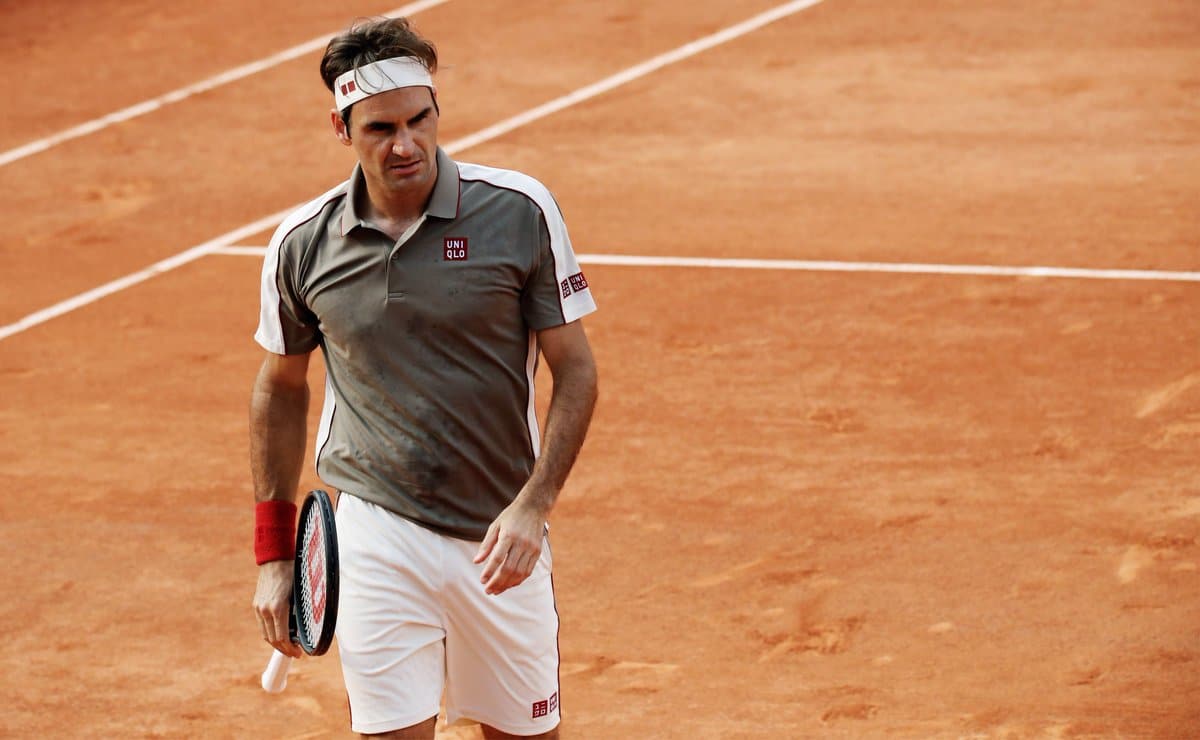 Federer won the toss and elected to receive. Stan was quickly down 0-30 and his fellow Swiss held break point at 30-40 only to rush the forehand which went long.

After Stan held, Roger held to love to level before Wawrinka fired a love hold of his own to lead 2-1.

Another speedy hold saw the scoreboard tick over to 2-2, and in game five Roger had his second break point of the match. but couldn't convert.

Roger's second love hold of the set put him level at 4-4 and two back to back holds from both players saw the set move into a tie break.

Into the breaker and it was the 3rd seed who got off to the better start, coming up with a ridiculous backhand after a Wawrinka barrage to hold his serve for 2-1.

Roger then snatched the mini-break for 3-1 but couldn't maintain the lead for long, failing to do enough with the first volley on his serve at 4-2.

Stan then levelled at 4-4 but slipped up to hand over another mini-break, and Roger took full advantage to take the set 7-4.

Into set two and after the pair exchanged holds it was Stan who got in front, converting his first break point of the match thanks to a big forehand.

Roger had two immediate chances to hit back, but Stan saved both and held to lead 3-1.

From there Stan was able to maintain his lead, doing a far better job of forcing the issue with Federer looking indecisive in his game plan. A love hold put the 2015 champion up 5-3, and he served out the set 6-4 to level the match.

Momentum was now with Stan in the third set, but it was Roger who held the first break point chance in game four. However, in game seven, Roger slipped up, missing a volley at 15-40 to drop serve.

With Stan serving to go up 5-3, Roger dished out the short slice with instant success, and Wawrinka faltered to drop serve.

Roger then had a break point in game ten after Stan left a ball that dropped in but again he couldn't convert.

The hold buoyed Stan who had a break point of his own at 5-5, but a terrific dig from Roger saved it, and he escaped the game to guarantee himself at least a tie break.

Stan held to force the breaker, but it was Roger who took charge, coming up with a brilliant volley to get the mini-break for 2-0. This time around, he maintained it, securing a second mini-break for 5-1, eventually taking the tiebreak 7-5.

With Wawrinka looking jaded, Roger looked to have the match on his racquet in the fourth, creating four break point chances in game three but again he failed to convert.

Roger had another break point in game five but Stan held and with the score at 3-3 the match was halted due to heavy incoming rain showers.

Play resumed around an hour later and after both players exchanged holds for 1-1, Roger finally broke through, converting his second break point of the game to lead 5-4.

A bad leave got Roger off to a poor start when trying to serve it out and he had to save a break point back but despite a distinct lack of first serves he was able to close it out and move into the semi-finals.

I'm very happy. You know, number one to be back in the semifinals of a Grand Slam, hasn't happened in the last year or so, I've had tough losses in the 4th Round and Quarters, so from that standpoint I exceeded my expectations here. After missing the French for three years it's nice to be back in the semis so that's a great feeling. The match was obviously on many levels against Stan who I know so well, and he knows me too so it was always going to be tough. Then the rain delay you add that into it was super interesting but I was able to hold my nerve. Now I have the match with Rafa so I'm clearly very excited and hope I can recover well in the next couple of days which I'm sure I will then I'll give it my best shot on Friday. Federer on his win over Stan

A strange match this one and I'm not quite sure how to weigh it up. In some ways, it wasn't a great day at the office for Roger in terms of his level but on the flip side, he's just made the semi-finals of the French Open dropping only 1 set after a 3-year absence which is quite astonishing.

That aside, today was an indecisive match from Fed and one where he didn't really stick to any type of gameplan for long periods.

For a lot of the match, he looked caught in two minds of whether to use his standard attack mode or play safe and test out Stan's stamina after his five-hour marathon against Tstitsipas in the previous round. Couple that with Roger not really enjoying playing Stan and it having a similar feeling to Klitschko brothers stepping in the ring together then it was a bit of an up and down type match.

Looking back, the first break point set the tone in Stan's first service game as Roger had a fairly easy mid-court forehand but he rushed the shot, lifted his head up early and hit it way long. From there his conversion woes continued and at one stage he was 0 from 15 break points before finishing the match on 2 out of 18 which isn't a great number. Stan certainly had a decent serving day when down break points and he went big from the baseline so it wasn't like he wasted all of them but there were some pretty poor returns and shot choices on a lot of them.

Fortunately, he did start to get it together in the third and fourth set, mixing it up more with the slice and getting Stan to the net where his hard hands don't serve him well. A few wobbles near the end but he kept coming forward and got it done 🙂 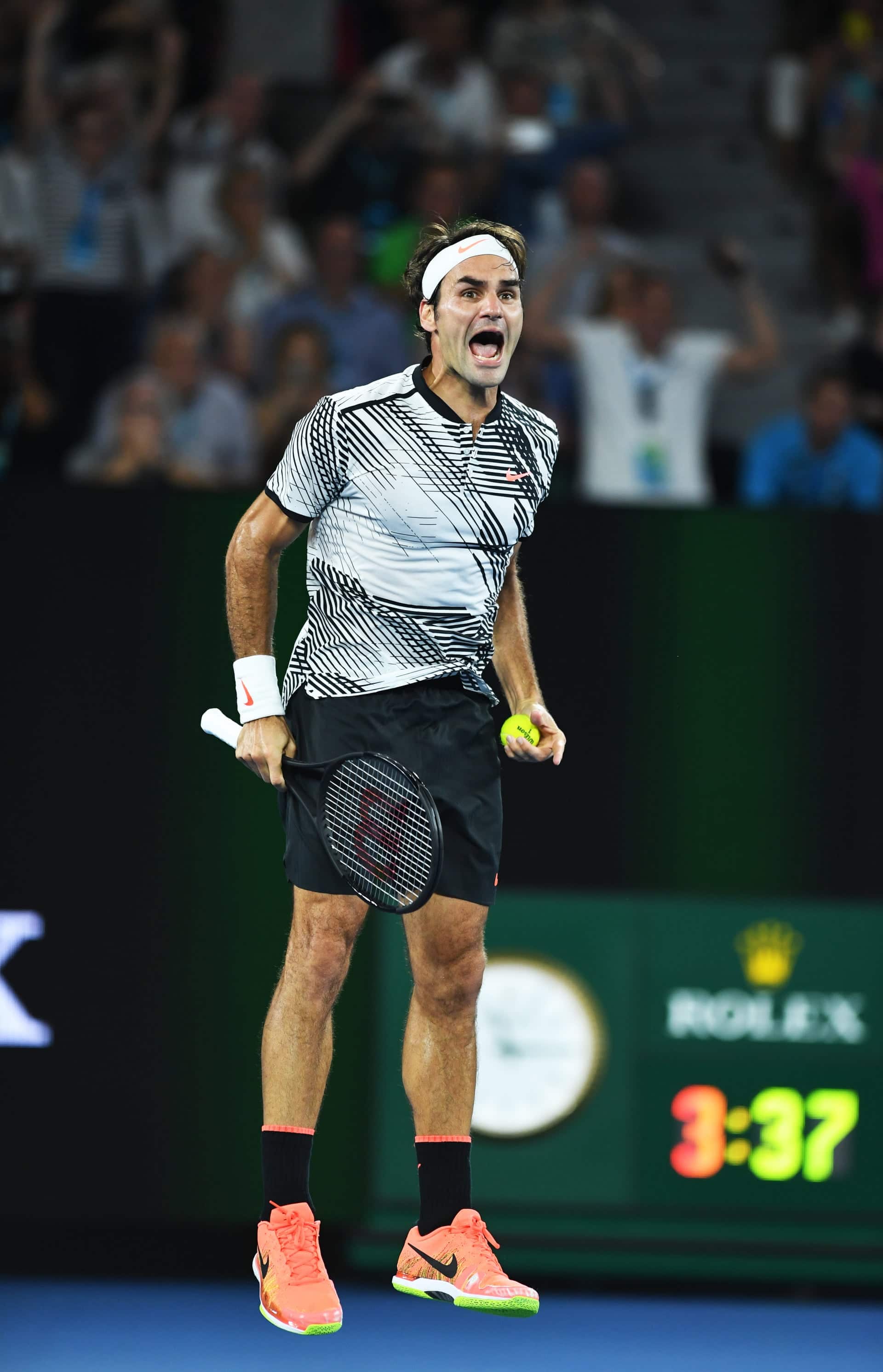 Next up is Nadal who overcame the valiant Nishikori 6-1, 6-1, 6-3. You can certainly say Roger has had a bit of dream draw this year to make the semi-finals but Nadal's has been even softer. He's faced pillow punchers all tournament with absolutely zero resistance.

As a result, he comes in as fresh as a daisy but somewhat undercooked so I'm not exactly sure how well he is playing.

Roger has had the upper hand in all their recent meetings but Nadal leads the H2H on clay 13-2 and is 5-0 at Roland Garros so he's a huge favourite heading into Friday's semifinal.

There are no secrets to the matchup and we know for certain how Nadal will play. He's got the lefty playbook to beat Federer down to a tee on clay and he'll be pummeling that backhand from the word go.

Roger has a few choices in terms of his approach but  I think he'll have to go all attack mode and look to move forward at all costs. If he's on or behind the baseline I don't like his chances, if he's inside it then he can certainly ask Nadal some questions.

The question as always though is can Federer's best tennis at 37 years old overcome the best clay courter ever on a surface that doesn't really reward his style of play? It's a tricky matchup and I'm not sure if there will be enough free points for Roger to take advantage of.

If he can prevent Nadal starting rallies at neutral by making such a high % of returns from 10 feet behind the baseline then he's got a punchers chance. Looking at Nadal's wins on clay, in most of his wins, he's been able to win 40%+ of return points and has gone as high as 55%. The two wins Roger has against him got that number under 40%. Can he do that on Chatrier on Friday? We shall see 🙂