Roger Federer opened his Nitto ATP World Tour Finals campaign with a 6-4, 7-6(4) victory over last gasp qualifier Jack Sock in one hour and 31 minutes and make an early move to the top of Group Boris Becker.

The Swiss star was making his 15th appearance at the Masters Cup and the win sees him record his 50th match win of his dream year and he'll be hoping to make it even better with a  seventh end of season title on Sunday. 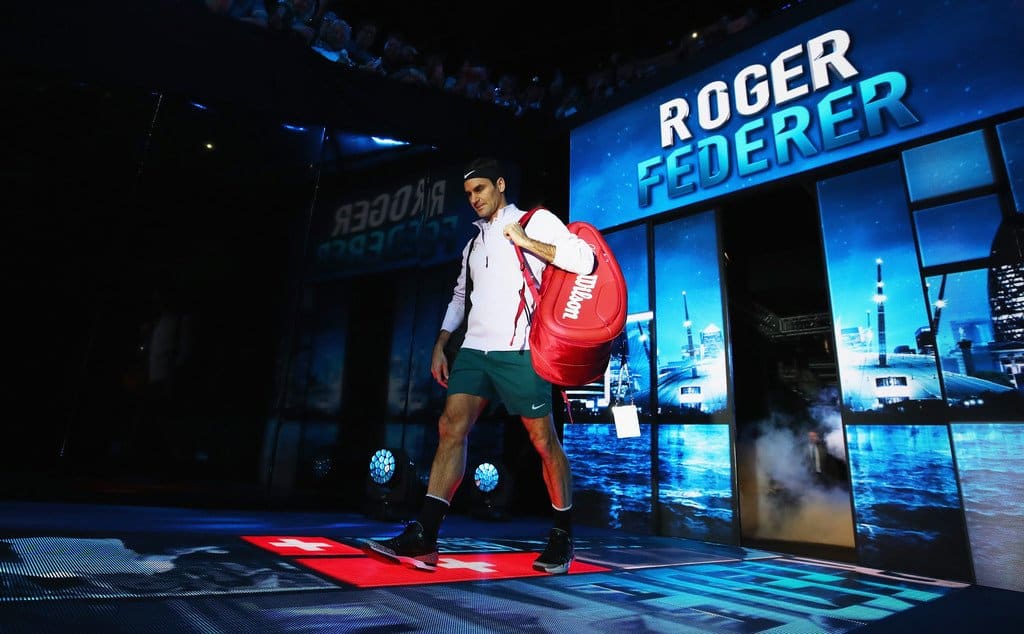 Federer won the toss and elected to receive. A smart move as he broke to 30 and consolidated for a 2-0 lead to get a peRFect start.

At 3-1 Roger took Sock to deuce after being 40-0 down in the game but couldn't secure the double break. Sock was then able to make a deuce of his own but Roger held for 4-2 and from there on his serve was untroubled by the American. The Swiss holding to 15 in his next two service games to take the set 6-4.

Into set two and I thought Roger would be able to accelerate over the finish the line but Sock came out the blocks with intent, holding to love with a stunning stretch forehand to lead 1-0. Roger levelled for 1-1 and the first real opening came in game seven where he held two break points but couldn't convert.

More break points came the way of the Swiss in game nine at 4-4 but again he could not convert, playing passively which allowed Sock to wriggle free. The set then resulted in a tie-break which looked like it could go either way, Roger got off to the better start, moving up a mini-break for 4-2 but a Sock return clipped the baseline and the American was able to level at 4-4.

However, an untimely double fault from Sock put him 4-5 down and a trademark pinpoint serve + forehand combo gave the maestro two match points which he converted first time of asking as Sock went long with a return. 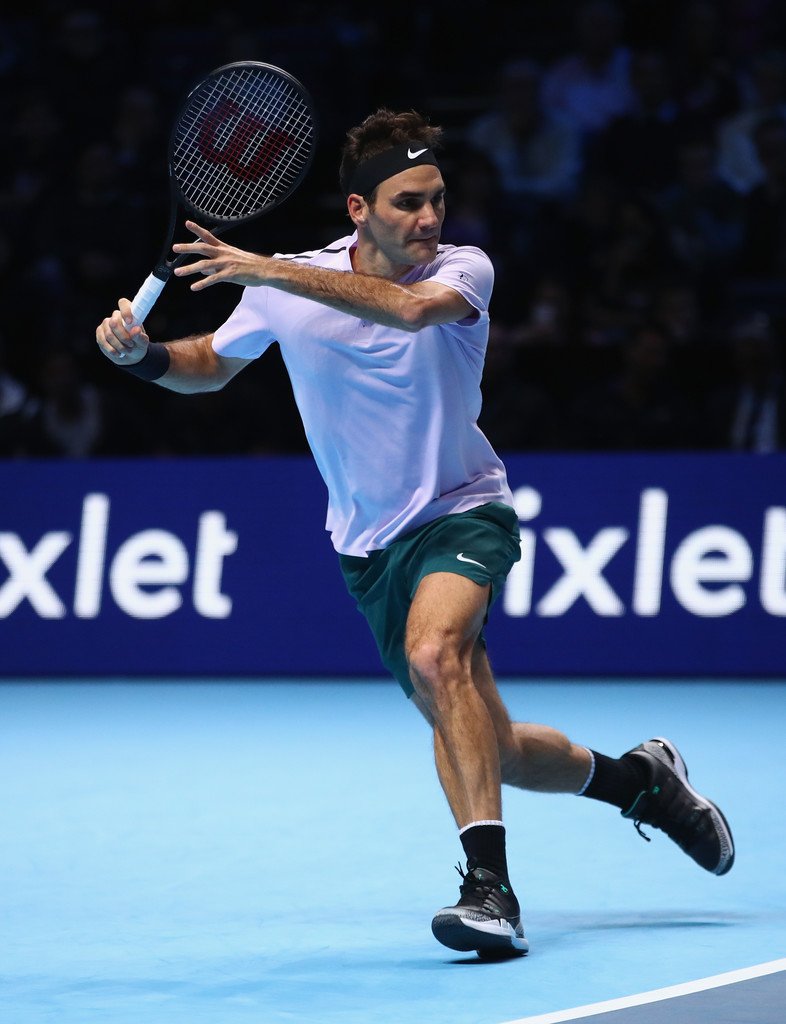 I got off to a great start, my big hope was I was going to be able to play a bit more freely after that.The second set was tight, I missed some opportunities, the breaker could have gone either way and in the end, he helped me with some double faults and some mistakes.

Good win here for Federer and you can't ask for more than an opening straight-set win to put himself top of the group. Not the prettiest tennis to watch but Roger served the better of the two and didn't face a single break point in the encounter.

Fed was able to take advantage of a nervy start from Sock to get his nose in front but from there on it was a pretty close match. The second set was a cagey affair with both guys playing quite tentatively but Roger's serve prevented Sock from ever threatening to break (he lost just 4 points behind his first serve all match). However, on the return, Roger struggled and didn't seem to have the timing from the baseline when it mattered. He created a number of break point chances but couldn't get a sweet connection on any of them, often having to resort to muscle the ball in to stay in the point. Sock too seemed to struggle to find his range and he's always going to leak more errors with his technique, errors which unfortunately form him made the difference in the tie-break.

Next up is Zverev who defeated Cilic in three sets in what I hear was a rather dull match. Cilic was up a break in the decider but relinquished a 3-1 lead to give Zverev the honour of facing Fed on Tuesday night.

The last time the pair met was in the Montreal final where Roger's back packed in and Zverev ran away a comfortable winner in straight sets. Since then the German's form has been patchy but he's improving all the time and has a great backhand which should be effective on this court. I think Roger can handle his game if he's moving well and if we look at Halle he completely took him apart. Hopefully he's a bit more accustomed to the conditions after the Sock win and can look to get forward more which he'll need to do to ensure Zverev isn't taking over the rally from the baseline. I'll pick Fed in 3.

Let me know what you guys thought of the performance in the comments.  From watching purely on TennisTV, the conditions look quite strange as though the ball isn't quite coming on properly but maybe someone who watched live can tell us if that's the case.