Roger Federer is up and running at the ATP Finals thanks to a comfortable 7-6(2), 6-3 victory over debutante Matteo Berrettini.

The Swiss has still never lost a 2nd round-robin match at the year-end championships, but he was coming in off the back of a loss for the second year in succession. However, like 2018, he was able to produce under pressure, getting the job done in straight sets to keep his chances of making Saturday's semi-final alive.

Federer will next face Novak Djokovic in his final round-robin match on Thursday at 7 pm in what will most likely be a do or die encounter to progress.

Berrettini won the toss and elected to receive. Federer kicked things off with a hold to thirty for 1-0.

Berrettini was serving around the 140mph mark against Djokovic on Sunday, and he started with an ace en route to levelling at 1-1.

Federer matched the ace in game three, holding to love for 2-1. The Italian wasn't troubled though as more big serving brought him level at 2-2.

A wild forehand brought Berrettini to thirty-all in game five, but another Federer ace brought up game point as he held for 3-2.

Two more comfortable holds from both saw the scoreboard tick over to 4-3 in favour of the Swiss, but he couldn't make any inroads on the return with Berrettini sealing game eight with a slick forehand pass.

With the serve dominating, the score was soon 6-5 in Roger's favour to guarantee himself at least a tie break. A nervy looking Berrettini soon found himself down 0-30 courtest of two unforced errors and the Swiss was able to fashion a set point at 30-40. However, Berretttini saved it with an excellent changeup T serve before holding to force a tie break.

Into the breaker and Roger moved up the early mini-break when Berrettini went long with a forehand. That was quickly 4-1, and a double fault from Berrettini at 2-4 put Federer in full command. The Swiss went on to seal it 6-2.

With Berrettini looking somewhat disheartened after flopping in the tie break, he was immediately down a break in set two as Federer used the chip return to make Italian play and the errors began to flow.

A hold to thirty consolidated the break for 2-0, and that was quickly 3-1 with Federer beginning to roll on serve.

Further exchanges of holds saw Berrettini keep within one game at 3-4 and in game eight, Federer went off the boil, missing some routine shots to slip to 15-40.

The Swiss saved both of them, and a third before finally surviving the game after multiple deuces.

Berrettini then slipped up himself, faltering to 15-40 with some sloppy play and Federer converted his second match point to seal it 6-3. 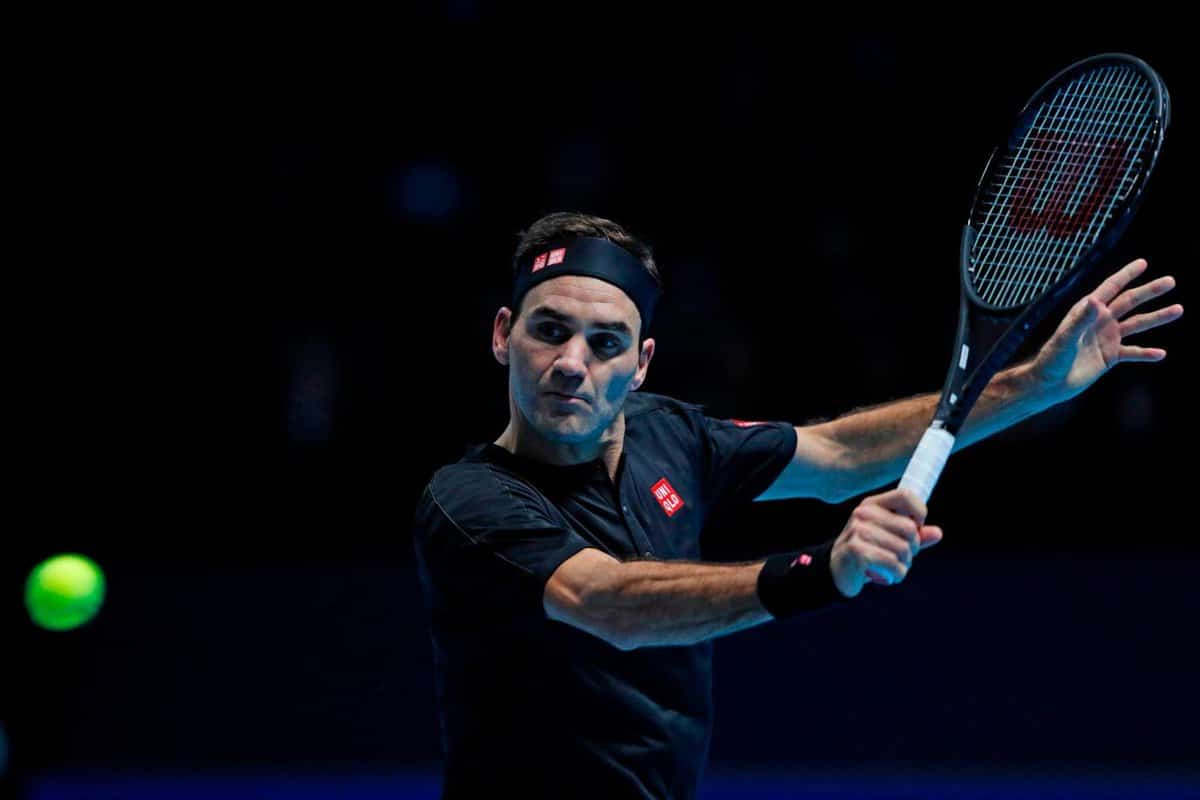 It's unusual to lose then to come back and play again, but I did it last year so have some experience. I am happy with how I played, Matteo was always going to be difficult with his big serve that you don't get the read on. If you don't get the balls back the way you are hoping to, you will be in trouble. He did a really nice job in the first set, the beginning of the second was key to get the break and fend off those breakpoints. I was clean on serve today, that helped so I hope I can keep it up, maybe even play a bit better next match. Federer on his win over Berrettini

An improved performance here from Federer and the match went as I expected.

Berrettini served well in the opening stages, but he got predictable towards the end of the first set and Roger was able to anticipate where he was going with his serve.

Once he had that read, even though they were landing at 130mph+, Roger could chip a few returns into play, and Berrettini made mistakes under pressure at 5-6 and then in the tie break to help Federer establish the lead.

Winning that first set settled Federer down, and although his level never hit the sort of heights it can do, he was stable enough on serve. He also came up with some clutch first serves on the few occasions he went off the boil and allowed Berrettini a chance to get back into the match.

Other than that, just ok. I have not had that electric feeling you got in Basel yet where he was moving brilliantly around the court, and it would be fair to say some of his play looks a bit laboured so far, but he needed to win in straight sets, and that's what he accomplished 🙂

Next up is Djokovic and based on his form in Paris plus his first match here in London then I make him a huge favourite. Of course, it can change if Novak has an absolute stinker tonight against Thiem, but I can't see it happening with how dependable his game has been this season.

Roger's last win against the Serb came here in the group stages back in 2015, but he's lost six of the previous seven meetings between the pair and Novak has the wood over him in recent years.

So far I've not been too impressed with Fed's movement or how ‘sharp' he's looking so he'll need to come out firing if he's going to beat Djokovic here and stand a chance of making the semi-finals.

What did you guys think of the win against Berrettini? Predictions vs Djokovic? Let me know in the comments.