A losing start in London for Roger Federer as he suffered a 7-6(4), 6-3 defeat to seventh seed Kei Nishikori on Sunday evening.

It's the first time the Swiss has lost his opening round-robin match in straight sets at the year-end finals and he went down in 87 minutes.

Racking up 34 unforced errors and failing to win a set against the Japanese for the first time in 10 meetings.

The six-time champion will meet Dominic Thiem on Tuesday evening in what is essentially a straight knock out tie. 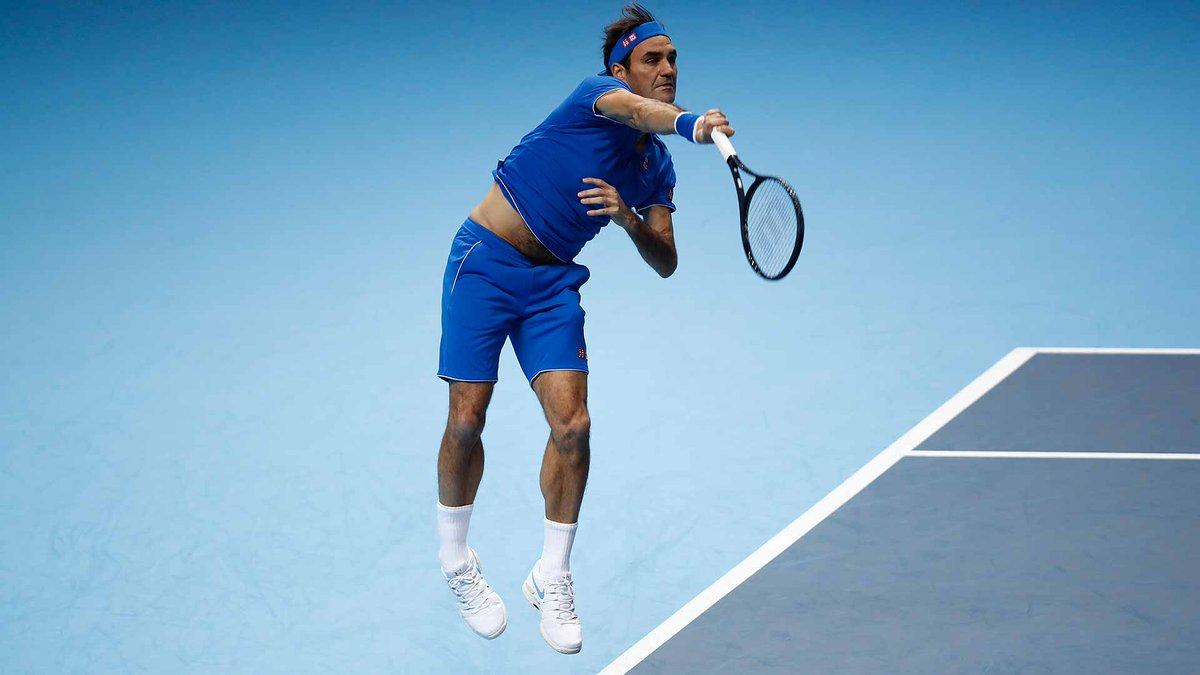 Nishikori won the toss and elected to receive. A steady hold to 15 got Roger on the board for 1-0 before Kei held to love to level.

In game four Roger made some inroads, getting to deuce after two Nishikori double faults in the game but Kei held for 2-2. From there neither player was able to make any meaningful returns and the scoreboard ticked over to five games all.

Roger then held to 30 to guarantee himself a tie-break. That gave him some freedom on the return game and at 0-30 the door was ajar. A backhand down the line then landed just wide; that would have given him 0-40. From there Nishikori pulled off a ridiculous dig off Federer's best return of the night to make 30 all. A code violation followed for ball abuse and Nishikori held to force the tiebreaker.

Into the breaker and a super tricky volley got Roger the opening point but he then missed a simple short ball at 1 all.

That allowed Nishikori to take charge, winning six points in a row to make 6-1 and converting his fourth set point to take the breaker 7-4.

A visibly pissed off Federer received a gift of a break to start set two but he was in no mood to accept the donation, dropping his own serve immediately for 1-1.

A joke forehand miss at deuce in game three was the last close return game of the match for the Swiss and from that point on his game tailed off even further. Losing serve in game six after double-faulting at thirty all.

Nishikori then held for 5-2 and comfortably served it out to fifteen to take it 6-3 to make a winning start in Group Lleyton Hewitt. 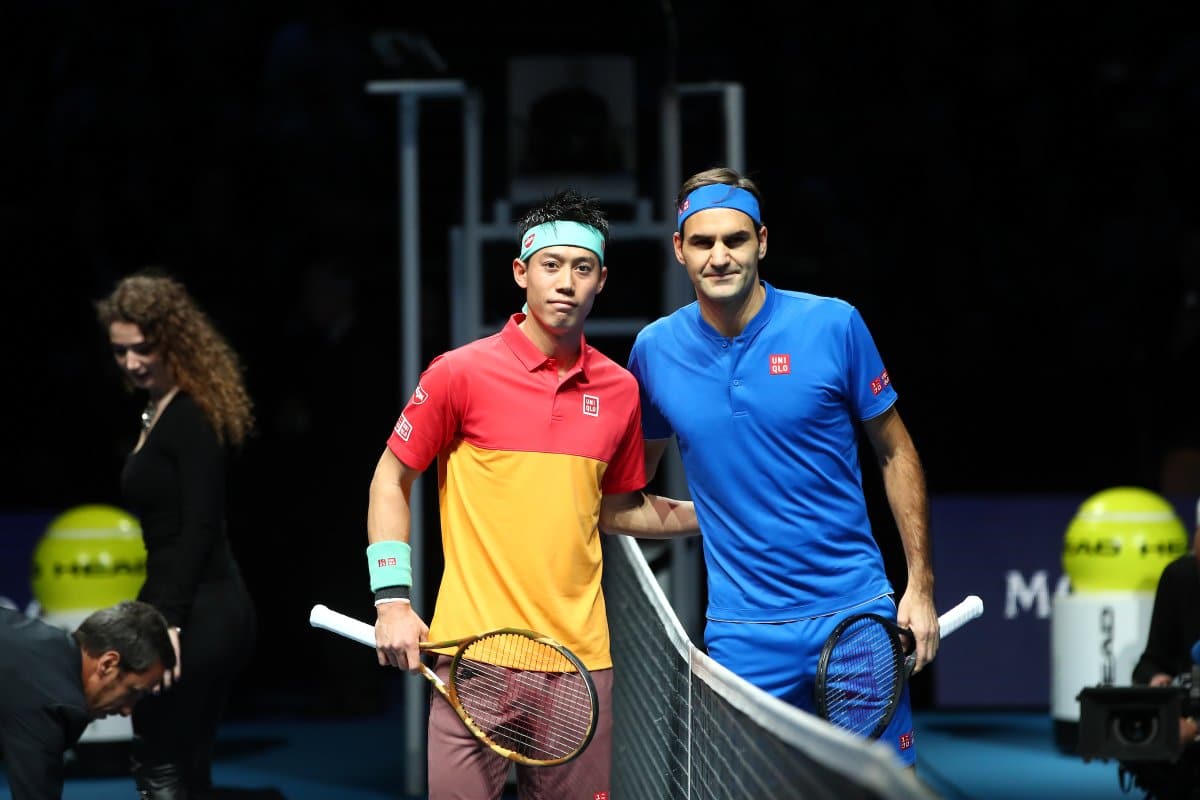 I felt we both struggled throughout the first set I had my chances maybe a bit more than he did. Then I started to feel better in the second set. I think we both did. The level went up. Unfortunately, I couldn't keep the lead that I got early. That was important, I think, at the end. That was the key of the match, that sort of – I guess – a 10-minute swing at the end of the first throughout maybe 1-1 in the second.

A dreadful start here from the Fed-meister and one of his worst matches in recent memory and certainly his poorest at the World Tour Finals since his first appearance in 2002.

With the way Fed plays tennis post-prime, his game has always been punctuated with unforced errors as that's how he needs to play but today they were sustained from start to finish.

In total, he committed 34 of them, and essentially 1 in every 3 points played resulted in an error from the Wilson Wand. He had no real timing from the baseline and his offensive game lacked precision. Any time he was able to get the short ball he couldn't find the court.

Was he struggling with conditions? He said in press practice has been a bit all over the shop from Queen's to the outside courts at the O2 and then on the main court, but whilst that's not ideal it's the same for all the players.

Rob Koenig also said at the start of the match on commentary that he watched his practice yesterday and it was horrendous. Revealing Fed wasn't happy at all with how he was playing so read into that what you will.

I'm guessing a lack of acclimatisation to the main court did play a part, but not just for Roger as the first set was terrible from both sides.

The two of them looked all at sea on the return but it's fair to say Roger had the better fist of things early on.

Those two points in game eleven—the backhand that just missed for 0-40 and Kei's super dig to avoid two set points changed the course of that set and most likely the match.

Had he broken there then he probably rolls through the match in two, instead his return game flopped and Kei picked up his level.

Playing more on the front foot and with his serve under no real pressure he was able to play freely to get his first win against Roger since 2014.

Next up is a battle of the first match shitters so Roger will play Dominic Thiem. Anderson took care of the Austrian in straight sets and looked comfortable in his first ever World Tour Finals match and he's got a very good chance to make the semi-finals.

Based on today's performance I have no idea what to expect. Thiem is rather hopeless indoors, but then Roger's performance means he goes into Wednesday with zero confidence. So it's basically a test of who fancies sticking around in the knife crime capital of the UK for a bit longer.

What did you guys make of the match? Can Roger bounce back on Tuesday? Let me know in the comments.