Two matches, two match points saved and two wins for Roger Federer on day five of the Internazionali BNL d'Italia as the Swiss came out on a top with a 2-6, 6-4, 7-6 (7) win in a dramatic match against Borna Coric to reach the quarter-finals.

Returning to the courts around four hours after his impressive win against Sousa in the second round Roger made a ropey start finding himself down 4-0 and struggling to stay with the Croatian from the baseline. However, he recovered to force a decider before eventually prevailing in the tie break after 2 hours and 31 minutes.

The third seed will next meet Stefanos Tsitsipas on Friday for a place in the semi-finals. 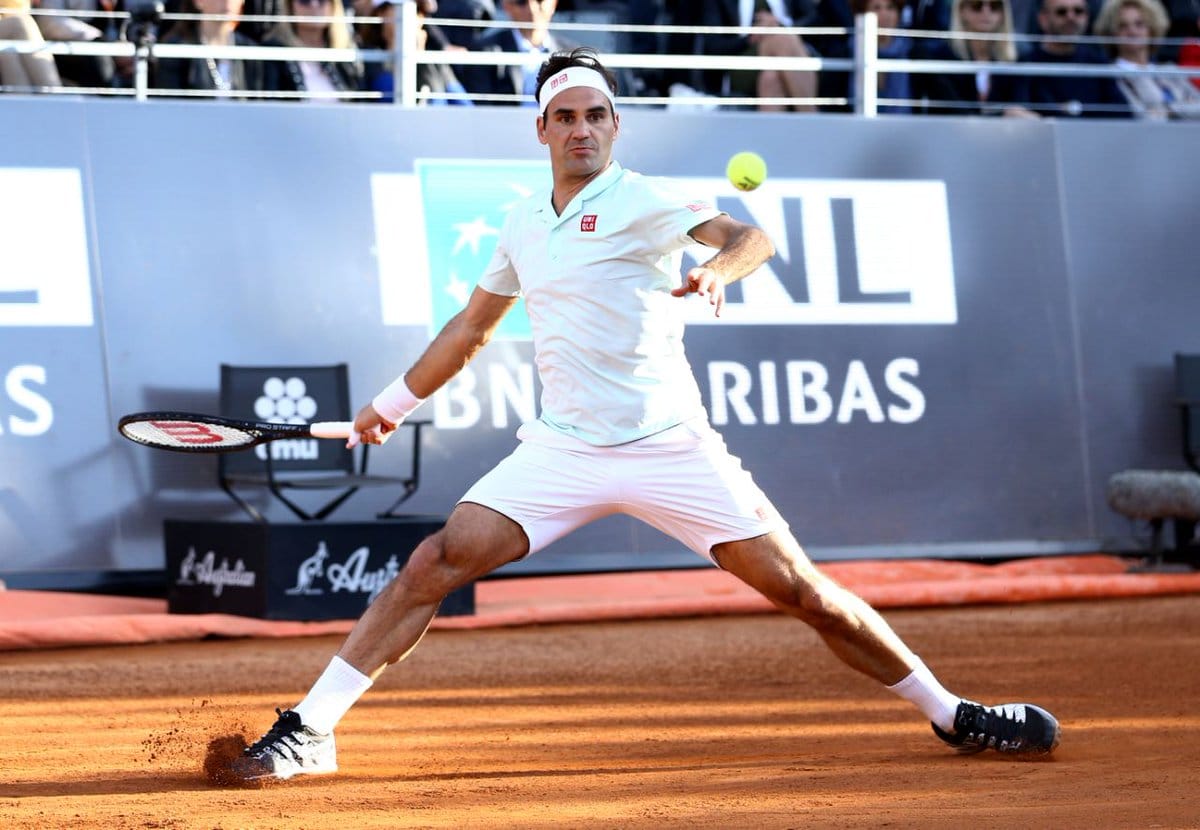 Federer won the toss and chose sides. Coric elected to receive. At 40-0 love, a comfortable hold looked imminent but Coric won five points in a row to break for 1-0.

A hold to thirty put the Croat up 2-0 and he was soon in relatively uncharted territory with a double break for 3-0.

Coric consolidated for 4-0 which quickly turned into 5-2 with Federer looking rather annoyed that people were allowed into the stadium to take their seats during points.

At the changeover, Roger called for the physio to tape up his thumb on the right hand for what appeared to be a blister. Upon resumption, Coric served out the set to fifteen to take it 6-2.

With 13 errors in the first set, Roger needed to settle quickly into set two and despite getting into a mini argument with Carlos Bernardes about the court being too wet after it was watered, he held for 1-0.

Coric then levelled to fifteen and the pair exchanged further holds with no inroads for the returner. In game six Roger came up with some insane defence to set up a break point at 30-40 and although Coric saved it, the Swiss was able to convert his second later in the game for a 4-2 lead.

Roger then slipped to 0-40 in game seven but he somehow managed to hold, firing a sweet forehand to make deuce before holding for 5-2.

A quick Coric game immediately put the pressure back on Federer's shoulders and this time he couldn't escape, again slipping to 0-40 with some passive play as Coric broke back.

It looked like Coric had snatched momentum with those two quick games but he inexplicably dropped his own serve as Federer broke to take the set 6-4 and force a decider.

Into the decider and a hold to fifteen put Roger in front for the first time in the match. A poor backhand miss at 15-30 then saw him miss a chance for two break points as Coric levelled at 1 a piece.

Back to back aces from 30-15 gave Roger the hold for 2-1 but a love hold from Coric put him level at 2-2 and he created the first break chance of set thanks to a solid return.

Roger saved it to hold and had to do the same again in game nine after a poorly executed drop shot had given Coric 30-40.

A classy hold in game eleven, that featured an immense drop shot guaranteed Roger at least a tie break before Coric made it 6 all with a hold to love.

Into the break and Roger's forehand that was good one minute, terrible the next overshot the mark on the first point.

Fortunately, he was able to recover it instantly but Coric was soon back in front with another break for 3-1. That was quickly 5-2 and Roger had to produce two slick points to keep the gap to just one mini-break at 4-5.

An extremely passive point from Roger gave Coric 6-4 and a match point on his serve but Roger's slice backhand saved it to keep him alive.

The Swiss then delivered two more solid points, a big serve and then a crunching forehand to give himself a match point at 7-6

Coric saved it to make 7-7 but a tight looking forehand gave Federer the chance and he sealed it with a forehand pass. Sweet!

Why We're All Federer Fans 🙂 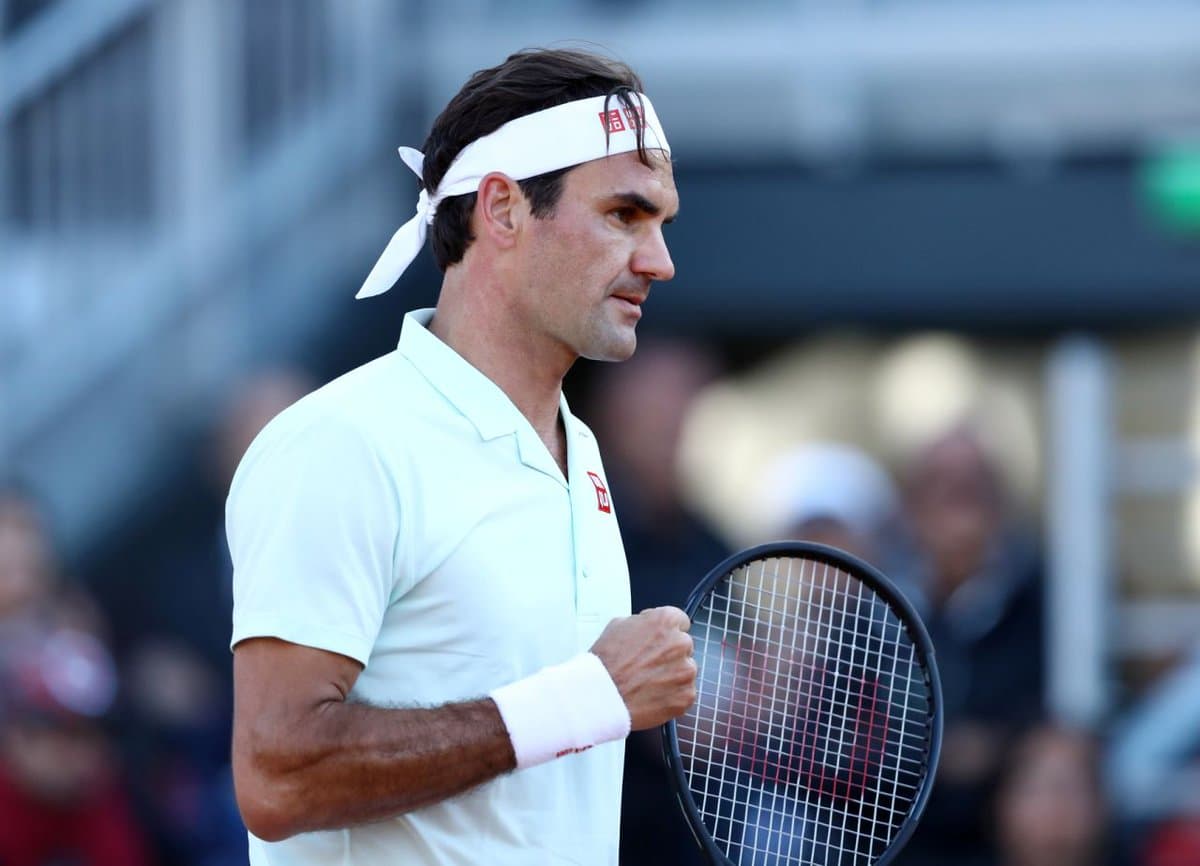 The first set was really difficult, for me at least. I really struggled to see the ball. There was a lot of shade on the court… and he did well, he’s a very steady player. I couldn’t chase the lines very well so I couldn’t hit any winners, but I really tried to play in a way where I was not going to just lose it. I gave him a chance to win, and he didn’t so I took it at the end. It was very tight. I got very lucky again today already like in Madrid. It’s nice to get lucky I guess sometimes. I’ve lost a lot of heartbreakers throughout the years so it’s nice to win these and the atmosphere was fantastic. People were going crazy. It’s exactly how you want the atmosphere to be. Federer on his victory over Coric

Whoopa! A great win here for Roger and one of those matches he really should have lost but somehow managed to win.

I think he said it perfectly himself in that he played quite conservatively which gave Coric the chance to get over the line but he didn't take it and Roger capitalised.

In terms of quality, it wasn't an all-time classic as both guys were a little up and down and I never got the feeling Fed felt totally comfortable out there.

The first set was a bit of a disaster as the combination of bright sunshine and shadow from the trees around the stadium made it tricky to see the ball, couple that with fans entering the stadium during points and being broken from 40-0 up in the first game you had one angry dude who looked in danger of letting the match slip away.

Luckily Coric wasn't in a ruthless mood and he let his level drop in the second set with his forehand making errors off Federer's tricky slices.

That gave Roger the route back in he needed and although he never found the type of tennis he needs to play to give himself the best chance of winning on clay, he produced just enough of the good stuff to sneak through.

The two clutch points at 2-5 followed by the two at 5-6 in the tie break were especially important and his use of the slice to disrupt Coric from the back of the court was probably the key to coming out on top. Roger's topspin backhand was landing short and getting dispatched with ease so it was more out of necessity rather than variety but it worked and without Coric's forehand leaking those errors when faced with the lower skidding ball I don't think he'd be heading to the locker room with a W next to his name 🙂

Predictions vs. Fognini or Tsitsipas

Next up is Stefanos Tsitsipas who defeated Fabio Fognini in straight sets. The Greek has had a stellar clay court season winning Estoril and making the final in Madrid so he's match tough on this surface.

The H2H is tied at 1-1, both matches being earlier this year and I'd usually rate this one as a 50/50. However given Roger played 5 sets yesterday, the latter 3 being quite physical I don't think it will be easy to recover.

Tsitisipas had it fairly easy in his two matches, he's the younger guy, has a bit more power from the baseline and is in good form so I make him the favourite.

Roger was unable to hit through Coric yesterday who was able to play deep behind the baseline and still get plenty behind the ball. Stefanos is also a solid mover who can play deep but he also likes to come forward when he has the chance so it will be interesting to see what Roger can come up with to get Tsitsipas out of his comfort zone. 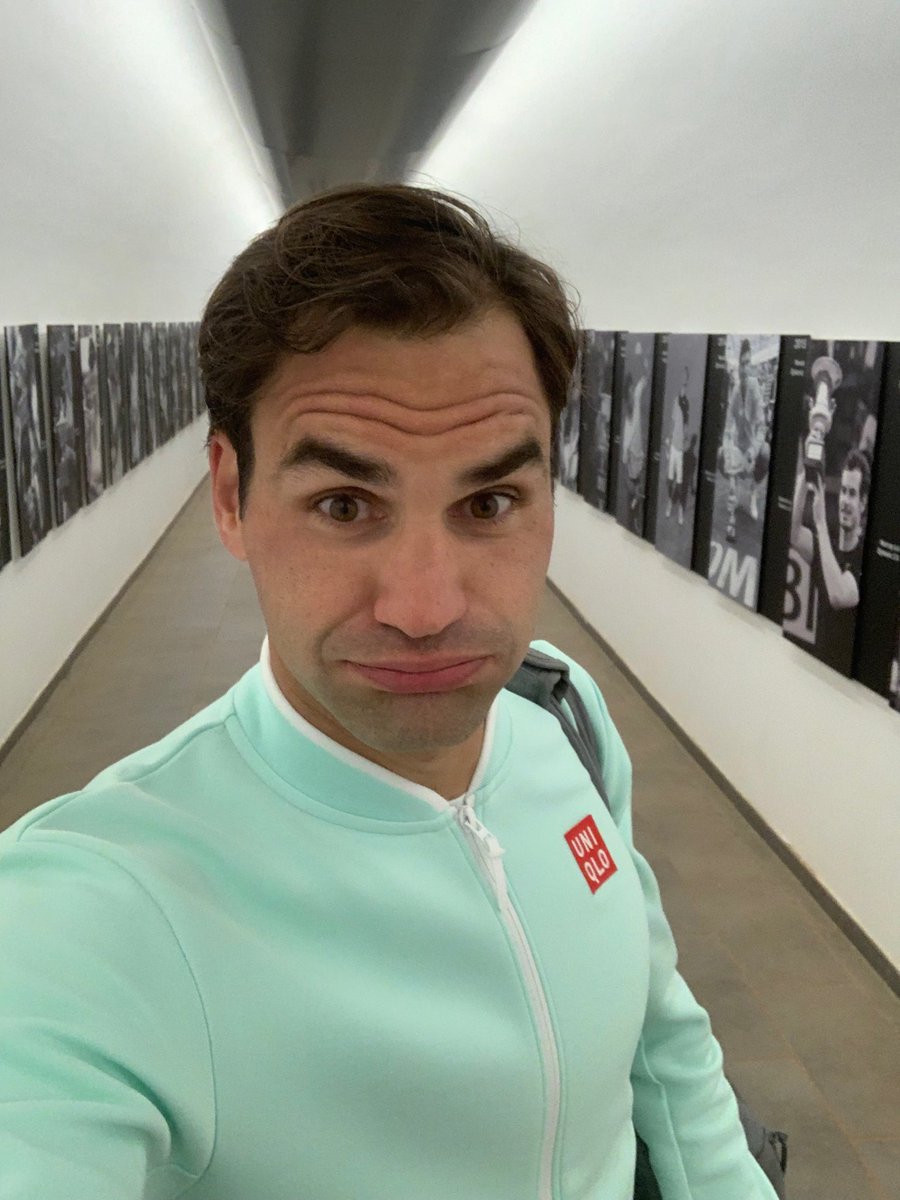 What did you guys think of the match? Let me know in the comments!