The Swiss showed no signs of rust against his sluggish looking opponent, breaking Gasquet three times and cruising through his own service games without facing a single break point to move into the third round.

He'll next face Gael Monfils on Thursday after the Frenchman defeated Marton Fucsovics in three sets. 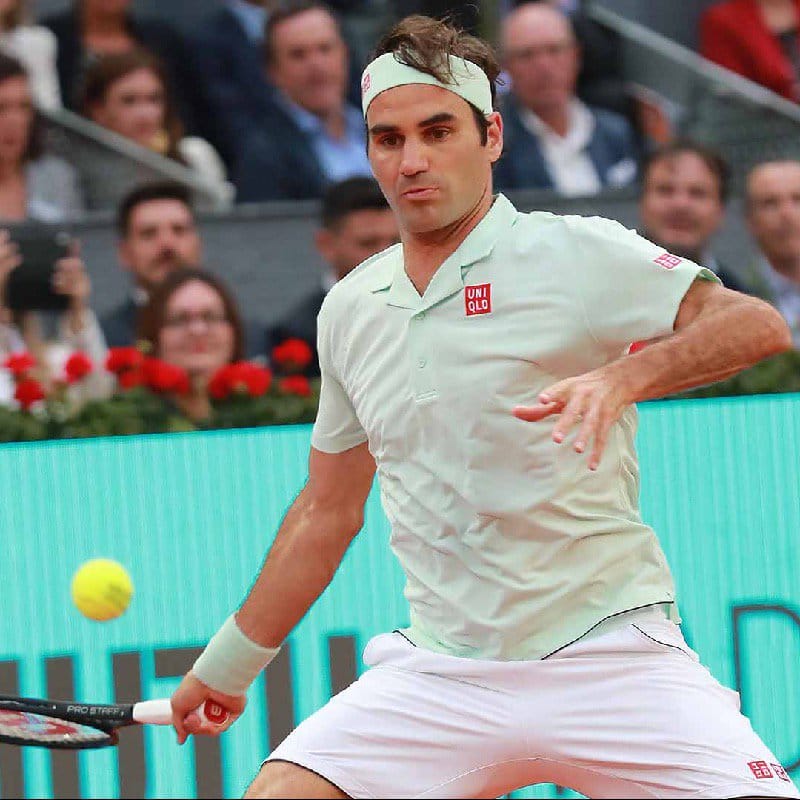 Gasquet won the toss and elected to receive. A hold to fifteen put Roger up 1-0 and it was like he'd never been away from la terre battue as he broke immediately to lead 2-0.

Some slick footwork helped Roger consolidate the break for 3-0 to take full control. At 3-1, Roger found himself in his first bit of trouble at 15-30, but he hit back to back aces en route to holding for 4-1.

A love hold saw the score move to 5-2 and game eight saw the return of the drop shot, with two clean winners leaving Gasquet stranded as he broke again to take the set in 24 minutes.

With Gasquet looking laboured the match only looked to be going one way, however, the Frenchman did begin to find some of his trademark flare in the second set; holding to love to level at 1-1 and keeping parity until 3-3.

Game seven saw Roger hold to fifteen for 4-3 and in game eight he made his move, breaking to fifteen, again aided by a timely drop shot to lead 5-3.

In his first match on clay in three years, it wasn't unthinkable that some nerves would creep in when serving it out but he cruised through the game, holding to fifteen to win through in just 52 minutes. 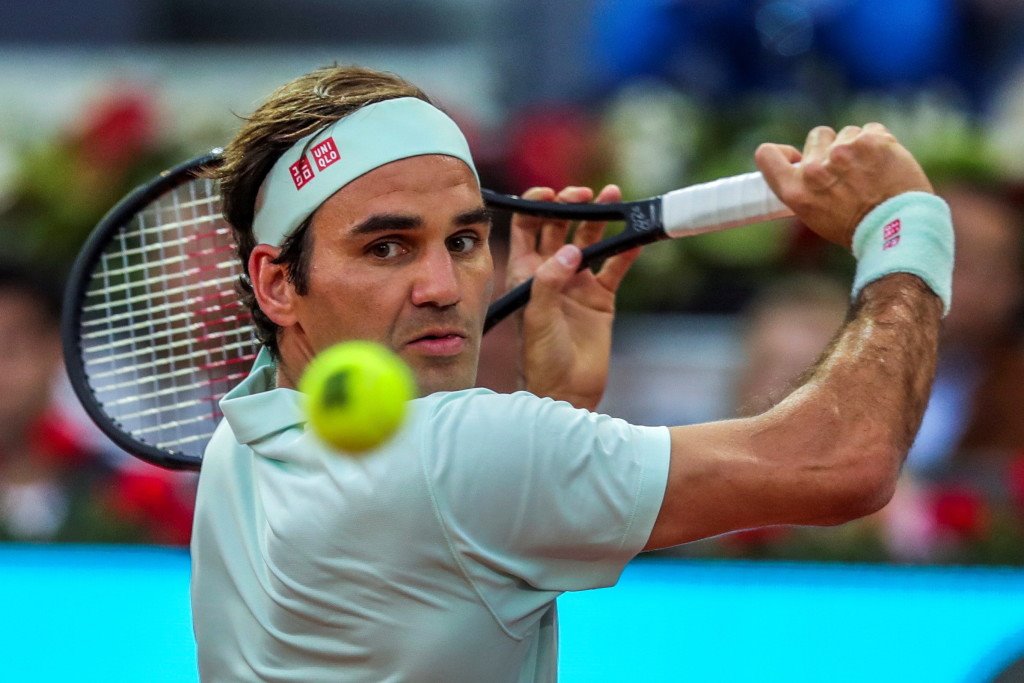 I’m happy to be here. I’ve missed the clay court season for some time now so it was a great return. It’s sort of a special night for me to come back on the clay in Madrid. I must say I was actually very calm all day. Waiting for the match sometimes can be a bit of nerves come up because you have so long to think of the match. I only really started to feel the nerves when I started to talk tactics for the match against Richard – who has beaten me twice on clay. Practice is never quite like the match. When you miss a shot it affects you more whereas on clay every miss feels like it’s doubled. That’s why all of a sudden I was a bit nervous but two hours before the game these nerves went away. I played a good match. I’m happy I started well today, that helped as well. Federer in his on court interview

Super simple win for the Swiss Maestro here and like his matches in Miami he was able to get off to a flying start, assume full control early doors and then never look back.

All the pre-match noise was of course around Roger's comeback so you'd have been forgiven for not realising that Gasquet has only played one match this season. That happened to be last night in a tight two-setter against last weeks breakthrough player Alejandro Fokina so it was no surprise he came in looking a tad weary.

It looks as though the Frenchman has had limited practice time after undergoing a hernia operation in January, deferring his planned comeback in Monte Carlo to Madrid and even in the warmup he was grimacing with what I assume was muscle pain in the legs.

When the match started Gasquet looked sluggish moving to his left, wasn't really up for chasing lost causes and Roger was able to get on top from the word go.

Despite the easy ride, I thought Fed played some good stuff, a couple of majestic droppers helped him break and some Baryshnikov-esque footwork saw him rack up 28 winners with 13 coming off the forehand wing.

The return was in good shape too, making 92% of all returns (100% in the first set) so all in all the ideal comeback and a comfortable way to ease back onto the clay after his 3-year hiatus.

I grew up on this surface so I feel comfortable about that. I think Richard was also maybe a little bit hurt from his match yesterday, so it was nice seeing him back after so many months being away from the Tour with injury. I think for both of us it was a special match being back here in Madrid. The Crowd was great. It's been wonderful. I think, always in Spain, I've been well-received over the last decade or so just because of my rivalry with Rafa and all the other Spanish players, like Ferrer and so forth. So the people really know me. They followed my matches closely for so many years. They heard me speak, and they feel like they kind of know me. So then when I come to their markets, I think they appreciate it, and so do I. Full house, special atmosphere, so I appreciate it. More thoughts from Federer 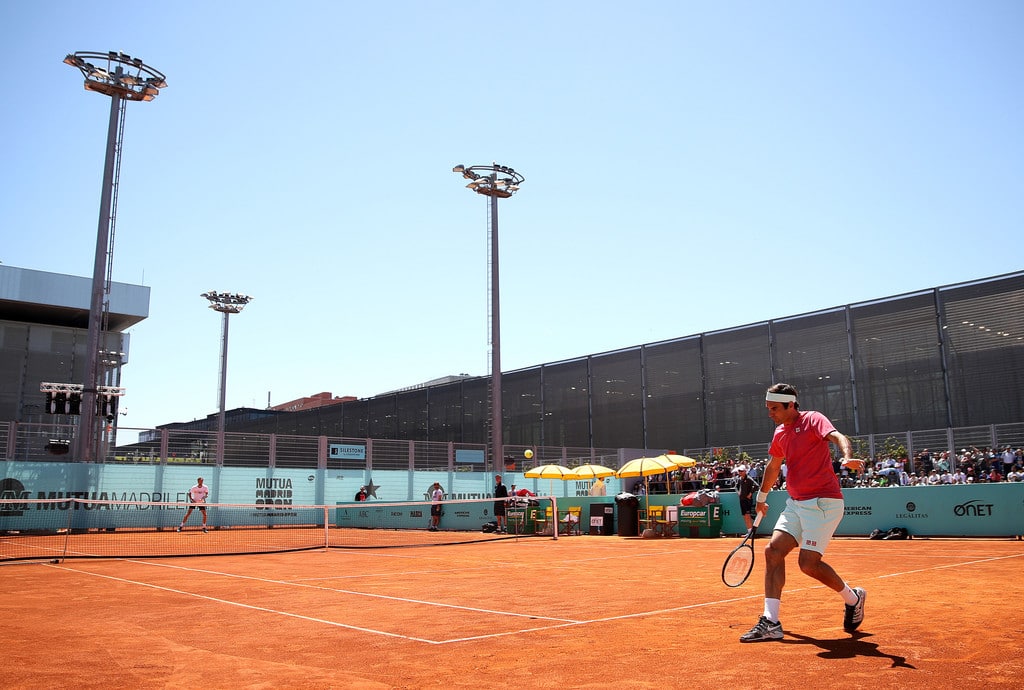 Next up is another Frenchman in the shape of Gael Monfils after he defeated Marton Fucsovics in three sets. From all reports, it was a typical Monfils match that saw him hurt his ankle on the fourth point, take a medical timeout early in the first set that he lost 6-1 only to hit back and win in three.

Roger leads the H2H 9-4 and it's been 4 years since the pair met which was on clay at Roland Garros and Roger won in straight sets.

It's one of the closer H2H's on Roger's resume and Monfils can certainly cause problems if he turns up and goes for his shots. His usual problem is that he goes ultra defensive allowing his opponent to dictate so it will be interesting to see how he approaches the match.

La Monf has had a reasonable start to the year winning Rotterdam but as has often been the case, he picks up injuries that prevent him from building up too much momentum during the season. This year he's been struggling with an ankle problem which I assume he aggravated today so is he fully fit? Who knows. Either way, it will be more of an examination for Roger than Monfils's fellow countryman managed in the 2nd Round so I'm looking forward to it.

What did you guys make of the comeback? As always let me know in the comments.