Eight-time champion Roger Federer is into the last 32 at the All England Club with a comfortable 6-1, 7-6 (3), 6-2 victory over British Wildcard Jay Clarke.

The Swiss, playing on newly roofed Court 1 for the first time since his defeat to Kevin Anderson last year, overcame a tight second set to progress in 1 hour and 37 minutes.

He will next face Lucas Pouille after the Frenchman defeated fellow countryman Gregoire Barrere in straight to back up his victory over Richard Gasquet in the first round. 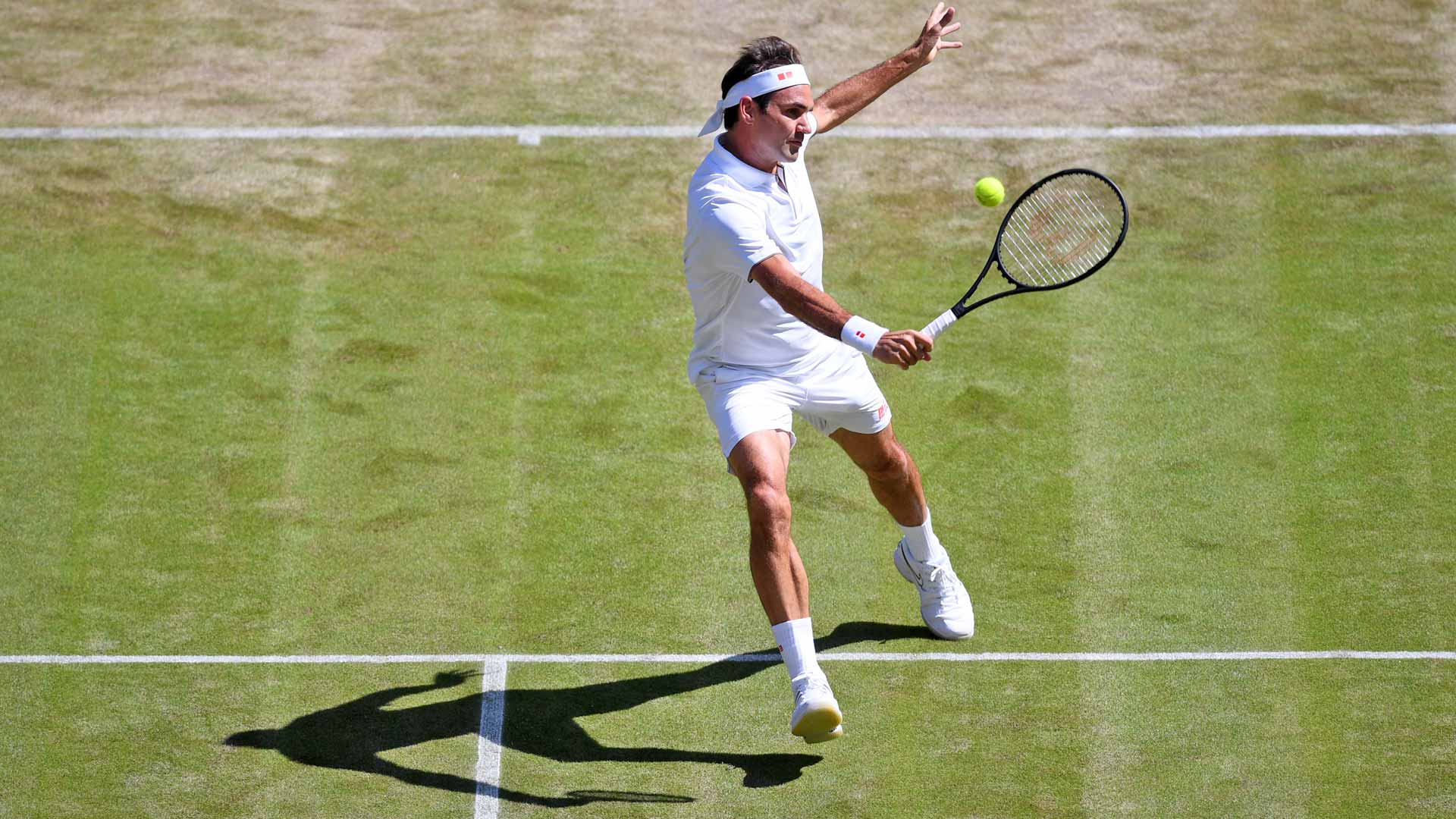 Federer won the toss and elected to serve. A love hold from the Swiss put him on the board and then a terrible opening service game from Clarke that featured three double faults handed him the break.

That was quickly consolidated for 3-0 and although Clarke got on the board in game four and had two break chances in game five, he wasn't able to trouble the scoreboard again, dropping the set 6-1.

From the opening set, it looked like the Brit didn't have the required game to cause Federer any problems but in set two he began to hold more easily. Roger, on the other hand, eased off and the pair exchanged comfortable holds throughout the set.

It wasn't until game seven until Roger had a half chance at 15-30 but couldn't capitalise and after sharing five more comfortable holds, the set resulted in a tie break.

Into the breaker as it was Clarke who made the better start with the mini-break thanks to a crap Federer volley.

Unfortunately for him, a cheap error gifted it straight back and Federer was able to take charge, sweeping the tiebreak 7-3.

Roger kicked off the third set with a solid hold to love and from there began to crank up his game, breaking to love for 2-0. The break was consolidated to fifteen, followed by a love hold for 4-1 and Clarke's day out on Court One was soon over as the Swiss held for 5-2 before breaking, aided by Clarke double fault at thirty all, to take the match 6-2 in the third. 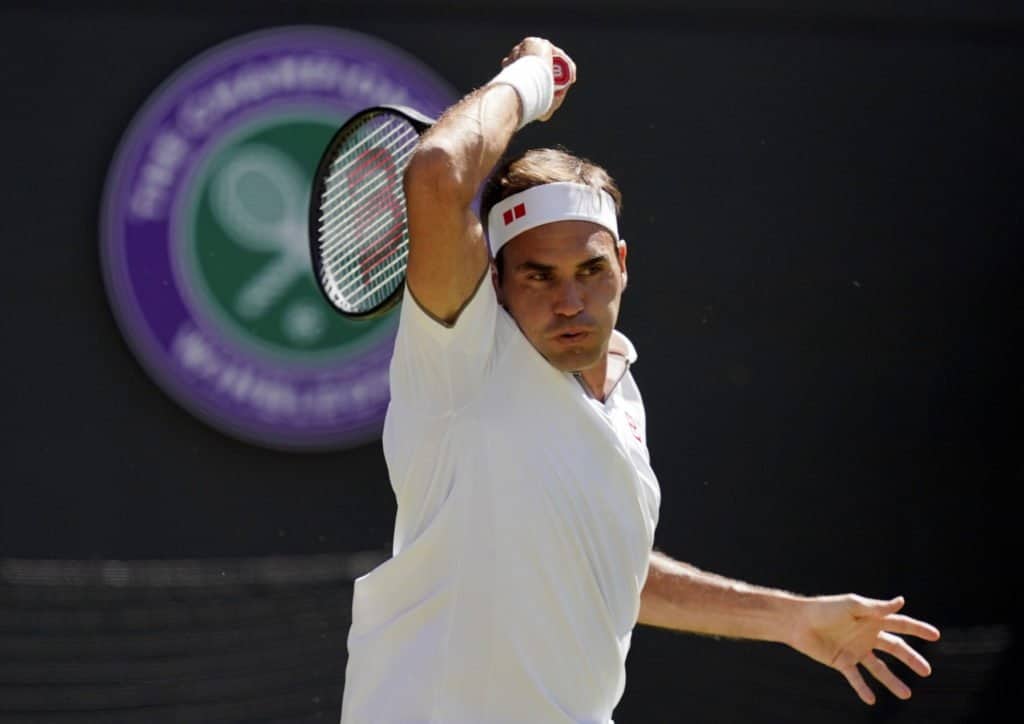 I thought the crowd were great, they were really hoping for Jay to get into the match and he did that in the second set. I struggled to take care of business a bit from the baseline. Thankfully I played a pretty good breaker, I had some help from him as he gave me a couple of unforced errors. I really enjoyed myself. The tank is full – I came here with a lot of confidence – the first few matches haven't been very taxing physically. You try to win your matches regardless of the score if you win them in straight sets that's better. Federer on his win over Clarke

A decent enough win for Federer here and he now has ninety-seven match wins at Wimbledon which is mightily impressive. He's also never lost to a wild card in his career so it was an uphill task for the Brit who'd repaid the AELTC's faith in his game by winning his first round against Noah Rubin.

In terms of level, it was plenty high enough against the Derby man who has a Mayweather size entourage but doesn't really pack a big enough punch from the baseline to force the issue or put Federer on the back foot.

The second set felt a bit like the Harris match with Federer not really moving that well and looking like he wasn't on the money with his footwork but after recovering to win the tie break he was able to coast home without ever being troubled.

Stats wise it's all good reading with 46 winners to 25 errors and he was rock solid behind the serve which was dominant throughout the match. Aside from those two break points in the first set that were erased with some timely big serving, he didn't face another break point and Clarke never won more than two points in a return game from thereafter.

Next up is Lucas Pouille who defeated Gregoire Barrere in straight sets. After making big strides a couple of years ago, Pouille has been in and out of form but is capable of putting together wins and he went all the way to the semifinals at this years Australian Open.

Roger has played Pouille once before, back in 2014, which was early days in the Frenchman's career so you can't read too much into it. The two have practised together multiple times since though with Pouille being one of Federer's sparring partners in Dubai before his epic comeback at the 2017 Australian Open.

Pouille also has a Wimbledon quarter-final to his name at Wimbledon as well as a Stuttgart final so he's no mug when it comes to grass court tennis. There aren't too many weaknesses in his game and he's solid in all areas so it will be a stern test for Roger. He will need to play his brand of explosive and attacking grass court tennis to stop Pouille finding a rhythm. If he serves dominates like today he should get it done.

What did you guys think of the match against Clarke? Predictions against Pouille Lentils? Let me know in the comments.