Roger Federer's Shanghai title defence bid is off to a winning start after the Swiss survived a tough encounter against Daniil Medvedev, eventually prevailing 6-4, 4-6, 6-4 in 1 hour and 52 minutes.

The Russian came into the tie brimming with confidence having just won his third and biggest title of 2018 at the Tokyo Open and after a nervy start, he settled nicely to give Roger a real workout from the back of the court. 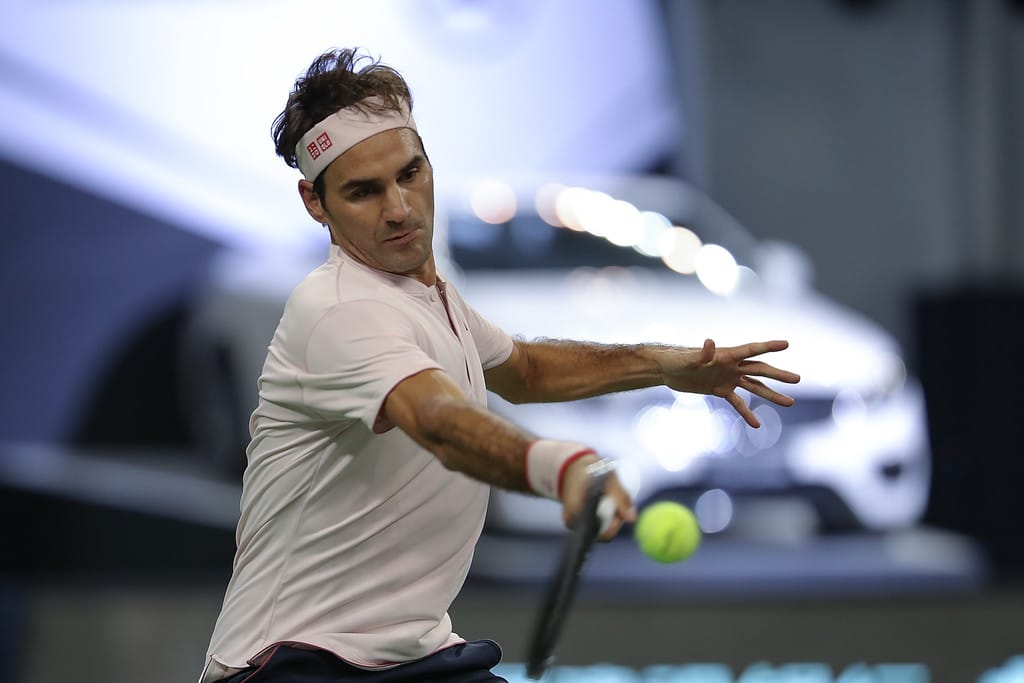 Roger won the toss and elected to receive.  A nervy-looking Medvedev double-faulted on the opening point and the Swiss went on to break for 1-0.

The advantage was quickly consolidated to 15 but in game four, some loose points handed Medvedev the break back. The Russian soon found himself up 3-2 and very much in the driving seat. In game seven Roger came out on the wrong side of a 29 shot rally and missed a breakpoint a chance but he was able to take in the initiative in game nine, again helped in part by a Medvedev double fault en route to breaking for 5-4 before taking the set 6-4.

Into set two and Medvedev fought off a break point in game three and from there both players traded comfortable holds. That run ended in game ten however as Roger couldn't serve to stay in the set as Medvedev nabbed it 6-4 with solid hitting from the baseline.

With Roger holding a 7/11 record for the year in third set deciders he was the slight favourite heading in but he had to dig deep, coming up with a superb half-volley at 15-30 in game two and then saving a breakpoint. In game three it was Medvedev's turn to save a breakpoint, aided by a huge Federer shank as he held for 2-1.

From there both players exchanged easy enough holds but after holding from deuce in game eight Roger made a move, applying the pressure at 30-30 and getting the crucial break when Medvedev's forehand broke down. The Swiss served out the match 6-4 with an ace on match point. 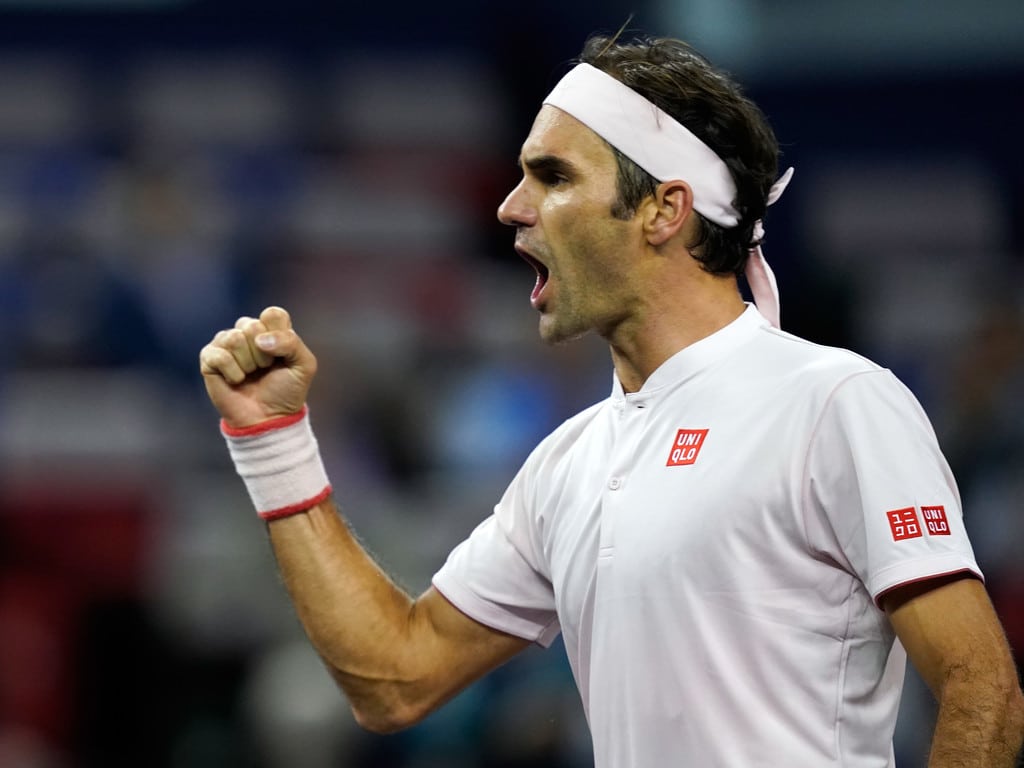 Good fight. The crowd was unbelievable. I had to play some great tennis at the end which made the difference. I tried a bit of everything and I'm happy because it actually did work.

A tough start here for the GOAT against a guy who's enjoying a stellar season and was on a 7 match winning streak from Tokyo last week.

The only real time I've seen Medvedev play was when he took out Stan at Wimbledon last year and he was impressive. Rock solid backhand that's very flat, an effective serve, good mover and an unorthodox forehand that appears to tricky to read. He certainly brought all those things to the court today and he's also improved over the last 12 months so he was a real handful.

After Roger went up the early break it looked like it might have been a short evenings work but Medvedev reined him in and from the back of the court was the more solid player for the most part. Fortunately Fed's variety and net game got him out of some sticky situations. Medvedev probably hit the volley of the match as you can see in the video above but Fed came up with some of his own volley magic, especially that half-volley at the start of set three to avoid two break points. He also mixed it up a ton, it didn't always work as Medvedev was able to soak up a lot of it but Roger kept trying things and got his rewards in the end.

I also think holes in your technique are going to be exploited more on the big points and Medvedev's forehand is one of the wackiest around. It held up for basically the whole match as he'd managed it well with Roger targetting it but it leaked errors at the end of the first set and third set in the games he was broken.

Next up is the Royal Bank of Agut who had a tough three-setter with Mackie McDonald earlier in the day. Agut has had a few injuries of late and hasn't looked in great form judging from his results but he's a real roadrunner and will make a lot of balls so this could be another test.

I've not seen him play here in Shanghai to really judge his level but he usually gives Fed a bit of a game before losing too many of the crucial points. His backhand is a bit of a hockey shot and there's no real artillery in his game so I'll pick Fed in two sets in what I assume will be slightly quicker conditions.