Roger Federer is through to round four at the BNP Paribas Open, needing just 59 minutes to defeat fellow Swiss Stan Wawrinka 6-3, 6-4.

Hours after the draw was blown wide open thanks to Philipp Kohlschreiber recording only his second win against Novak Djokovic. Roger is now arguably joint-favourite with Rafael Nadal for another title at the Indian Wells Tennis Garden.

The win sees the Swiss improve to 62 – 12 in the desert and maintain his unbeaten record against Wawrinka on hard courts which is now 17 – 0. He'll next face Kyle Edmund who has dropped just eight games in his first two matches. 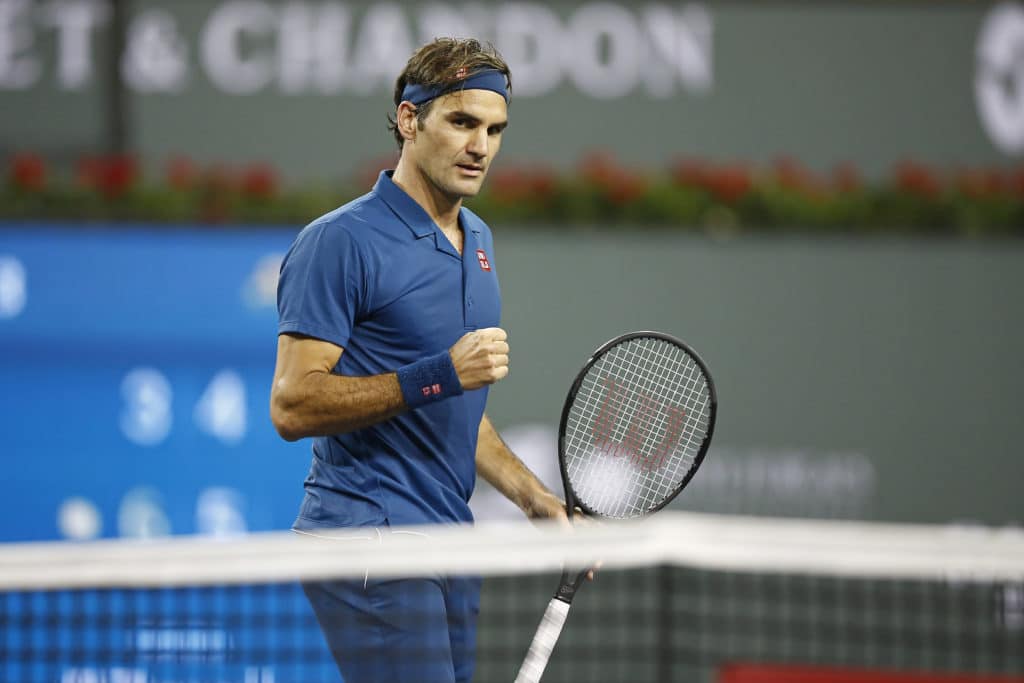 Stan won the toss and elected to receive, winning the first point before Roger reeled off the next four to hold for 1-0.  A hold to thirty then got Stan on the board but in game four Roger fashioned two break points at 15-40 and another at deuce but couldn't convert as Wawrinka held for 2-2.

A steady hold put Fed up 3-2 and Wawrinka followed that up with a disaster game, make a string of errors when rushed on the baseline to drop serve to love. Roger consolidated to fifteen for 5-2 and soon bagged the opening set 6-3, winning 7 of 13 points of the net and putting Wawrinka under pressure which saw him commit 13 unforced errors.

Into set two and the Stanimal held to fifteen to get on the board. Roger quickly levelled to love and then got the all-important break to really dampen Wawrinka's spirits. At the changeover, the trainer appeared on court for Wawrinka but he sent him back saying he was no longer required.

Upon resumption, Roger held to love for 3-1 and had so far looked untroubled on serve. That changed in game six where Wawrinka finally had some inroads but he couldn't take advantage of Federer only landing one first serve in the game.

4-2 quickly became 5-3 and after Stan held for 4-5 it was up to Roger to serve it out which he did with aplomb, coming up with a ridiculous pickup volley to serve it out to love to win through in 59 minutes. 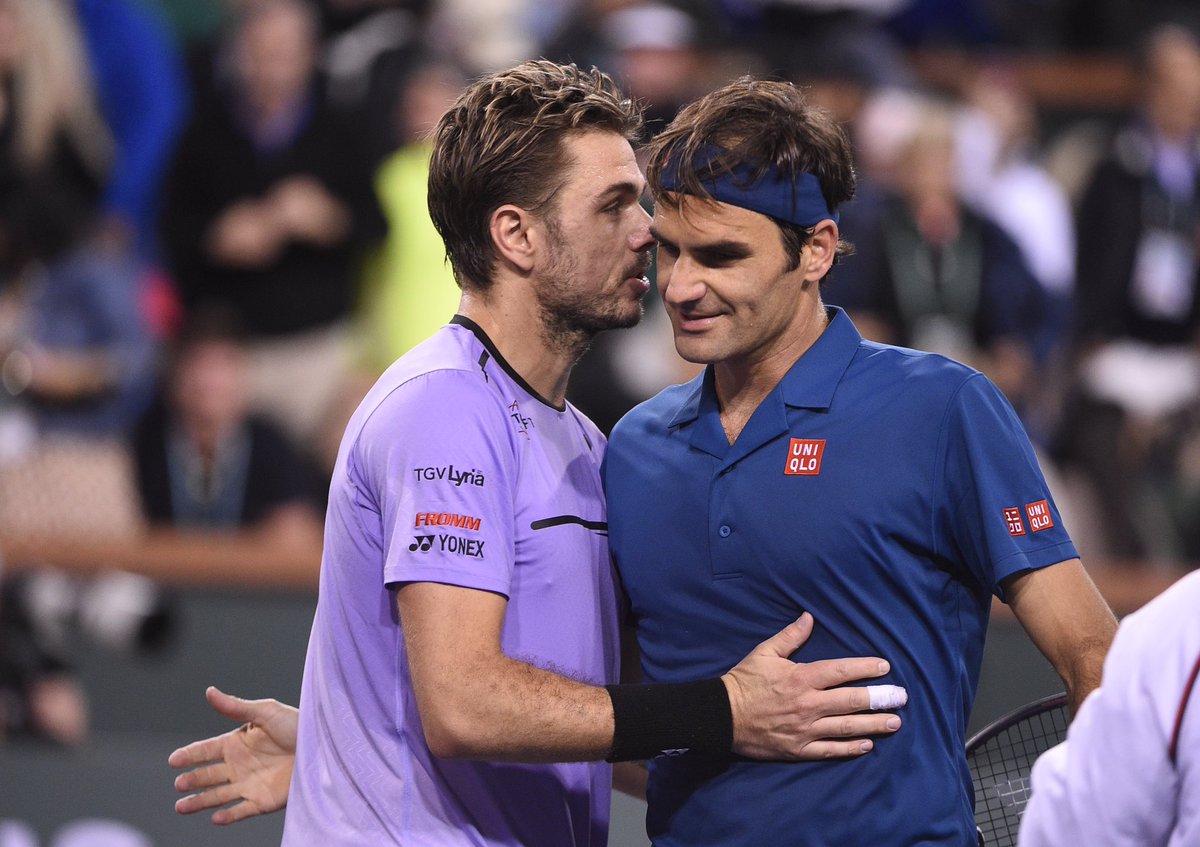 I think I felt good from the beginning. The breeze picked up a little bit for the evening, I thought, but I didn't feel like it had that much of a play in it. I think for me the plan worked. I was able to mix up my game, cover my serve, be dangerous on the return. Maybe take some rhythm away from Stan, like I always try to do, but you can't always make it work.

A solid match here for Roger who again played well from the word go. Nice variety, early ball striking and he had a good read on Stan's serve which saw him put a lot of balls in play. In fact, he returned 90% of all Stan's serve in the match which put him under constant pressure.

He also realised Stan wasn't feeling great in the legs early doors after his tough matches against Evans and Fucsovics respectively. That saw him bring out the drop shot similar to how he used it in the Coric match in Dubai which zapped even more energy from Wawrinka. Smart thinking.

Stan did show some signs of life in the second set in game six where he teed off on some balls but didn't have the rhythm or patience to really build the point so never really had much of a sniff of getting back into it and was unable to create a single break point on the night.

So plain sailing, just 59 minutes on court which is ideal ahead of today's fourth round which is earlier in the day and he looks to be striking the ball in what are tough conditions. Job done 🙂 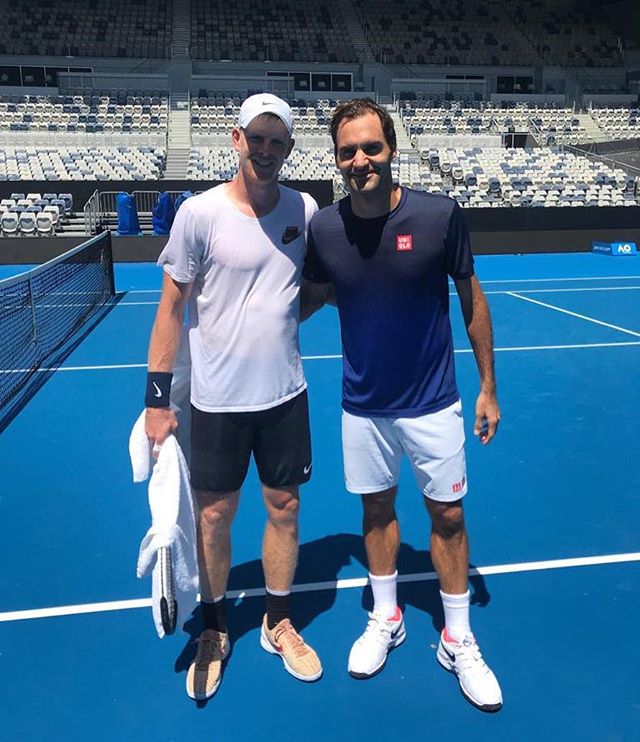 Next up is Kyle Edmund who continued his solid run in the desert with a straight sets win over Radu Albot. Edmund won the Indian Wells Challenger last week so it's no surprise to see him come through his first two matches here given he's familiar with the conditions and full of confidence.

Roger has never played the Brit but he's practised with him a few times at the Laver Cup and at this years Australian Open so he'll know his game reasonably well.

Of course, matches are a different kettle of fish but there aren't going to be too many secrets in this matchup, Roger will have to look to force the issue and rush Edmund for the baseline otherwise he'll be on the end of the Edmund forehand which is a huge weapon.

I think this will be a good match as it's going to be Federer's ability to take it early, his fleet of foot and variety against Edmund's raw power. Picking the Swiss to come through but could be a three setter.

What were your thoughts on the match against Wawrinka? Predictions vs. Edmund? Let me know in the comments.