The young greek recovered from dropping the first set and saved all 12 of Federer's breakpoints on the night to record his biggest career victory and move into the Quarter Final's where he'll face Roberto Bautista Agut who won his third five-set match of the tournament. 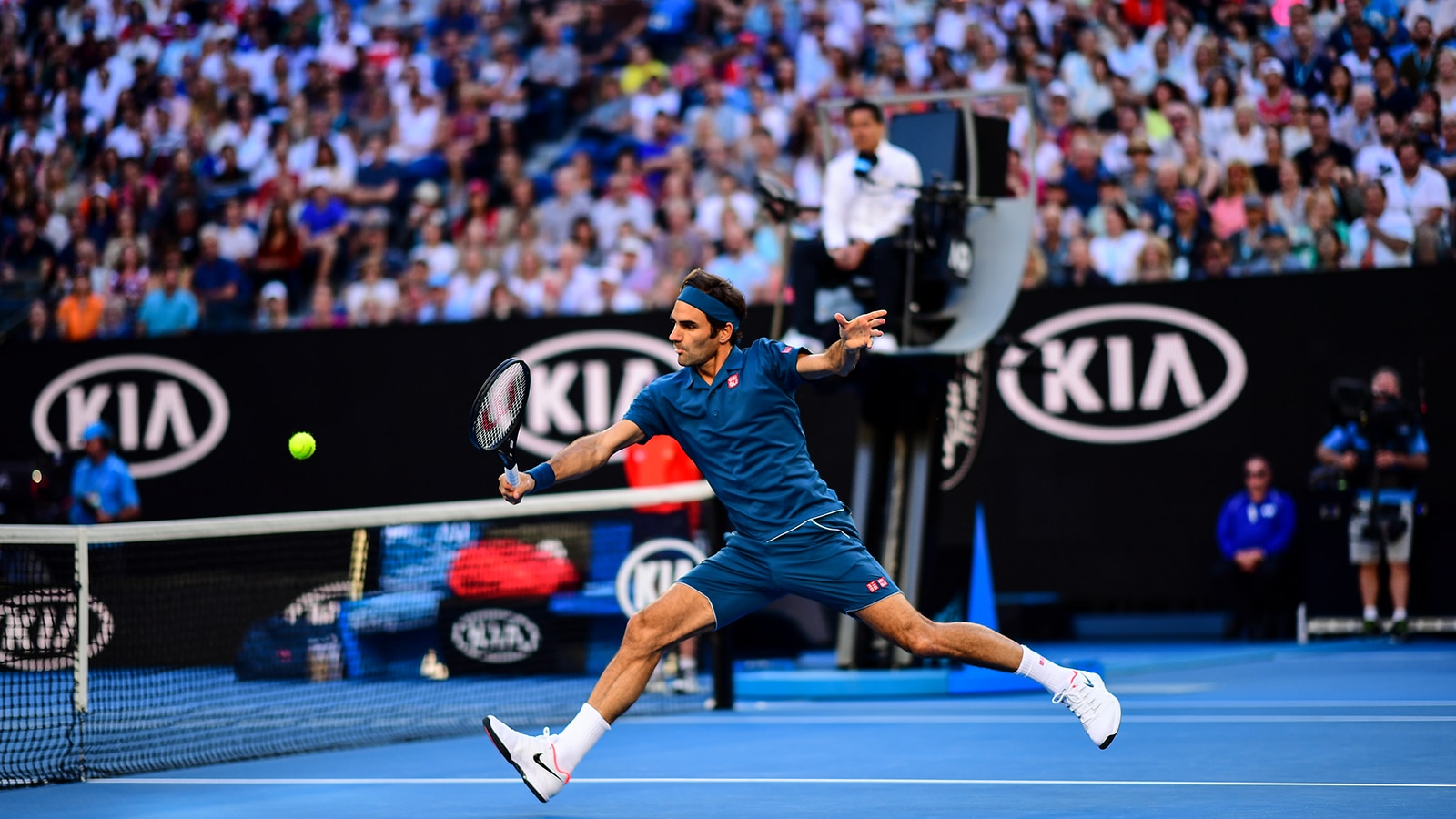 Roger levelled to fifteen and the pair exchanged comfortable holds with the only further half chance to break coming in game seven when Tsitsipas made deuce on the Federer serve.

No breaks of serve meant a tie break and Tsitsipas went up a mini-break to lead 2-0. However, a missed backhand that didn't need to be so close to the line helped Roger get back on level terms.

The Swiss then went up a mini-break of his own thanks to a big inside in forehand to lead 5-4 but he couldn't keep the advantage as Tsitsipas made it 5-5.

A similar pattern of Roger missing forehands was emerging and a crazy dig fom Tsitipas off a great Federer return gave him set point at 9-8.

Roger saved it and moved into a 10-9 lead. Another missed forehand helped Tsitsipas save that and he soon lead 11-10.

A serve and volley behind the second serve saw Roger level at 11 all and he finally snatched the set 13-11 despite winning one less point overall.

Into set two and having been the better player in set one, Tsitsipas let his level drop in set two but Roger couldn't find the all important breakthrough.

The Swiss held three break point in game six, another in game eight and four more in game ten but coupled with Tsitipas finding some big serves and the famed forehand misfiring he failed to convert any of them.

That meant the set resulted in another tie break and this time around Tsitsipas took control early and didn't look back, moving up 3-0 and maintaining the advantage to take it 7-3.

Roger was now serving behind in the score and he needed to find an extra gear in set three. Both players traded comfortable holds in the opening six games but it was again the Swiss who created the first chances, holding two break point in game seven which again went begging.

Tsitsipas then had two break chances of his own but Roger saved them to level for 4-4. However, in game tweleve, the Greek broke through to snatch the set 7-5.

Into the fourth set and Tsitsipas held to love for a 1-0 lead. Roger was then pegged to thirty and it was the twenty-year-old who looked to be in better shape.

Despite that neither he nor Roger could make any real inroads on the return and other than the Greek's medical timeout the only real moment of note came in game twelve when Roger was serving at 30 all. A smart topspin second serve quashed the pressure and he held to force another tie break.

Like the previous two, it was Tsitipas who went up the first mini-break but Roger was able to recover it with a brilliant cross-court stretch forehand on the run.

I thought that would re-energise the Swiss and although he held his next two serves to lead 4-3, he faltered at 5-5 hitting a forehand long which gave Tsitispas a match point which he converted with a big serve and forehand combo. 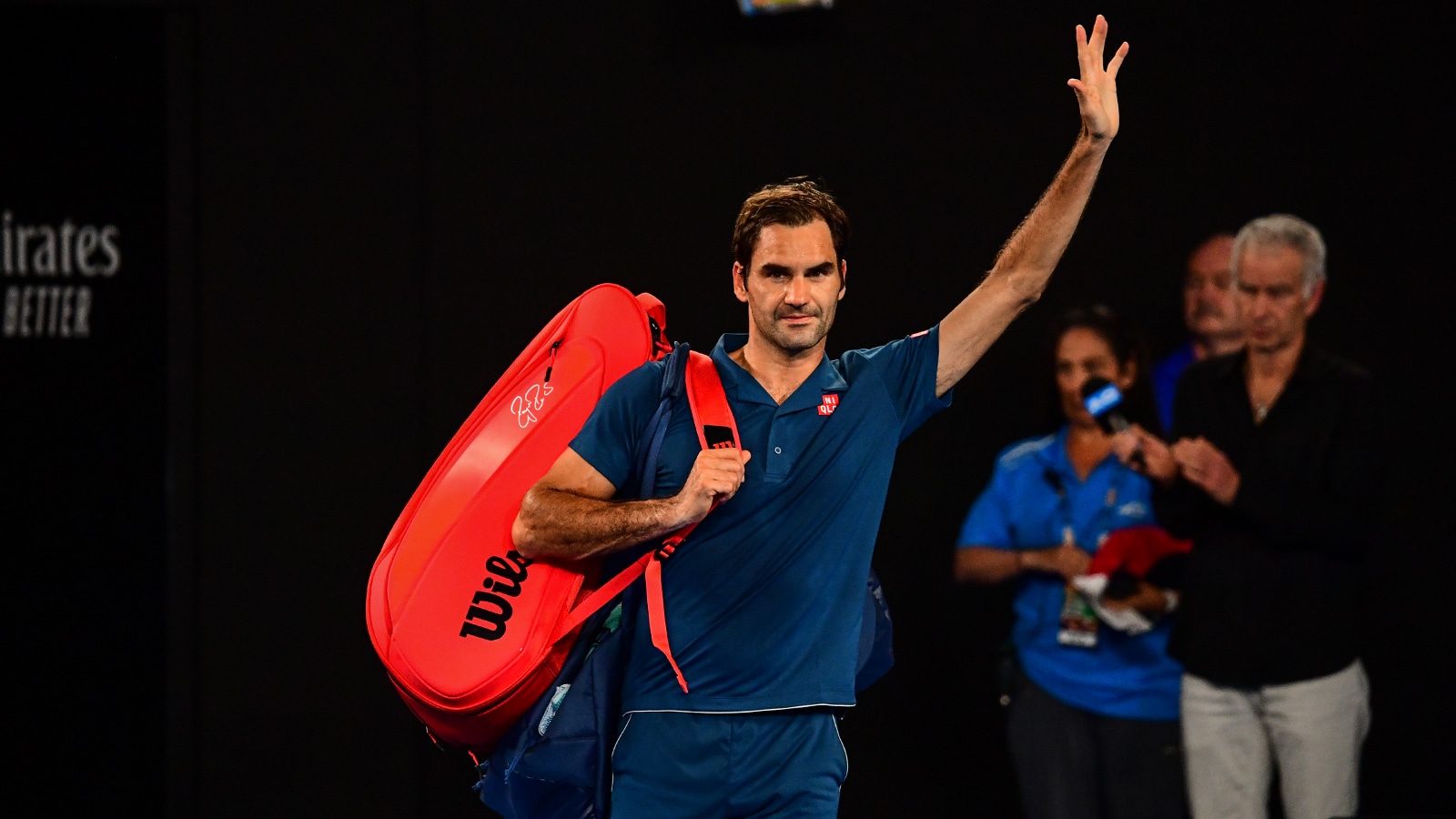 There are always multiple factors that play into a match like this. But it definitely didn't go the way I was hoping on the break points. I also didn't break him at the Hopman Cup, so clearly something is wrong how I return him, what I'm trying to do. He's doing a good job to defend them

I lost to a better player who was playing very well tonight – hung in there, gave himself chances at some point, stayed calm. It's not always easy, especially for younger guys. Credit to him for taking care of that.

Conditions also changed throughout the match, like every year when you start at 7pm and go into the night. It gets harder to go through the opponent. I thought conditions were definitely a bit slower this year than last year – didn't allow for as much variation, to be quite honest.

But he did a nice job of taking care of his half-volleys. That's maybe what won him the match tonight, I'm not sure.

Surprise loss here for Roger and not one I really I expected. There was always a chance Tsitsipas could spring a surprise given his rise up the rankings and Roger's last two slam losses to Anderson and Millman respectively but I fancied the Swiss to come through in 4 sets based on his level in the three rounds previous.

Looking back that could have happened had he been able to take some of his chances in the second set but he basically blazed forehands wide on half of them and the other half Stefanos saved with some bold plays.

Statistically, 0/12 is his worst break point conversion rate in his career and although 1/17 at the French Open in 2007 arguably reads worse the maths says 6% > 0% ? and that's very tshitty for Roger and his fans.

But irrespective of those multiple chances in the second set, over the duration of the match he was second best on the night and the Greek did a better job at forcing the issue to play on his terms. He only had three break points but he converted when it mattered and kept it together in the tiebreaks to come away from it the worthy winner.

For me, the loss boils down to a couple of things. Firstly I don't think Roger had his best moving day, not terrible but not as explosive as he still can be even at 37. That meant he was having to work harder to win points and to try get on top in the rallies.

Second, Tsitsipas moved very well and in cooler conditions, Roger couldn't really find a way through him. That meant he had to play one more ball time and time again. Consequently, he got tighter under pressure and the forehand was never loose. Most of those forehands missed were from tension in the arm, you could see Roger trying to loosen up between points a few times but he never really connected properly with any of them when it mattered.

When he's muscling it in, power/depth both drop, penetrating the court doesn't happen and his game is a lot less effective. I don't have the numbers but Tsitsipas looked like his groundstrokes were a good 5mph quicker on the night.

Finally, the big news aside from the loss is that Roger will be playing on Clay this summer as he revealed it in his French-speaking press conference.

I had a feeling he would when it was revealed his offseason featured a lot of leg work. So it's not a huge surprise and I'm interested to see how he gets on. But first Dubai, Indian Wells and Miami are all scheduled.

As always let me know your thoughts on the loss in the comments. It's been a fun Australian Open on the blog even though it was curtailed but I'll be back before before Dubai kicks off 🙂