The win sees Roger further cement his record as the only player on the ATP Tour to make fifteen semifinals at any one tournament having done so in Basel, the ATP finals and now at the Noventi Open.

The Swiss made a fast start as he broke the Spaniard in his opening service game to take the first set at a canter but Bautista Agut raised his level to dominate the second and force a highly competitive decider that could have gone either way.

Federer will next face Pierre Hugues-Herbert who defeated Borna Coric after he retired with a back problem having lost the first set 7-5. 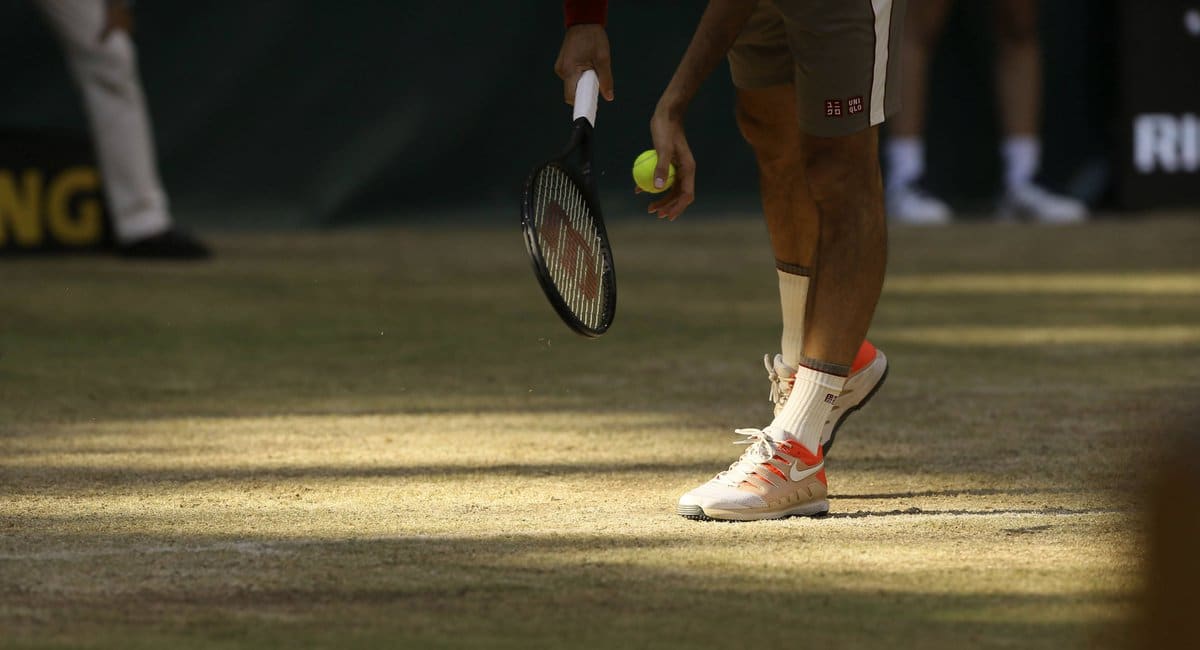 Federer won the toss and elected to receive. A decision that had an immediate reward as two quick points and a Bautista Agut double fault gave Roger three break points. A big inside out forehand converted at the first time of asking for 1-0.

A hold for fifteen consolidated the break for 2-0 and Roger was firmly in control using variety and injections of pace to rush Bautista Agut on the baseline.

That was soon 3-1 and then back to back love holds then put the Swiss up 5-3 before the second break of serve secured the first set 6-3.

Into set two and a hold to thirty put Federer 1-0 but in game three Bautista Agut made his move, taking advantage of some Federror's to convert his third breakpoint after a poorly executed drop shot from the Swiss.

The Spaniard consolidated for 3-1 and was able to ride out the set 6-4 with Roger making little headway in his return games after some impressive serving and baseline hitting from Bautista who landed 71% of serves and found a lovely rhythm.

With another deciding set nailbiter to complement yesterdays thriller, Roger got himself in trouble in the opening game and Bautista set up a break point with a stunning passing shot on the run.

The Swiss saved it with a serve + big forehand combo and then had to save another after failing to control a volley, finding the line with another forehand before going on to hold for 1-0.

It was then Federer's turn to see a break point for 30-40 but Bautista Agut's flat forehand fired an inside in winner to save it and hold.

The pair then exchanged holds but it was Bautista Agut looking the more capable, doing a great job of pressuring Federer's forehand out wide with the Spaniard making deuce in game five.

A love hold from Bautista immediately put the pressure back on Roger in game seven but he held comfortably then had a break point of his own to go up 5-4. A netted run around the backhand return saw the chance spurned and Bautista Agut held for 4-4.

Roger then delivered a timely love hold of his own for 5-4 and after Bautista Agut came up with some slick hitting to lead 15-0 in game ten, he went completely off the boil, firing four unforced errors in a row as Roger broke out of nowhere to snatch the set and the match. 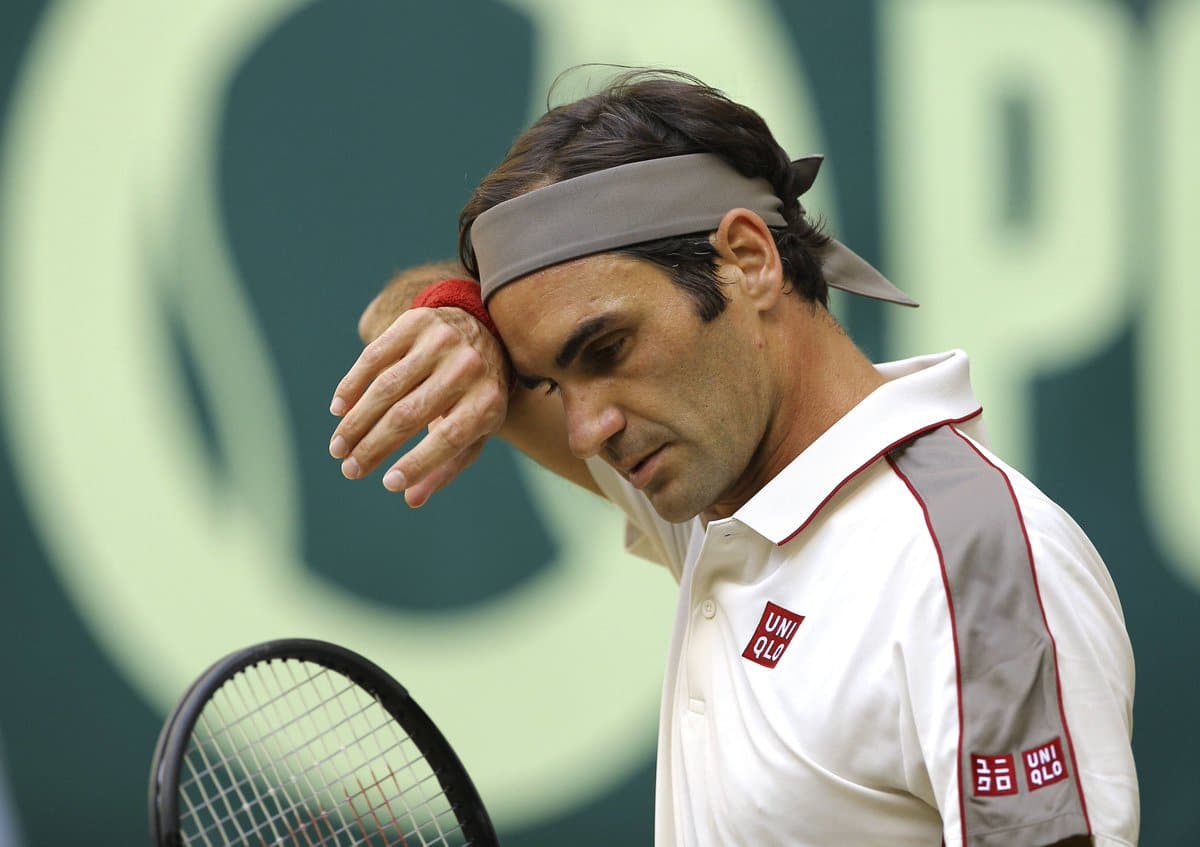 He has a very dangerous forehand as we saw, his open continental grip allows him to hit through the court and he puts you on the back foot. If you're not careful and don't have enough firepower he will dictate baseline rallies and he can do that not a problem. I'm not surprised and I enjoyed the battle. Federer on his battle with Bautista Agut

Another close encounter for Roger here and a match that could have gone either way. Just like the Tsonga tie, a disaster game from Bautista Agut at the end of the third set cost him dearly as he'd looked the stronger player for large parts of the decider.

In this one, Roger came out firing from the word go fusing his variety with injections of pace to keep the Spaniard on the back foot and way behind the baseline where he was ineffective. However, Bautista Agut didn't let the loss of the first set deter him and he upped his game in the second set, putting far more on his forehand and creating himself a nice rhythm from the baseline where he was making a ton of balls and making Federer do the hard yards.

I thought he did a great job of pressuring Federer's forehand with some hard, flat, line finding hitting and there wasn't a whole lot Roger could do as the Spaniard didn't seem like he could miss for most of the set. He's got great speed and court coverage too so was able to soak up Federer's shots and stay offensive.

As for Roger, I thought he played well. Everyone sees the score and thinks wow losing a set to RBA on grass, he must have played poorly. But his level was there for the most part. The only area you can say let him down is his how many free points he's able to get off his first serve, not many aces and as he alluded to in his press conference after defeating Tsonga he feels his serving location hasn't been great. Bautista Agut looked to be returning many of them with interest and I think he needs to get his 1st serve win % up to win the title.

I know Pierre-Hugues very well. He’s come to Switzerland before to train with me. He's a good guy. Likes to take the ball early, make cuts at the ball, takes time away and comes to the net. I’m excited. It is going to be different from what I saw today. Slight adjustment, I don’t know how the weather is tomorrow. I don't know if I’m playing again at this time of the day. I'm looking forward to it. It is always nice playing against someone for the first time. Federer on his upcoming match with Hugues Herbert

Next up is Pierre Hugues Herbert who got through after Coric retired after losing the first set 7-5. I picked Herbert to have a good tournament in my Halle 2019 draw post so I'm not too surprised to see him in the latter stages here.

The Frenchman has a good game for the grass as he's got a decent-ish serve and can volley too thanks to him being a regular fixture on the doubles circuit.

Despite never playing him on tour, Federer knows his game well as he's trained with him a few times so I think he will have a good idea of what to expect. Does Herbert have the tools to trouble Federer? Seem's unlikely to me. Fed has played back to back 2-hour matches though now so he's not had it easy but I like his chances to make another final in Halle.

What did you guys think of the win against the Royal Bank of Agut? Predictions against Herbert? Let me know in the comments.