A battle in Basel for Roger Federer as the hometown hero overcame a tough encounter to see off Filip Krajinovic 6-2, 4-6, 6-4 in 2 hours and 8 minutes to keep his hopes of a 9th title at the Swiss Indoors alive.

It's the first time the Swiss has dropped a set in his opening match at the St Jakobshalle since 2008 and after winning seven straight games to take the first set and lead by a break in the second he appeared to be fully in control but Krajinovic hit back, breaking three times in the second set to run Roger closer than he would have liked. 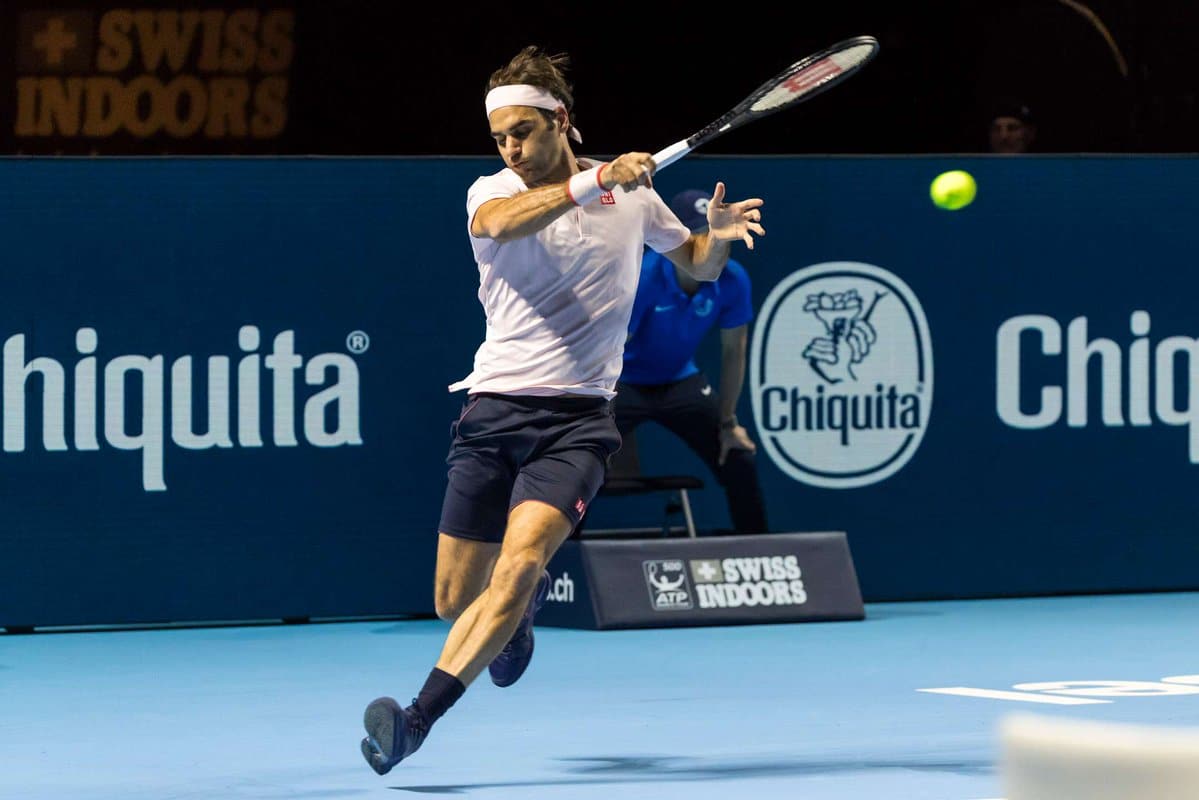 Federer won the toss and elected to receive. Two ill-advised approaches helped the Serb to an easy hold before Roger levelled at 1 game all.

It was a sluggish start from the 8-time champion who had to save two break points in game four but from there he was able to find some rhythm, breaking in the next game en route to five games on the spin as he took the set 6-2 with a nice mixture of ball striking and hustle.

With momentum on his side, a runaround forehand return gave the Swiss a break of serve in the opening game. Despite looking in full control at 3-1, the wheels soon came off as Krajinovic upped his game to win four games in a row for a 5-3 lead and whilst he failed to serve it out, he broke Roger for the third time in the set to take it 6-4.

With Roger's level all over the shop, a tense third set was the likely outcome but he allayed some nerves by moving up a break in game three. The break was consolidated for 3-1 after Roger saved a breakpoint but Krajinovic wasn't finished just yet, saving a break point in game five and then holding three break points in game six only to blaze a forehand long at 30-40 which allowed Fed to hold for 4-2.

A marathon service game then saw Roger get the insurance break for 5-2 but it was only fitting that he couldn't serve it out at the first time of asking, playing a loose service game to give Krajinovic a sniff of a comeback. The Serb then held for 4-5 and Roger was soon in more trouble at 0-30 after a wing and a prayer Roddick-esque net approach but he somehow steadied the ship to hold and take the match much to the relief of the packed St Jakobshalle. 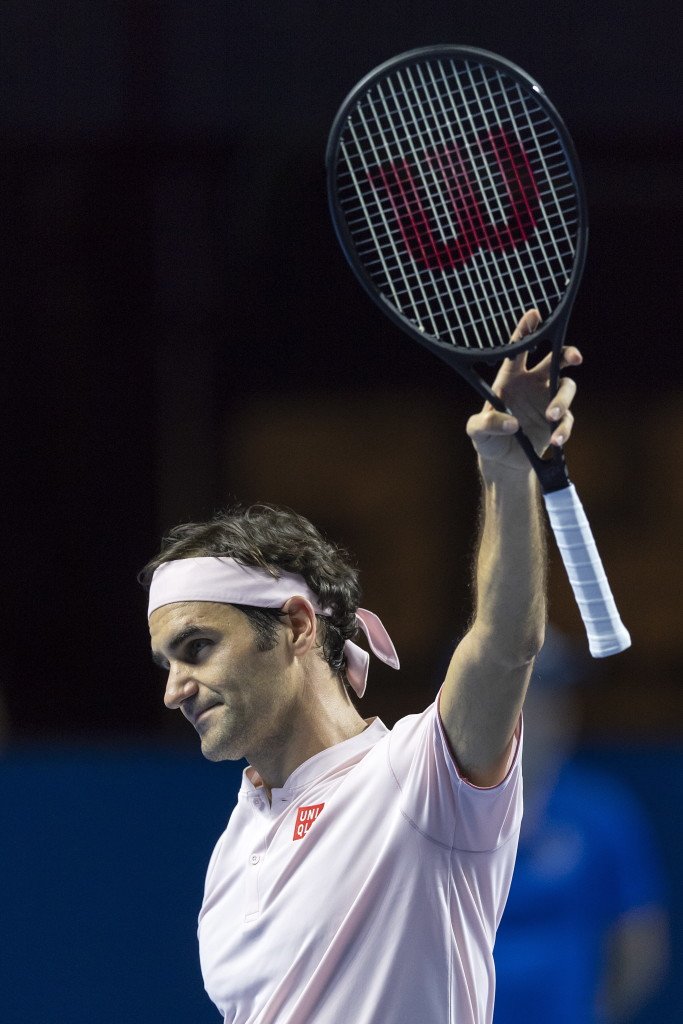 A rollercoaster opening round here and Roger's tennis went from sublime to second rate in the blink of an eye. In his pre-tournament interview, Roger said he expected a stern examination from Krajinovic and he certainly got one tonight as he struggled to maintain consistency in any area of his game.

He started poorly in the opening exchanges, clearly struggling for timing and short balls that are usually mopped up were blazed long and wide. Was he overeager from the expectant crowd? Perhaps so. Fortunately, Krajinovic couldn't take advantage and once Roger saved break points in game three he was able to settle down and actually started to play some good stuff. However, it was short lived and the second half of set two was a really poor show as he lost serve three times to drop it, missing his first serve consistently and the ground game looked ropey at best.

In the lead up to Basel, we discovered some sort of hand injury has been affecting Roger's forehand since the beginning of the Grass Court season in Stuttgart. It's supposedly now fine but his forehand looked to be off again tonight, committing 23 of his 38 unforced errors. His serve was equally poor, landing just 41% of the time and producing 6 double faults. Is it still an issue? Who knows, rustiness and hometown pressure could also be a factor tonight so I guess we'll see in the next round if the trend continues.

Anyway, you can't exactly say it was impressive but a win is a win and Krajinovic is no pushover, he moved very well to make a lot of balls and volleyed nicely to put in a much better showing than he managed in Indian Wells earlier this year.

Next up is Jan-Lennard Struff who defeated John Millman in two sets. I thought the German would win with his big hitting game and I caught the last set in which he played some decent stuff. Millman is a tough grinder but he has no weapons and on a quick looking indoor court it's an uphill task.

Struff, on the other hand, has a huge game and will pose a threat when he plays Federer on Thursday. Fortunately, Roger has a day off to prepare and he will need to up his consistency big league to get past his 6ft 4″ opponent who can win plenty cheap points behind his serve. Based on the first round I'm not sure what to expect, could be another roller coaster, but at least he's very much au fait with conditions after spending two hours out there so we shall see 😀

What did you guys think of the match? Relieved (Wanda)? 🙂 Let me know in the comments.