Roger Federer is through to the Quarter Finals for the seventeenth time at the Swiss Indoors after thumping Radu Albot 6-0, 6-3 in 62 minutes.

The Swiss completely overpowered his opponent, firing 32 winners and recording his 95th bagel at tour-level, his first since 2006 in Basel where he gave Guillermo Garcia Lopez a similar beatdown in the last sixteen.

The nine-time champion will face either fellow countryman Stan Wawrinka or Frances Tiafoe in the last eight, both of whom recorded impressive wins against Pablo Cuevas and Dan Evans respectively. 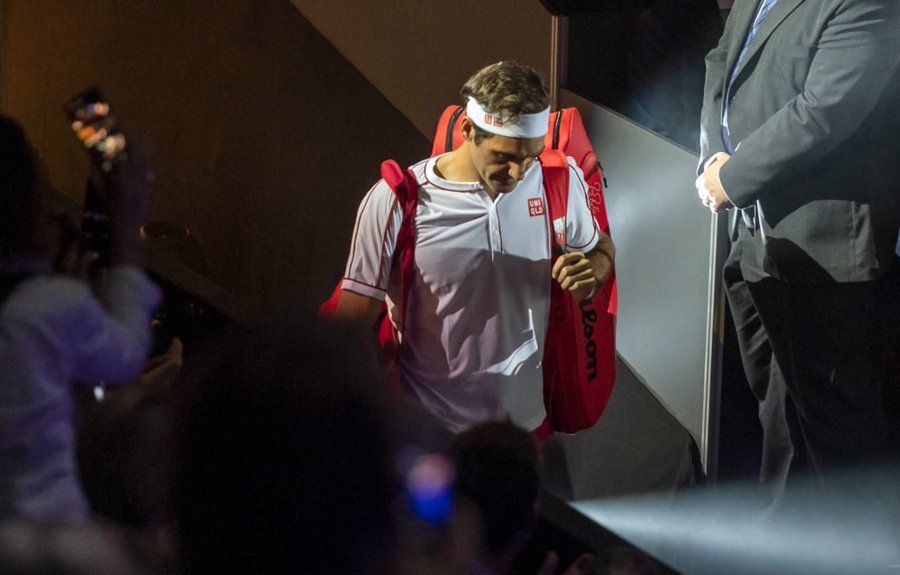 Federer won the toss and elected to receive. That paid off as the Swiss was able to break in the first game, firing a sweet backhand winner to set up breakpoint.

A hold to thirty consolidated the break and Federer was soon up a double break, breaking to thirty for a 3-0 lead.

Into game four and Albot was able to string together some excellent points to fashion a breakpoint of his own, Federer saved it and then had to save another with a big first serve. An ace brought up game point, and Federer was soon up 4-0.

A bullet forehand in game five gave Federer 0-30, and a weak first-serve straight into the strike zone was similarly dispatched to give the Swiss 0-40. Albot then went long with a backhand and Roger was up 5-0.

Four points later, and Federer had the first set in the bag in just 22 minutes, delivering his first bagel in Basel since the one he served to Garcia Lopez in 2006.

The Moldovan left the court for a toilet break during the changeover and upon his return, he was quickly down 0-40 after Roger came up with an insane get off a volley to push a backhand down the line. Albot managed to save all three and went onto hold two game points, but Federer was able to create a fourth break chance which he converted for 1-0.

A love hold consolidated the break for 2-0 meaning Federer had won the first eight games, but in-game nine, Albot finally troubled the scoreboard, holding to thirty after Roger left a ball that dropped in.

Federer fired down a hold to fifteen, meaning he'd dropped just seven points on serve to lead 3-1 in the second before Albot held again to keep within one game.

A love hold put Roger up 4-2 and the pair then exchanged comfortable holds to put Federer one game away at 3-5.

The Moldovan looked set to hold for his fourth straight game but a delicious lob made deuce for Federer, and he reeled off the next two points to take it 6-3. 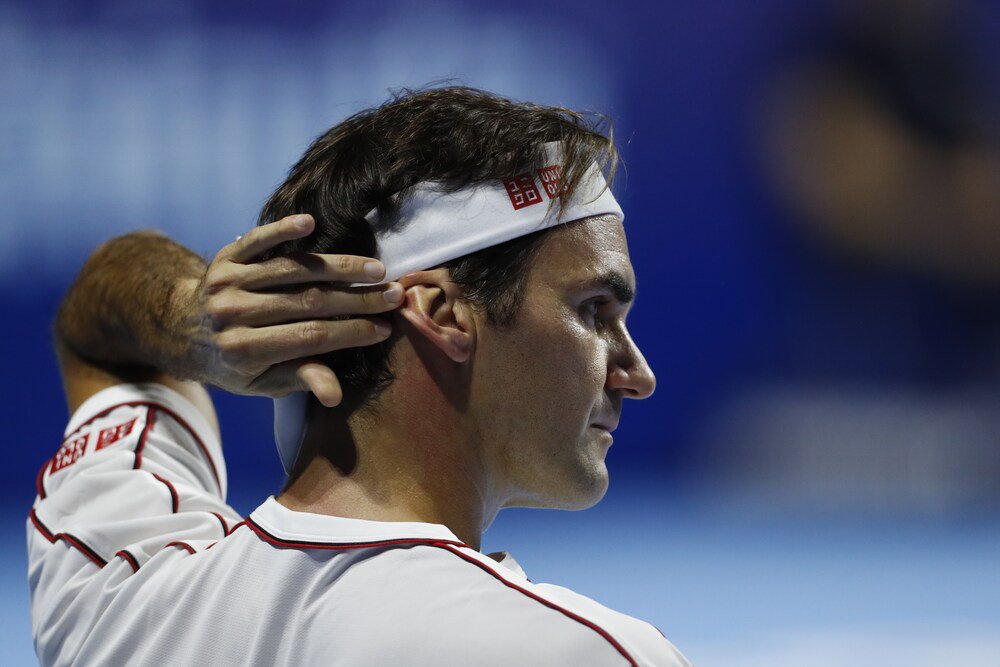 I'm extremely happy because I struggled against him in Miami. He definitely got my attention there, I was basically a point away from losing. So it was important to show my reaction from that match, get out there and have a proper game plan. I learned a lot in that match. I respect Radu a lot, he tries everything to win, in a tough and fair way. Today I had an answer for everything he threw at me so I'm very happy. Federer on his win over Albot

A brilliant performance from Roger here and he played a perfect match. 75% of first serves in, 32 winners, including 15 from the forehand to completely dominate his opponent.

It wasn't as though Albot played poorly either, he made plenty of balls, but Roger overpowered him from the baseline and the Moldovan's lack of free points on serve put him behind the eight ball from the very first game.

Like the first match, Federer's explosiveness in his movement was impressive, and he looked a step quicker compared to Shanghai. Even when Albot managed to get ahead in some of the rallies, the Swiss quickly regained control and all Albot could do was cast a wry smile as the match passed him by.

The other plus point aside from the serving numbers was his weight of shot, some of his forehands were hit like tracer bullets that left Albot stood like a statue on the baseline.

Another job well done and having dropped just six games in two matches; it's the fewest he's dropped in the first two rounds since 2006. Not bad to say that was thirteen years ago!

Unfortunately, Stan Wawrinka had to withdraw immediately after he defeated Frances Tiafoe 7-5 in the third on Thursday evening.

Stan revealed he had hurt his back in the last game of the match, somewhat similar to Roger when he faced Wawrinka in the ATP Finals back in 2014.

The bad news is that I will have to retire. I had some trouble with my back in the last game. I'm sure I cannot make it for tomorrow (Friday). I will pull out. Wawrinka after beating Tiafoe

So a tad disappointing for the fans looking forward to an all-Swiss encounter on home soil and it's not ideal prep for Federer either given he is now into the semi-finals having played just two straightforward matches on Monday and Wednesday.

I watched most of the Stan match and his movement looked poor throughout so I couldn't see him posing Federer problems had they met, but just to keep feeling the ball on the strings would have been useful.

Federer will face either Stefanos Tsitsipas or Filip Krajinovic in the semi finals on Saturday.

What did you guys think of the win over Albot? Thoughts on the walkover? Let me know in the comments.