The 2019 Dubai Duty Free Tennis Championships draw has just taken place and Roger will face off against fellow veteran Philipp Kohlschreiber in Round 1.

The Swiss is making a return to the Aviation Club after missing last years event due to his contract expiring and he heads in the number 2 seed behind Kei Nishikori. You can see his projected opponents below. 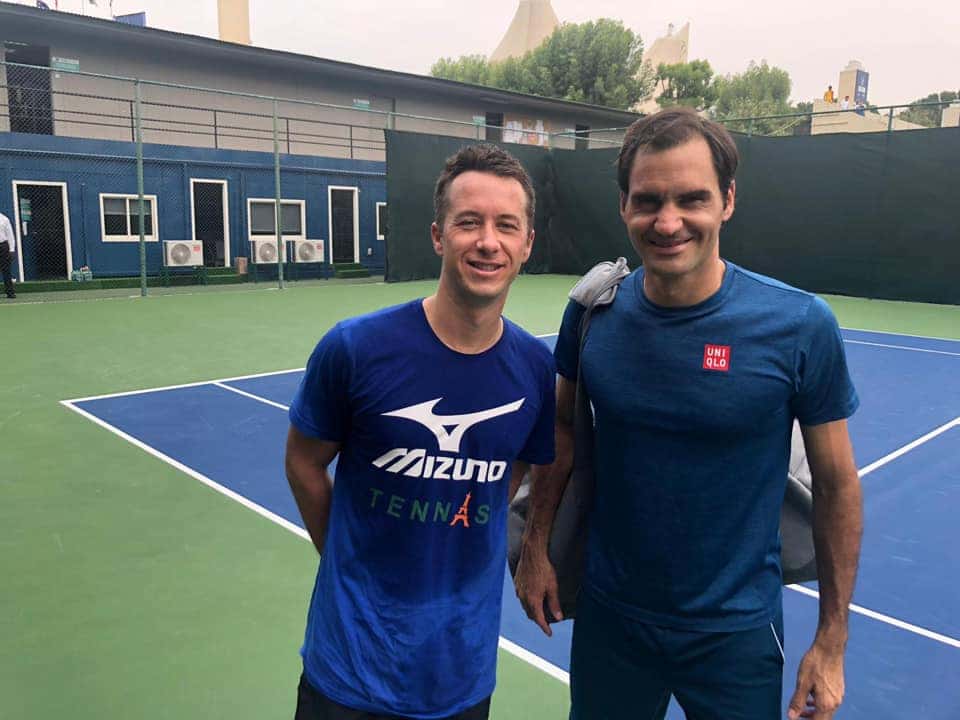 First up is longtime friend and the man Roger practised with yesterday, Philipp Kohlschreiber. They've played each other 13 times over the years and Kohlschreiber is yet to get a win.

The German is 33 in the world at the moment and he's had an average start to the year, playing ok in Auckland but hasn't won a match at his last two tournaments in Marseille and Rotterdam respectively.

On his day he can produce some of the most eye-catching tennis on tour and he's run Roger close a few times so it could be an interesting one. Roger's last match in Australia was hardly a confidence booster so I'm eager to see how he starts his campaign, is it a cagey affair or can he hit the ground running?

Should Roger win his opening match then round 2 is then either Verdasco or a qualifier. Like Kohli, Fiasco has never beaten Federer and has won just one set in their six meetings. He too has all the shots but I'm not sure he really has it in him to beat Roger should they meet.

Into the quarterfinals and Milos Raonic is the top seed in that quarter. I was sceptical of Raonic's form heading into the season but he impressed at the Australian Open making the quarterfinals. Fed leads the H2H here 11-3 and as long as he looks after his own serve then it's usually more than enough but in best of 3 with the lottery of tiebreaks, it won't be easy.

As for the semi-finals, Khachanov is the top seed but he's had a rough start to the year losing in the first round of his last two tournaments in what looks like the stereotypical let down after ending the year in style winning his maiden Masters 1000 title in Paris.

Coric and Bautista Agut are the other names that stand out in this half. Agut is the defending champion and started the year strongly in Melbourne but he's had some sort of injury post-Australia. That saw him withdraw in Sofia and skip Rotterdam all together so there are question marks. Coric hasn't looked in great form, losing to Humbert in Marseille so should Roger make the semifinals he'll likely be the favourite whoever else makes it.

For the final Nishikori is the top seed in the other half but he also has Medvedev, Cilic and Tsitsipas to deal with. Kei has made a nice start to the year and I watched his match against Stan in Rotterdam which was a very high quality affair.  I make him the favourite to make the final but you could pick any one of those for guys really and if the courts playing quickly Medvedev will like his chances.

Expectations for Fed? None other than playing aggressively and trying to take the game to all comers. Let's see how far he can go.