In a high quality three hour and two minute encounter at the AccorHotels Arena, Roger reeled off 54 winners and saved all 12 break points he faced but Djokovic was just too solid the big moments, serving with precision at key stages in the match and running away with the third set tie-break to set up a showdown with Karen Khachanov in tomorrow's final. 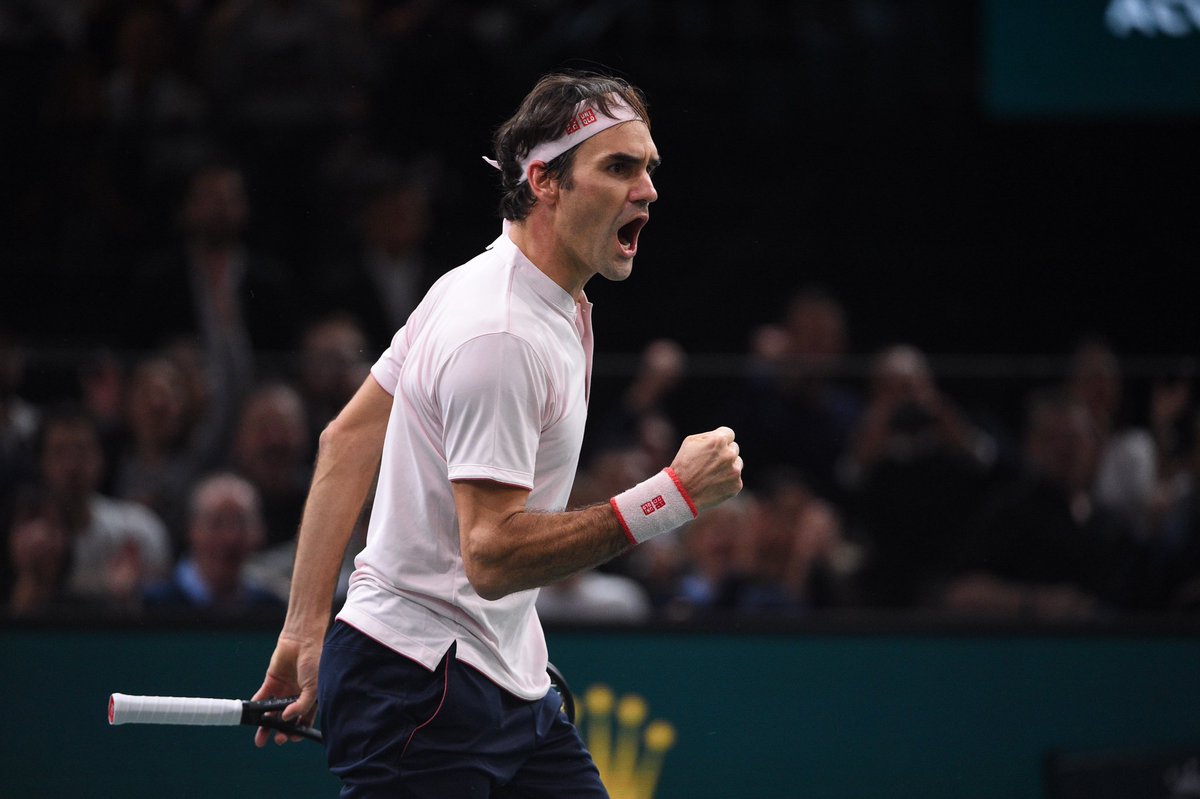 Djokovic won the toss and elected to serve. The Serb was quickly up 40-15 but a string of nice points saw Roger make deuce twice in the game before Novak held for 1-0.

It'd been seven straight matches that Roger had not been able to serve above 60% and he was immediately under some pressure, slipping down a breakpoint only to save it and level for 1-1.

A hold to 30 put Novak up 2-1 before Roger levelled with a hold to 15. It was a cagey start from both and after a couple of simple enough holds Novak should have broken through at 4-3, holding four break points, one of which Roger saved with a reaction volley off a net cord that somehow went in off the frame 😆 .

However, he failed to do break as Roger held after a 10-minute game and we soon moved into a tie-break to fittingly decide the first set.

Into the breaker and Roger won the first point to snatch the mini-break, but he handed it back almost instantly losing his second service point.

Another mini-break came Roger's way as he moved 4-2 in front but he again relinquished it.  Djokovic then won both service points to lead 5-4 but he Swiss matched him to hold a set point at 6-5.

Roger then had two second serves to return but he missed out on both, playing conservatively as Djokovic won both to lead 7-6 and the Serb was able to take the set 8-6 after a Federer shank on set point.

Into set two and Roger had to save two break points in the opening game. Djokovic then saved a break point of his own and after a high quality first set, the second went into a bit of a lull as both men failed to create too much on the return.

It was Djokovic always looking the more likely though with his solidity from the baseline and in game ten he created a breakpoint to put him virtually in the final. Roger stood firm, erasing it with a big forehand and holding. The Swiss then used that adrenaline to power through his next return game, winning 9 of the last 11 points of set two to break and take the set 7-5.

Like set two, Roger again had to dig in at the start of the third, again saving two break points to hold for 1-0. At 15-30 he began to have opportunities on the return but Djokovic's serve remained precise and he levelled for 1-1.

The pair again exchanged comfortable holds and we didn't see more than one point won on the return again until game nine, which featured two more break points for Djokovic but again Roger held firm to hold for 5-4.

Three routine games later and we had a deciding set tie-break. It was the first one Djokovic had played since Rome in 2016 but he showed no signs of rust, winning 6 points in a row aided by an untimely Federer double fault to lead 6-1 and the Belgrade native converted his third match to take it 7-3. 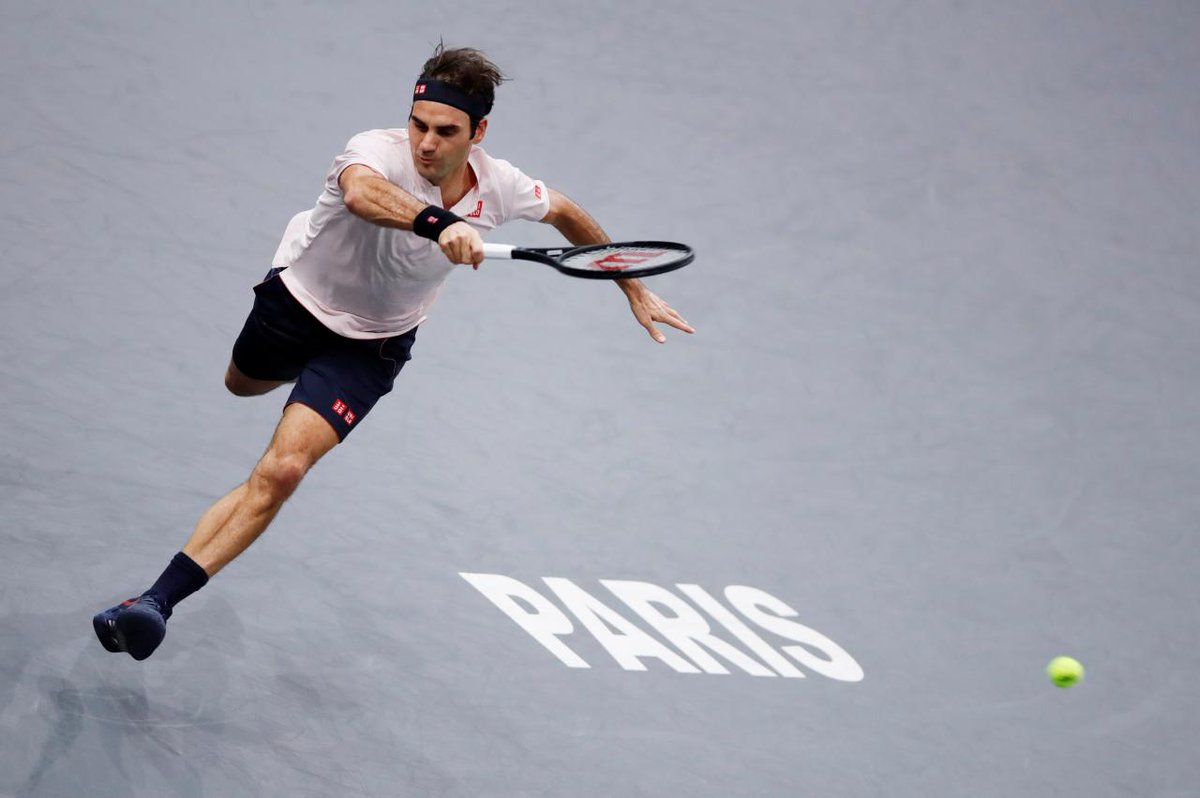 Novak is obviously on a roll. You can feel it. He protects his serve very well. I think I did the same as well. And at the end it came down to a few things here and there.

A great match here and one that highlights how good the Federer & Djokovic match up is when the two play well.

Obviously not the right result for Roger but I think he can walk away from this one with a ton of positives. In Cincinnati, he was soundly beaten by Novak and obviously left knowing he can play better.

In Paris, he can walk away knowing he played a very solid match and had he done one or two things that bit better he'd be in the final. That's not a bad place to be considering he's been in scratchy form over the last few months and playing Paris was somewhat of a last minute decision.

As for where the match was won and lost it really did boil down to a few moments here and there. For me Djokovic was the better player in all three sets as he defended his serve so well, facing just two break points and limiting Roger to very few chances.

He did, however, give him few look-ins, notably in the first set tie-break and those second serve returns at 6-5 and 6-6 were just a bit too tame from Roger. I think the lack of pace caught him out on one of them as it was only 132 km/h but it was so short in the box it really deserved the treatment. Other than that Federer didn't have much to go at, and the half chances were always snuffed out by Djoker who is a mental giant right now after being on such a hot winning streak.

But it was exceptionally close and the reason is that Roger served way better than he has of late and showed a lot of Houdini like skill to save all 12 break points. The other pleasing aspect was that the Swiss also went for his shots when down in the score and seemed to be playing freely for the most part which hopefully continues into London in a weeks time.

So 37 years young, playing back to back tournaments and coming within a whisker of beating the best player in the world right now. Pretty good I say and this was one of my favourite matches of this season, right up with there with Djokovic Nadal from Wimbledon in terms of quality.

As for Novak, what can you say, He's like a wall at the back of the court. Interestingly it's the first time he hasn't converted a break point when he's created double-figure chances in a match but he was just so solid over the three hours, saying in his post-match interview it was one of his best matches he's played against Roger. He never looked unsettled even when Fed's flukey frame volley off a net cord went in he just laughed it off so he's clearly in a good space right now and assuming he's not tired after back to back three setters he heads into tomorrow's final as the overwhelming favourite.

What did you guys think of the match? Let me know in the comments 🙂