The best performance of Roger's 2018 Shanghai Masters so far as he saw off Kei Nishikori  6-4, 7-6(4) in one hour and fifty-two minutes to reach the semi-finals.

Like his previous two outings at the Qizhong Forest Sports City Arena this week the Swiss started in aggressive style, making mincemeat of Nishikori's second serve. However rather than another tough three-setter, this time around he withstood a valiant fightback from the Japanese, recovering from 1-4 down in the second set tie-break to book his spot in the semi-finals. 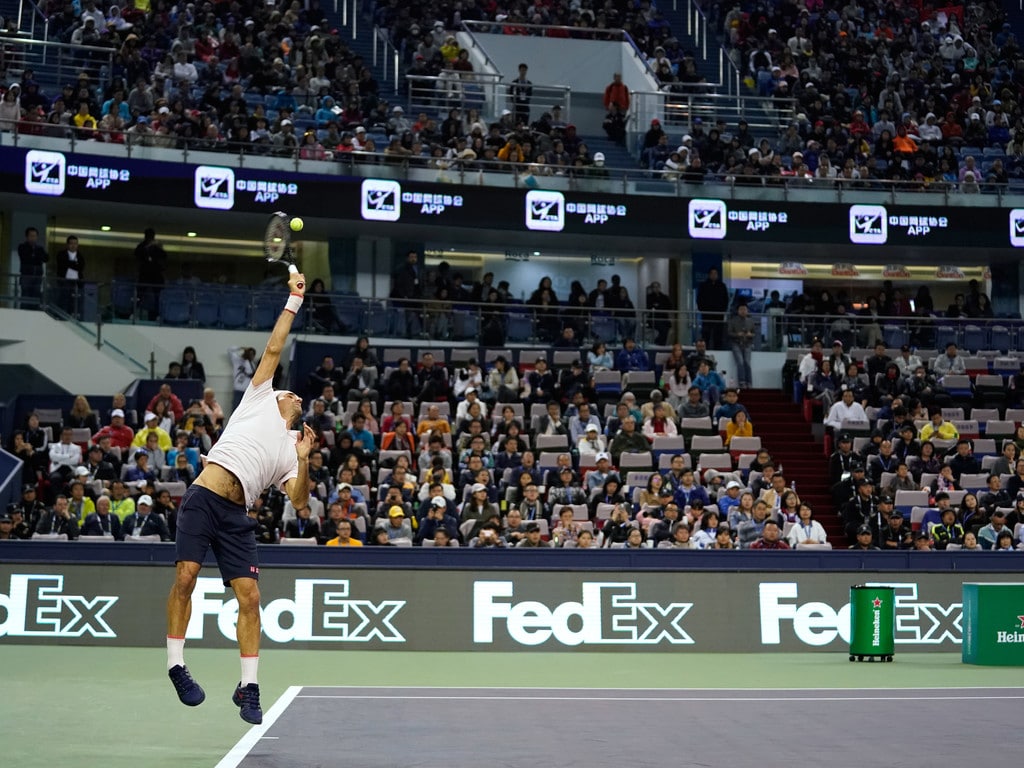 Roger won the toss, elected to receive and soon had Nishikori under pressure with two break points. Nishikori saved both to make deuce but the game was far from over and Roger finally got the breakthrough on his 6th break point to take a 1-0 lead.

The break was consolidated for 2-0 and in game five Roger moved up a double break for 4-1 with more dominant baseline hitting. That looked to be set done but Nishikori was able to recover one break with a break back to love. A deuce game in the eighth game gave him a sniff at restoring parity but Roger held and went onto take the set 6-4.

Into set two and in very similar style to yesterday's encounter against Bautista Agut, Roger went up an immediate break for 1-0 but again couldn't keep hold of it, dropping serve in game six as Nishikori rallied to level at 3-3. Buoyed by the break Nishikori held his next three service games, recovering from 0-30 in game eleven to hold for 6-5. Roger then had to hold to force a tie-break, coming up with the goods at 15-30 and two deuces to hold.

Nishikori had only lost two tie-breaks this season and he got off to a dream start in this one moving into a 4-1 lead with some impressive serving and baseline hitting. Back to back aces then steadied the ship for Federer for 3-4 and from there he was able to gain back control, rifling a 151 km/h forehand to get the mini-break back and moving up his own mini-break after a Nishikori ball clipped the tape. Two first serves then got the job done. 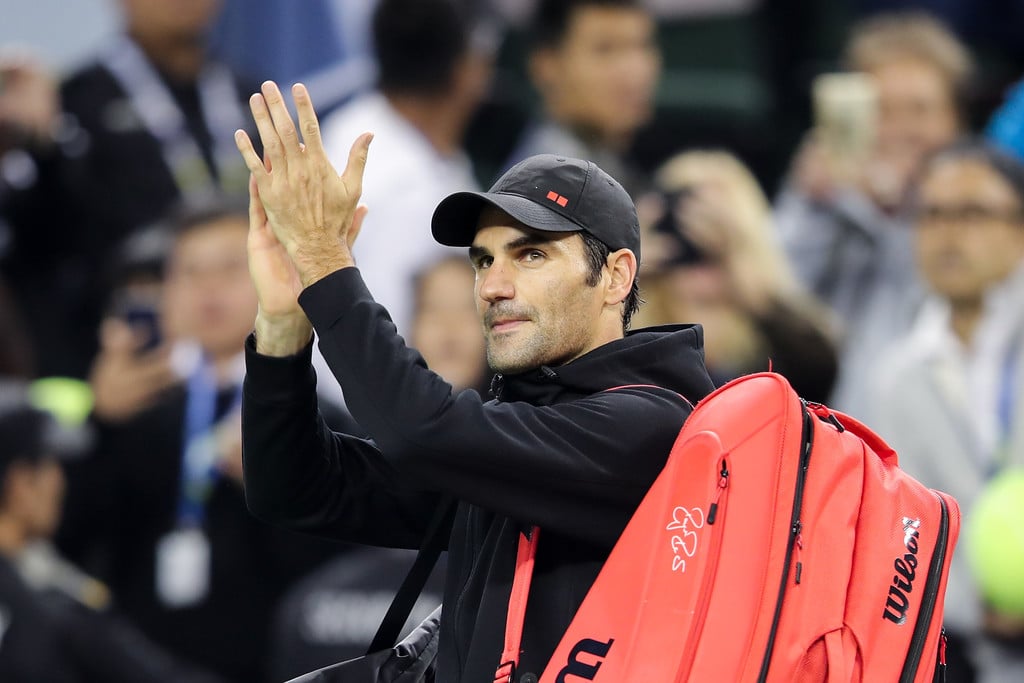 Yeah it was extremely tough, I thought Kei struck the ball nicely. Maybe I got a bit, not lucky, but maybe there were some important moments where he misfired a little bit and I came up with some good stuff. So overall I was a bit better on the big points today and those are the matches you want to dig out sometimes.

A great win from Roger here and the tennis on offer from both he and Nishikori was awesome to watch. Great ball striking,  both taking it early and moving very well made it a very fun match.

Roger started brilliantly, ripping it from the off and going after Nishikori's second serve with disdain to get the early break and he was well on top in set one.

However, once Nishikori was able to get some more rhythm and hit a few more balls he made it into a real tough encounter, spreading the court beautifully from the baseline and he made some moves into the net when he had the chance which proved profitable. It looked like he'd be able to take it three sets after really playing well at the end of set two and the start of the breaker but Roger kept his own level high and those back to back aces in the breaker were crucial to put the pressure straight back on Nishikori's serve.

So super fun match and Fedikori is a great matchup for the neutrals. Styles make fights and this is one of the better Fed matches I've watched of late so I'm looking forward to re-watching the key points on the highlights latest.

I think he's played a wonderful tournament so far. He beat me in the Halle finals and I beat him in the Indian Wells semi, so it's going to be extremely close. I expect it to be tough.

Next up is Borna Coric who beat Australia's Matthew Ebden in straight sets. Coric has put together a few decent tournaments this year winning Halle and now making his second Masters 1000 semi-finals of the season here in Shanghai.

Coric is a bit of a poor man's Djokovic with his game style which is no bad thing, he makes a lot of balls and he's also improved his serve a lot this year as we saw in the Halle final so he should be another test come tomorrow. On the whole, Coric has fairly inconsistent results and Stan should have really taken care of him in the first round but he's worked his way into the tournament and is now in the last four. If Fed plays like today and feels good in the legs I like his chances as he'll be able to play all on his terms.

What are your predictions against Borna Identity Coric? Did you enjoy the Nishikori match? Let me know in the comments 🙂