Roger Federer is into the third round in Paris after recording a convincing 6-4 6-3 6-4 win over German Oscar Otte on Court Phillipe Chatrier.

Otte, ranked 144 in the world was looking to make the most of entering the tournament as a lucky loser and was able to hang with Federer throughout all three sets. However, his game unravelled when it came to the crunch as the 2009 champion progressed in 1 hour and 36 minutes.

The win sees the Swiss move into the last 32 at Roland Garros for the 15th time in his career and he'll next face Casper Ruud who defeated Marco Berrettini in straight sets. 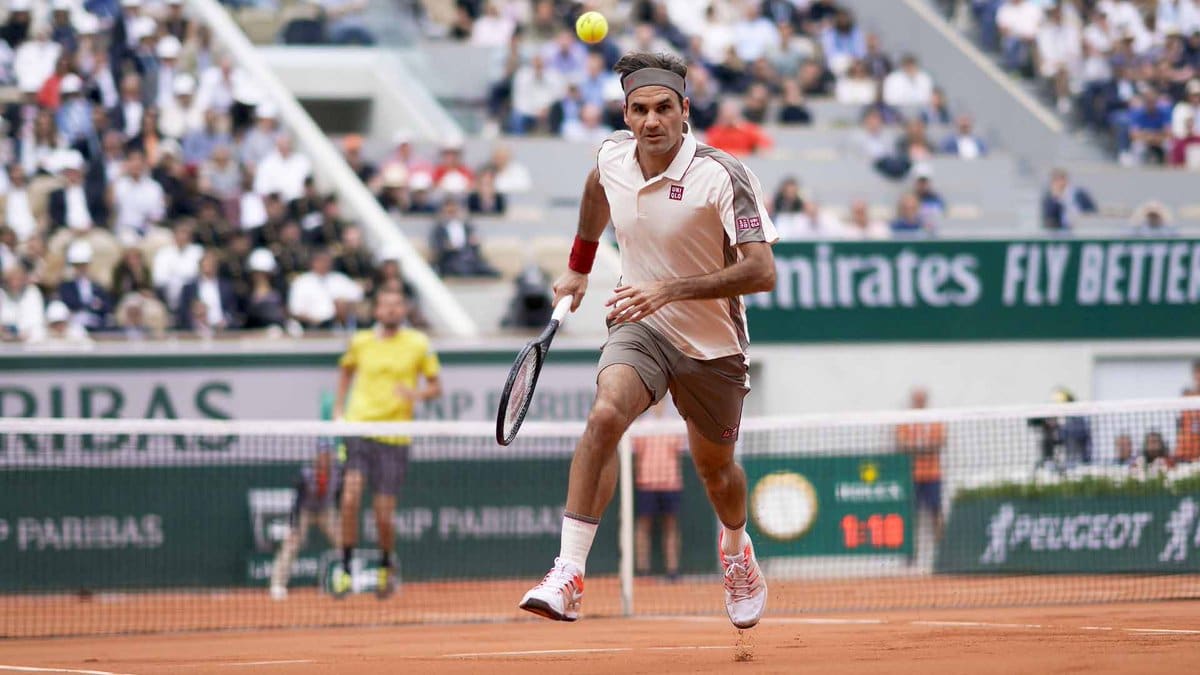 Federer won the toss and elected to serve. A hold to thirty put him 1-0 up but Otte showed some early signs of his gameplan with big hitting off both wings.

The German had said pre-tournament Federer was his idol growing up but he showed no sign of nerves as he held to love for 1-1.

Into game three and a super pickup off a bullet forehand return prevented Otte from creating 0-30 as Roger held to fifteen for 2-1.

The Swiss was then able to force deuce on the return but Otte held firm and that trend continued until 4-4.

In game nine, Roger held to thirty thanks to a slick topspin second serve ace on game point. That meant Otte had to serve to stay in the set and he got a bit panicky, pulling the trigger too early as Roge converted the first break point of the set to take the set 6-4.

Into set two and Roger kicked off with a hold for 1-0. A sick return the brought him to thirty all on the return but Otte held to level.

Back to back love holds put Roger up 3-2 and in game eight he was able to break for 5-3 by working the angles.

With zero trouble on serve in the set it was only natural Roger slipped to 15-40, but he found some sharp & short points to make deuce and then hold to take the set 6-3.

A straight sets win was the order of the day and but it was Otte who made the better start to set four, creating 15-40 on the Federer serve in game three. Federer saved both break points, the second with a classy inside in forehand before holding to level at 2-2.

With Otte looking strong on serve he held to 15 and then to love to lead 4-3. A quick hold from Roger saw him level at 4-4 and he was able to test how the German handled the business end of the set.

The lucky loser won the first point but then lost four in a row as Federer made his move to break for 5-4. The Swiss then served it out to fifteen to move into round 3. 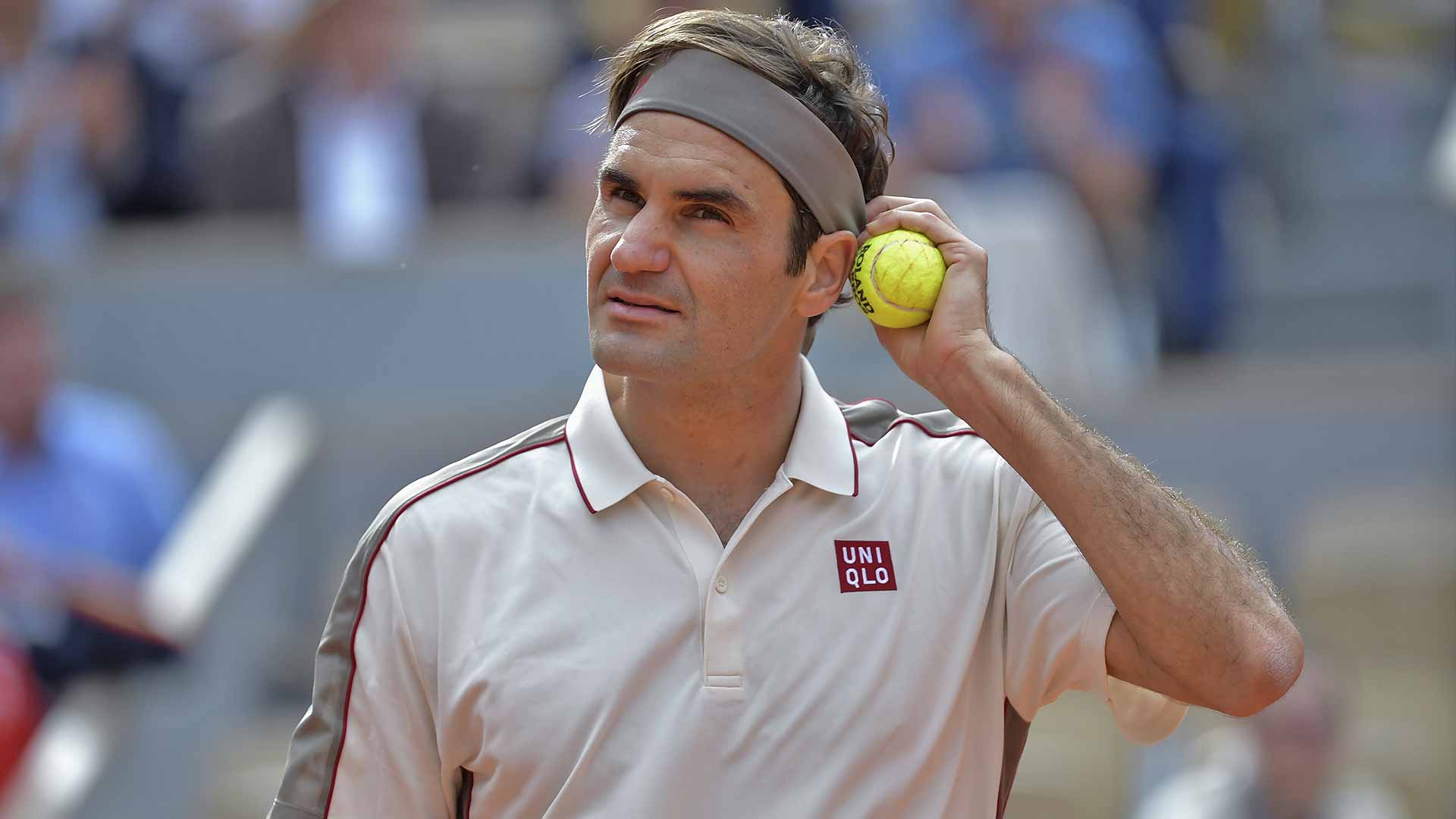 Yeah, I mean, look, I must say I feel really good, you know, considering I haven’t played here in that long, Especially if I think back a few weeks and months ago before Madrid, didn’t know how successful I was going to play or how I was going to feel on the clay Honestly, I was, you know, looking at a worst-case scenario, losing first round in Madrid and then somehow having a tough draw here as well and not getting past the first-round hurdle, and now I am talking about having won enough matches in Madrid and Rome, winning my first matches here in straight sets. All of a sudden, you feel the clay court season has been, it’s been busy, you know, and it’s nice this way. So I hope I can keep it up. Next round is definitely going to be tougher, I believe, you know. I’m very happy. We’ll see how far it’s going to take me. So far, so good. Federer on his win over Otte

Another good match from Roger here and I thought he was able to maintain a solid level from start to finish. For the second match in a row, he was playing someone he'd never faced before and knew very little about which is always tricky.

However, he soon got to grips with Otte's low ball toss Dolgopolov-esque serve and never looked flustered, saving all four break points faced and applying pressure at just the right times to come through in fairly routine fashion.

It's obviously impossible to say just how well Fed is playing given his opponent doesn't have much pedigree but he played a well-measured match, kept points short but didn't go super high risk, opting for a lot of spin to give him margin and spread the court then teeing off when he felt like he could end the point in 1 or 2 shots.

As for Otte, he played with a no holds barred approach, which allowed to him to stay with Roger from the baseline, but also saw him throw in some costly errors on some of the bigger points at the back end of each set. Still a decent showing and payday for him after thinking he was heading to the next Challenger Tournament given he lost in Qualifying to Garcia-Lopez. So he certainly made the most of it 🙂

I know that he’s improved a lot, you know, in recent years, and I think he plays very well on the clay. Again, I haven’t seen him play a whole lot. But for any 20-year-old to be on the big stage, playing a top guy, on a centre court, that’s what you dream of, at least I did Today, by the score line against Berrettini, seems like he did his work, and he deserves to be in the third round. I will take him very seriously. Federer on Ruud

Next up is Casper Ruud who defeated Berrettini 6-4, 7-5, 6-3. Somewhat of an upset based on form and rankings but having seen the Italian go five sets in Round 1 I wasn't surprised to see Ruud come through.

The Norwegian is a clay court specialist through and through and in recent years has been training at the Rafael Nadal Academy in Spain. So as you'd expect he's bland and straight off the production line but he's super solid from the baseline and can do some damage with his forehand.

He's not someone I've watched a ton of, but I watched some his matches when he had solid runs in South America a couple of years back and I watched him recently against Dan Evans in Rome which was a close match. Evans should have won that and caused Ruud problems with his style but couldn't put the ball away when he really needed to.

In terms of approach, I think Federer will play exactly like his first two matches, look to keep points as short as possible, create the angles and try to get Ruud in awkward spots on the court.

They've never played or practised together before so he's another unknown for Fed and probably the toughest opponent of his French open campaign so far. Not significantly better than Sonego or Otte but I think he's more solid.

Ruud is friendly with Nadal so no doubt he'll be texting the Spaniard for tips tomorrow so Fed needs to be on guard, take it early and use that blend of grass + clay court tennis to come through.

What did you guys think of the match against Otte? Predictions against Ruud?