Bit of a weird match from start to finish really with Fed looking flat early on, hitting back after taking some anti inflammatories but then coming up short in the third set tie break as Isner's serve proved the difference. 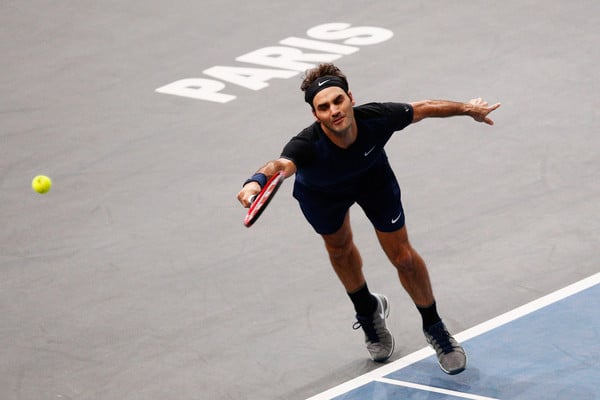 Isner won the toss and elected to serve, holding to love to kick things off. At 2-2 the Swiss made deuce on Isner's serve but couldn't find a way through, he then had to save a break point on his own serve to level at 3-3. In the previous changeover he also argued with good friend Cedric Mourier about enforcing rules on challenges 😆

At 4-4 Fed held his first break point but Isner held and the set quickly progressed to a tie break. Fed was rock solid in the besters against Big John at the US Open but here he slipped down an early mini break as as Isner ran away with it 7-3.

Set 2 saw Federer call the doctor to take some tablets which was said to be for an ankle issue. Or it could be a forearm problem according to a few tweets I saw. Who knows really but Fed did look a little off colour. Anyway Isner fashioned 3 break points at the start of set 2 and how he didn't convert one of them I'll never know; it was horrendous actually and he should have put the match to bed right there.

Of course he didn't and Fed kicked on after the hold, breaking Isner to lead 5-2 and then closing out the set 6-3. Out of nowhere he was back in the match just by making a few more balls and raising his intensity just a touch likely aided by a shot of adrenaline after saving the break points.

Into set 3 and with Isner serving first Fed created plenty of chances in the American's first couple of service games including 3 break points at 2-2 where Roger missed a makeable pass. Both guys then exchanged holds with Roger coming out of a few tight 0-15, 15-30 spots before the set resulted in a deciding tie break.

Just like the first set breaker Isner ran away with it, moving to a 6-2 lead thanks to some sloppy play from Fed. For a brief moment a comeback looked on when Roger clawed his way back to 6-5 but Isner fired down a big first serve to close it out on the fourth time of asking. 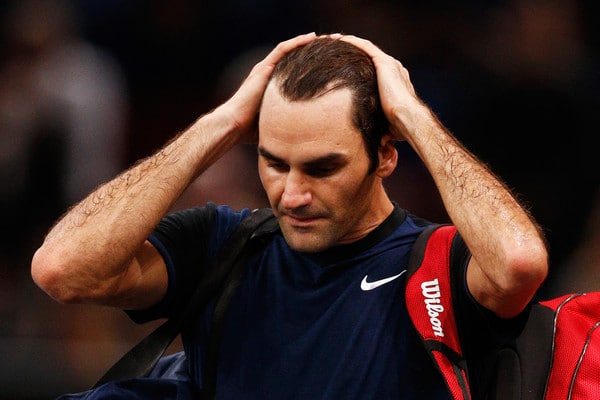 Like I said above bit of a weird match this one you feel Federer played pretty poorly but still had the better of the chances to win, creating 5 break points in the final set only to see the match slip away in the breaker despite not losing serve once.

One of the key things with Fed's success against big servers has been his sharpness / energy on the return which was lacking a bit today and he didn't look as dialled in. Perhaps there's a slight niggle which is what the anti-inflammatories were for but we don't really know how big an impact it had; all I can really say is you can tell he wasn't 100%.

As for Isner he had a pretty good serving day and I think he probably just about deserved the win. He still had to rely on Fed handing him some buffet points to get it done as he's not top tier but he came up with some good stuff in the breaker. Had he been big time then he would have broken Fed in game one of set 2 but instead got stretched to three and for that reason alone I can't see him giving Ferrer many problems tomorrow.

Next up for Fed is an Exho with Nieminen and then the World Tour Finals in London. The draw comes out next Thursday and Murray is assured the #2 ranking so the groups could be interesting. If previous years are anything to go by the courts could be setup for a grindfest but Fed played well last year before the back injury and if he's 100% fit going into it I think he can make the finals weekend.