The weather was as measurable as the English winter over the entire weekend. Cold, grey and raining, gah! How unlucky would I feel if I had visited this place purely for tourism? But that wasn't the case. How lucky I was!

How fortunate to have a Fed-experience at his hometown and to see him winning a trophy. It cost me a small fortune, but it was well worth it. Back home last week, I still can’t stop smiling. My face muscles are permanently paralysed by Fed magic? I want to sit alone quietly with a nice couple of tea and think through the event.

I had the tickets for semi-final and final so it was a nerve-racking week until my flight to Basel landed on Friday night.

As we all knew he was struggling. He was losing serve like never before! I’m normally optimistic but I was ready to be just a tourist spending some quality time with my girlfriend. Nice meal and wine. Yeah, not bad, right?

I was checking the score on social media until the last minute of boarding. Gosh it was a roller costar vs Giles, wasn’t it! The match was in the 2nd set and he lost serve yet again…argh it’s going a decider, isn’t it!

It was agony not knowing his fate and mine, I did nothing but pray in the air. When the aircraft landed I switched on my phone, prepared to find the worst. Then I noticed a message, it was from a tennis blogger…with just an emoji of ? as the message.

OMG, I will see him tomorrow!

The Tournament and the Venue 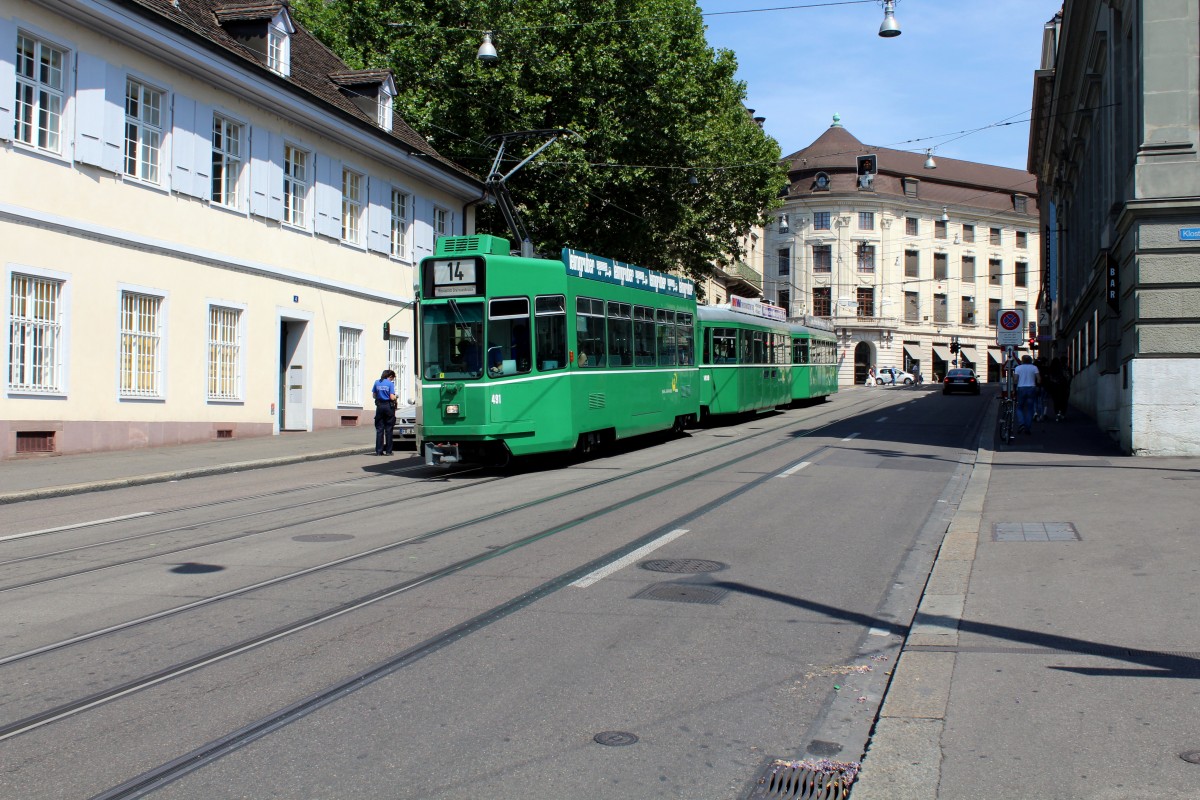 We loved it. St. Jakobshalle is conveniently located, compact and well organised. The tram from the city centre arrives in front of the entrance.

The transport network is impeccable (compared to France) and free for the tourists (with a Basel Card which is given by your accommodation).

As you can imagine, everything is as efficient in Switzerland as their watches. The Swiss Indoors, it feels like a prestige event, with the red carpet and well-maintained flower pots. Yet it’s relaxed and accessible.

Inside the venue, Roger’s dad was casually strolling alone in the crowd. The Federer family were having a gathering in the dining area, just outside of gate A1 where normal spectators also eat and drink.

The twins x 3 (including Roger’s sisters) accompanied by I think Diana’s husband, were waving their hands to their dad/uncle at the ceremony just a meter away from my seat. (Awww all so cute!)

You know, amazingly nobody bothered them. People just leave them alone. I was greatly impressed by how respectful Swiss people were.

The staff, barmen, ushers, security guys, all very nice and friendly. And not just Swiss fans but all spectators are polite and fair. They applaud great shots produced by whomever, even against their favourite son and hardly clap for double faults either. Not a zoo, trust me, Sue.

The view of the court was spectacular. Excellent visibility even from upper seats. Cool lighting, too. The atmosphere was simply awesome. We know too well anywhere Fed plays, the support for him is phenomenal. But at his home, the love for him is immense, utterly unique – this experience alone, worth a trip. 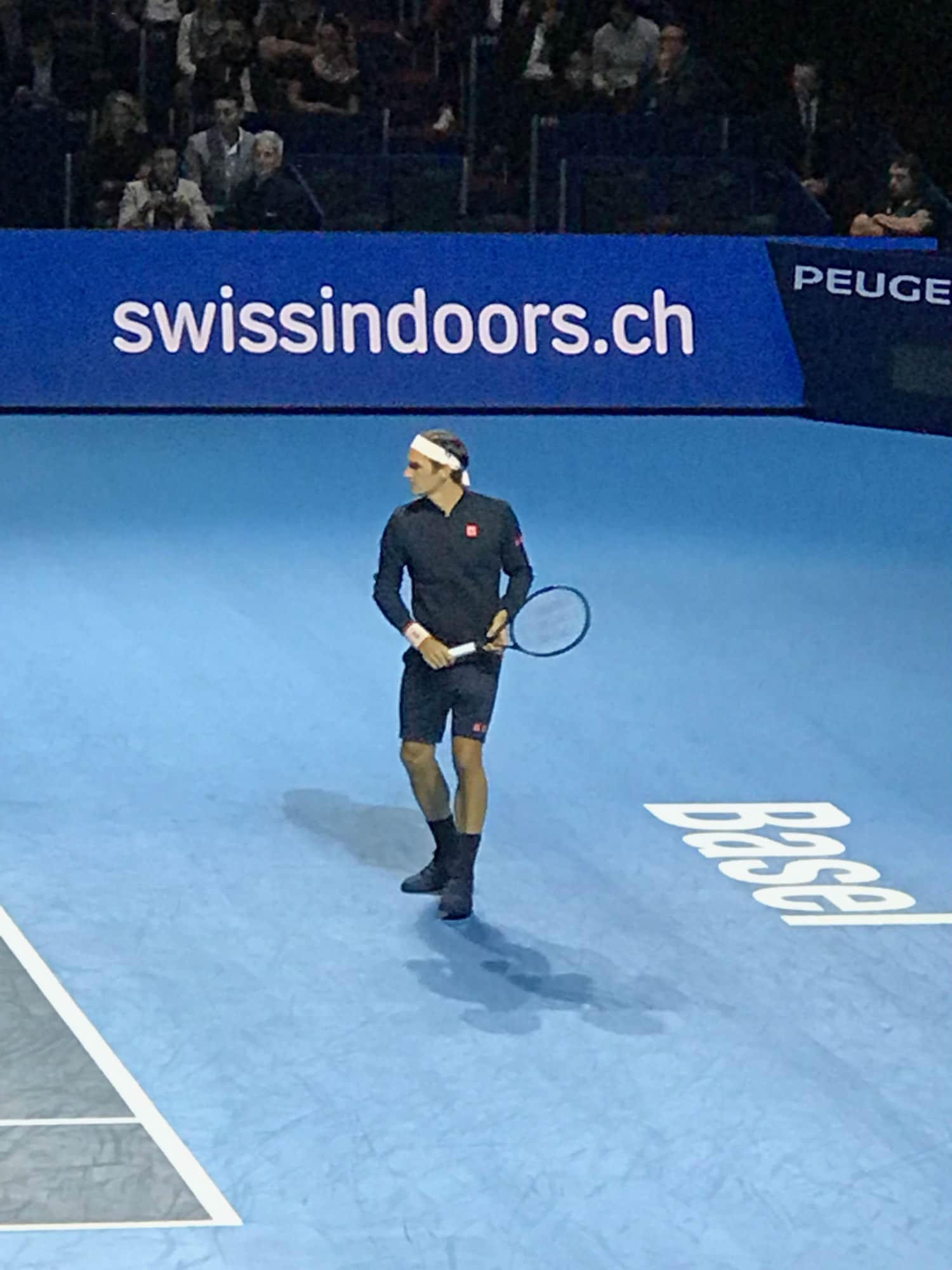 On Saturday we enjoyed the Zverev vs Copil match before Roger. We, I mean the crowd loved Marius! He played fantastically. Why have I never seen this guy? (Hahaha I know why I don’t really watch Fedless tennis 😆 )

He earned quite a lot of fans there. His slice was as good as Fed, I thought. And the serve under pressure, impressive! I was happy for him making the final…well until he broke Roger the next day.

The other semi-final was a bit let-down because of Medvedev’s poor form. But who cares, our Roger won without a taxing job. Who complains about having another chance to see him and it’s the Final. It was such a fun also participating for the Mexican wave led by the red Fed fan army.

As for the Final, I had a strong belief that he would get the No.9 and No.99 even though he was broken in both sets. Because of the way he fought through the matches with the bloody-mindedness. And it was so amazing to see it live really.

I felt that the entire arena was like a big peRFect Tennis chat room sharing ‘argh’ & ‘ooh’ and silent ‘hold & break’ mantra. A fun match though it was so intense! I clapped my hands so hard all the time that they were red and in pain. And the ceremony…Gee, why does the guy with 99 trophies still get so emotional? Please don’t make me cry, dude. You will be lifting many more trophies! 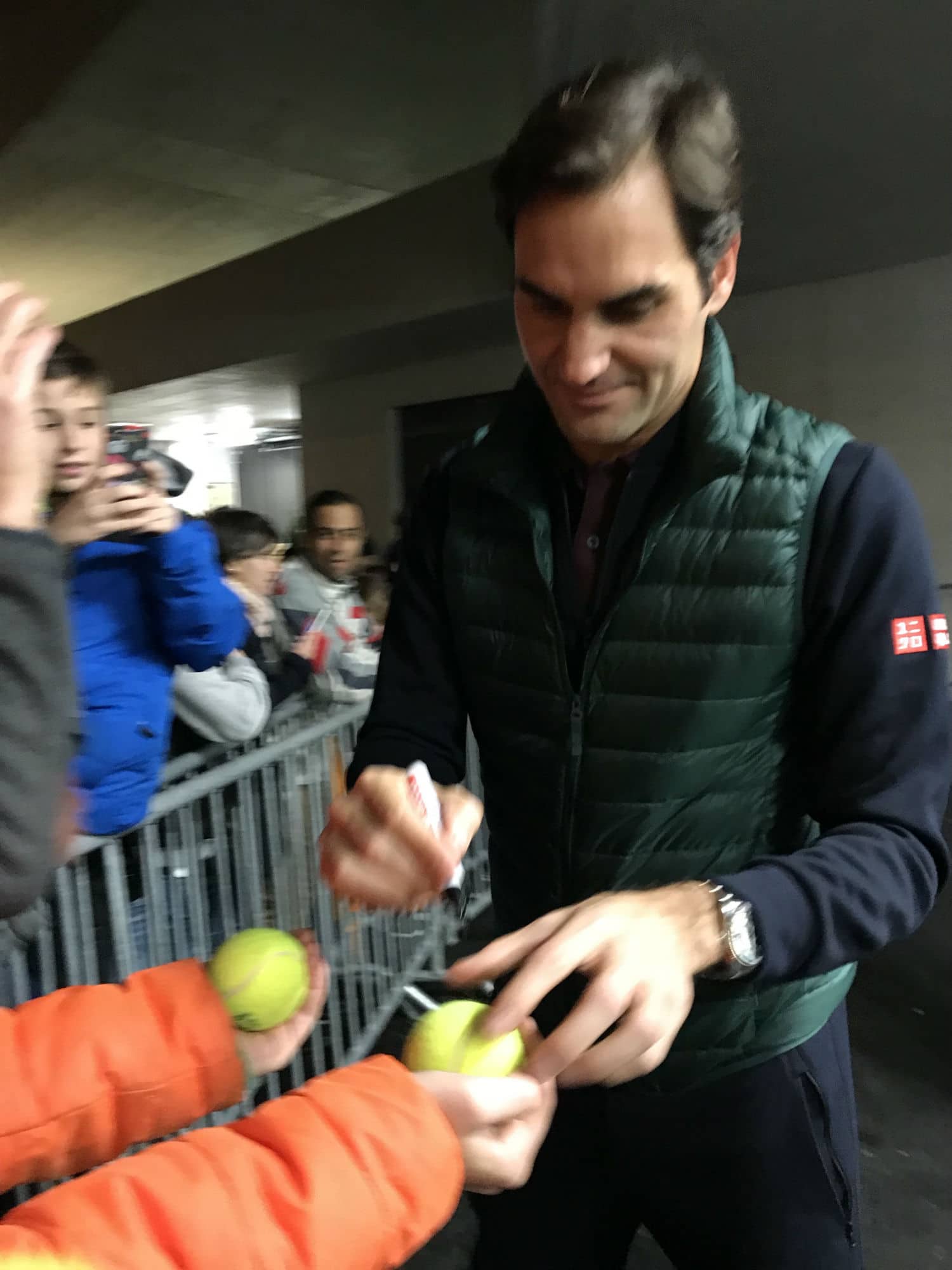 Some of you want to hear the selfie story and see the pic 😆 ?

It wasn’t easy. All you can do is hope. Hope to see him. After the semi-final, we missed him as it was raining and he waved at us from his car and drove away. Consolation? Got a selfie with Severin 🙂

After the final, we waited again for nearly 3 hours in the cold. We are about 30-40 people or more. Silly, I know. I couldn’t believe myself doing it either.

Me, I dare not ask him for an autograph let alone a selfie. But fortunately, the friend who was with me is brave enough to already have autographs and photos with top players including Roger at Wimbledon.

C’mooon,  she said. Glad I decided to try. Marius came out long before Roger appeared. He was friendly, happily signed and selfied for fans surely knowing that we were waiting for Fed. So I got a selfie with him, too. Fangirl – I know, Jonathan.

Roger looked taller and slimmer, especially in the dark colour Uniqlo outfit and more handsome in real life than the media photos, we agreed.

He thanked fans who congratulate him, signed the ball and took selfies with each of us waited there. I had an RF cap in my hand when he walked towards me. Hopelessly a star-struck I was, failed to ask for his autographs 😆

When he came around for the selfie, my heart nearly came out of my mouth. I was shaking (was cold, you know) so he picked my phone and took a pic for me. I am dead.

Well, you wouldn’t want to see 90-year-old Sophie (my icon) with the GOAT, would you? So instead, I will share a video clip to show you how incredibly gorgeous, patient and sweet Roger was in person. How could anyone not love him?

The whole thing went great. Apart from the damage to my bank account. Everybody was happy. The whole city seemed happy for their hero.

The local newspapers’ front pages on Monday were Roger with the trophy. We're all on Cloud 999…except perhaps Mr Burning-Forest? He looked glum and nasty when I saw him chatting with a lady near us in the bar. What’s wrong with him, really?

Bravo, Roger! And many thanks to Jonathan for the great job day and night. Thanks to all who thought of me and cheered for Fed to make to the weekend.