It was a long time coming but the Swiss Indoors draw for 2018 is now available and Roger will be starting his home tournament on Tuesday against Filip Krajinovic. You can see his projected opponents below: 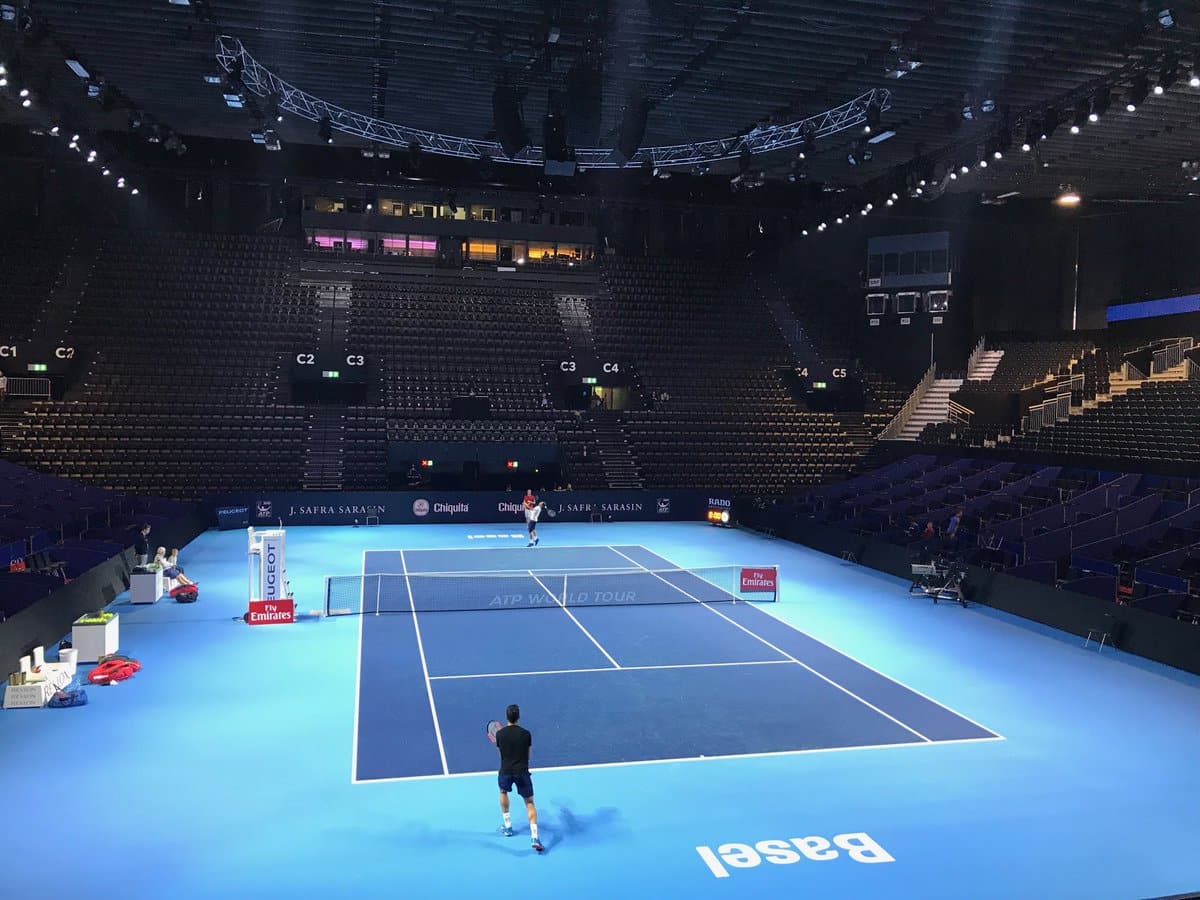 First up is the Serbian Filip Krajinovic who got in a couple of indoor matches earlier this week at the Kremlin Cup. Krajinovic is 13-14 W/L for the season to date but it was around this time last year when he found some real form, winning a challenger and then making the final in Bercy. Roger has played him once before this year in Indian Wells for the loss of just three games so he's a big favourite heading into this one.

Round 2 could see a US Open rematch against John Millman if the Aussie overcomes big hitting Struff in his first round. I make the German favourite to win that though, he serves big and indoor conditions should help his game.

Either way, Roger lines up as the favourite whoever he meets. The conditions are out of the equation this time around so it's unlikely Millman wins again should that happen. Struff is the more dangerous opponent for Roger but he's yet to drop a set against him in three meetings, two of which were at Slam level this season.

For the quarter-final, Jack Sock is the seeded opponent after he took a Wildcard into the event. Sock's had a woeful season on the singles tour and it could be about to get a whole lot worse when he inevitably drops his Paris Masters points next month. He has a rematch against Ernests Gulbis first though who beat him in Sweden this week.

The Latvian is flying at the moment and is in tomorrow's Stockholm Open final against Tsitsipas after beating Isner today. So that's no given for Sock but it's hard to see Gulbis playing well in back to back tournaments. But anyway I'd imagine Gilles Simon or Leo Mayer are Roger's most likely opponents for the Quarter Finals. Simon won the Moselle Open a couple of weeks ago and he's usually pretty good indoors so he's my pick to come through. When those two meet it's usually a nailbiter or Roger wallops him so I'm hoping for the latter 😀

Into the semi-finals and the seeded opponents are Tsitsipas and Medvedev. Like I mentioned Tsitsipas is playing the Stockholm final tomorrow and Medvedev has just played the Kremlin Cup where he lost in the semifinals to Khachanov.  As a result, both guys have a few indoor matches under their belts and I'd imagine they face off in the Quarter Finals. Seppi and Chardy are the only other names that really pose a threat in that section.

As for the final, Zverev is the top seed and probably the favourite to come through that half. Cilic is in there too and he can play well indoors but he's coming in off a very poor Asian Swing. Wawrinka is also in this half but his Basel record has never been one to write home about even in his slam winning years. Bautista Agut is the outside chance to come through after playing well in Shanghai in his loss to Roger and as you can see they practised together this week.

My expectations? Not really sure, Fed played ok in Shanghai but flopped against Coric and there's no doubt a good chunk of players in the drawer who will fancy their chances against him given some of his recent losses.

What do you guys think of the draw? Confident Roger can defend his title? Let me know in the comments.