The Australian Open Draw for 2019 is here and defending champion Roger Federer will start his campaign again Uzbekistan's Denis Istomin in his opening match on Monday.

The Swiss is in the bottom half of the draw along with Rafael Nadal, Marin Cilic and Kevin Anderson. The opposite half sees Novak Djokovic paired with Sascha Zverev, Dominic Thiem and Kei Nishikori. 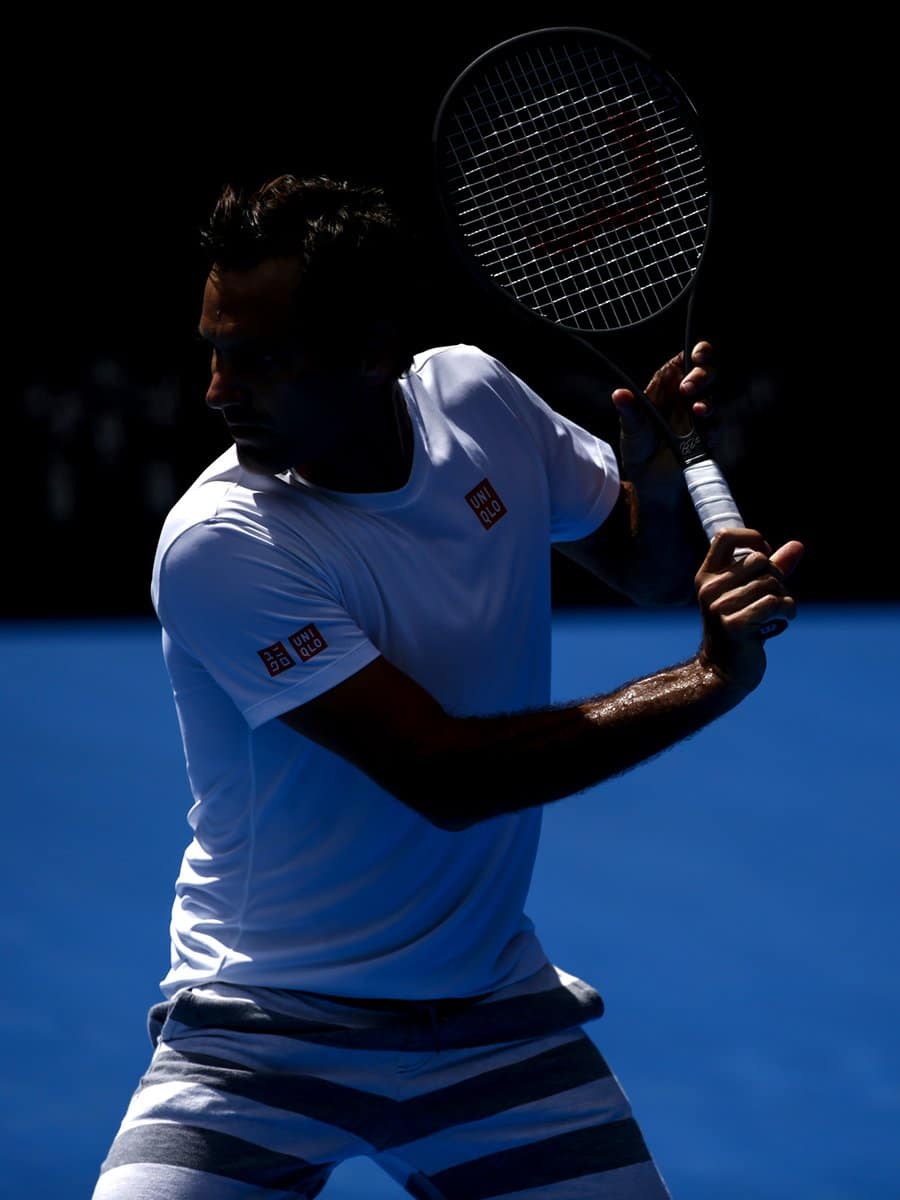 So first up for Fed is Denis Istomin who famously beat Djokovic at the 2017 Australian Open. I'm hard-pressed to think of a memorable match the Uzbek has played since.

He did win a challenger in neighbouring Kazakhstan towards the back end of last year but you have to go all the way back to Kitzbuhel in August for his last ATP win so he comes into the Australian Open fairly undercooked.

Roger leads the H2H 6-0 so I expect a fairly comfortable win for the Swiss. Istomin can hit hard off both wings and can be dangerous on his day but he's never been physically strong over five sets and has a 33-2 losing record against Top 10 opposition.

Qualifying is complete and it's either Dan Evans or Tatsumo Ito as 2nd Round opponents. I think it's an impressive job from Evans to qualify and I'm guessing he's put in some hard yards over the winter. I think he's the favourite to come through in either 4 or 5 sets. The Brit won their sole meeting at a Challenger in 2016 and I reckon he has too much variety for Ito. Should he play Fed then it could be a fun match, Evans plays some decent tennis and can trouble players a lot higher in the rankings. Can he trouble Fed? Probably not, as it's not a great matchup for him.

The third round then sees Monfils as the seeded opposition. The Frenchman was due to play in Auckland but he withdrew due to an injury so I'm not sure if he's fully fit. Perhaps Cam Norrie can put a run together as he's just beaten Paire, Sousa and Fritz en route to the Semi-Finals at the ASB Classic. The Brit faces Fritz again the first round and his game is very solid so I like his chances of setting up a Hopman Cup rematch.

Should Roger make the second week, his seeded opponent for the fourth round is another Hopman Cup opponent, Stefanos Tsitsipas. There's not too much in that section so I'm guessing it will be a straight shootout between the Greek and Nikoloz Basilashvili as to who makes the Fourth Round.

We saw in Perth Tsitsipas can go toe to toe with Roger so that's a tricky match. Over Best of 5, you have to fancy Federer to come through but it might not be plain sailing. Should he face the Georgian that's also a tricky encounter, he's come on leaps and bounds since Roger defeated him in the first round in Melbourne three years ago to break into the Top 20.

Moving into the last eight and last years losing finalist Marin Cilic is projected to reach the Quarters. The Croat had to withdraw from Pune with a knee injury but he was able to win both his matches at the Kooyong Classic against Kevin Anderson and Fernando Verdasco so I'm assuming he's fit to play.

Cilic's quarter isn't a given though as Bautista-Agut, Khachanov and Verdasco are in that section. He also has to see off Bernard Tomic in the first round who plays well down under from time to time. Last years surprise package Tennys Sandgren is also in that quarter, he's made the semifinals in Auckland and seems to enjoy playing in this part of the world.

As for the semi-finals, Nadal is the Number 2 seed but he heads in with a few question marks about his thigh. He's told the press he's feeling fine though after withdrawing from Brisbane so you can never count him out. He's apparently been working on changing his serve in the off season so it will be interesting to see if he can win more cheap points on serve which makes him far more dangerous.

Then the final naturally sees Djokovic as the projected finalist. He's had a fantastic last 8 months or so and heads into Melbourne as the betting favourite. Zverev is the fourth seed but from what I've read he's picked up some sort of hamstring injury in training.

Elsewhere in the draw, there are some interesting first-round matches. Andy Murray has a real baptism of fire in his first Australian Open since 2017 with an encounter against Bautista-Agut. The Spaniard is the last guy you want to meet when you're coming back from injury as he's rock solid.

From all reports Murray completely bombed against Djokovic in their practice match today, losing 6-1, 4-1 when it was prematurely stopped. Apparently, he was grimacing and limping between points too which isn't a great sign. Although Murray did that when he was winning slams 😆 so maybe you can't read too much into it but I don't feel too confident about his chances.

Raonic against Kyrgios is another match that stands out and will likely be a serving contest. As mentioned Tomic against Cilic also has the potential to be an interesting first round should Bernard come to play.  I expect we'll see a couple of early upsets so I'm looking forward to seeing how it all pans out.

I'm sure Roger's projected draw will be torn up by day 3 or 4 so hopefully, he can take care of his end of things and get into the business end of the tournament where anything can happen.

What do you guys make of the draw? Let me know in the comments.