Roberto Bautista Agut has won the Qatar Open for the second time in his career. The Spaniard's progress through the draw was relatively smooth until he came up against Karen Khachanov in the semi-finals.

The Russian used his powerful forehand to deny any chance of Agut controlling the rally and took the first set with ease.

Agut tried to come forward and take the ball on the rise, but Khachanov's shots were so fast Agut was forced to retreat, exposing vulnerable court space on his deuce and ad flanks. +

Khachanov deployed risky tactics that paid off, hitting inside-out or down the line shots that were dangerously close to the lines but found their mark.

The Russian's confidence peaked but overstretched his tactics. He came into the net when it wasn't necessary and was easily passed by Agut or fumbled the ball when attempting a volley.

As unforced errors began to creep in from his opponent, Agut's belief started to rise, hitting with greater length and creating winners even from a deep position behind the baseline. Agut eventually won the match 2-6, 6-3, 7-5.

In the final, Agut faced Nikoloz Basilashvili, who had defeated him in the 2021 Qatar final.

In that match, Basilashvili won by keeping tight to the baseline and hitting flat, taking time away and hitting penetrative shots that skidded through the court and were challenging to return.

This time, Agut adjusted his strategy by stepping forward to the line at pouncing on any short ball from Basilashvili to attack.

Now it was the Georgian on the defensive, as Agut's quick reactions neutralised Basilashvili's aggressive returns of serve.

Like in the semi-final, Agut's rally balls gained more depth and kept him in the rally until Basilashvili made an unforced error. The victory was swift, Agut winning 6-3, 6-4.

Across continents in France, Rublev triumphed in Marseille to win a ninth career title.

In Rublev's semi-final match, he came through in three sets against Benjamin Bonzi after losing the second. Bonzi hit corner to corner, denying Rublev the chance to properly set up his legs on groundstrokes and display his legendary power.

However, Rublev adjusted by stepping back and built-up speed behind the line. He gradually came forward, easing Bonzi into retreat and creating a winner on the forehand wing. The strategy helped Rublev win 6-3, 4-6, 6-3.

Rublev's opponent was Felix Auger-Aliassime, who came in hot off his maiden title in Rotterdam last weekend.

After recovering from an early break of serve in the first set, Rublev broke back by targeting Auger-Aliassime's backhand for a 1-2 score.

In a sensational point at 2-all in the first set, Rublev just managed to make the return from a booming serve from Felix, who was ready to hit a bounce-smash. The ball landed right near Rublev, who redirected the ball into the open court with lightning-fast reactions.

Fast serves and short takebacks on his groundstrokes enabled Rublev to make quick one-two punches, winning the point with little effort. He was also effective at moving Auger-Aliassime across the baseline and not allowing him to build up the rhythm on either of his groundstrokes – something that was so effective for Felix in Rotterdam, but here was unable to do.

Rublev also showed incredible footwork, anticipating when Auger-Aliassime would target his ad side, then set up his right leg to redirect the ball with his backhand for a down the line winner.

On match point in the final set tiebreak, Rublev served out-wide and stretched Felix on his forehand side, who made a short return. Rublev came forward and swatted the ball away into the open court, winning 7-5, 7-6(4).

Does Marseille mean Felix's chances of future titles remain uncertain, or is this just a blip in his progress?

And can Rublev and Agut repeat their success at the all-important Indian Wells and Miami Masters 1000 events? Let me know in the comments below. 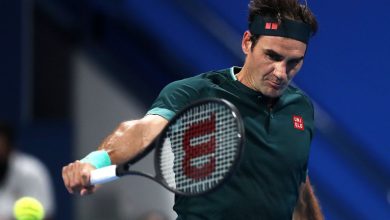